Nadal vs Federer: a biased guide to the greatest sports rivalry ever to hit Cape Town

The upcoming Nadal-Federer match in the Mother City will be a contest between gods, says Eckhard Cloete

"Have you heard?" a colleague asked me sometime in the middle of last year. "Federer and Nadal are playing in Cape Town."

For me, the news was the equivalent of telling a computer hacker Julian Assange was coming down for a game of Minecraft at a coffee shop in Green Point.

After all, my motto on the court is "What Would Federer Do?" I've modelled my technique on his. Indeed, in my finest amateur moments, I actually believe, for a split second of insanity, that I might be feeling what Roger feels like after hitting a glorious single-handed backhand down the line. Like a god.

Oh, and then there's the other guy. He can kind of play too (but we'll get to that in a second).

After the news broke, frenzy ensued. People were buying tickets from someone who met someone on the internet who knew a guy's cousin in Belarus. Was it for real? Are tickets really going for thousands of rands? How were they expecting to fill the Cape Town Stadium and set a world-record for a tennis match of 50,000 spectators if ordinary people couldn't afford the entrance fee?

Fortunately, sanity prevailed and organisers The Match In Africa announced that tickets would be available from R150 for the plebs. And then things really got out of hand. Within 10 minutes, all tickets were sold out online.

Fans were fuming. Internet connections were strained. (In fact, I know a guy whose laptop burst into flames while he was furiously clicking the refresh button.) Club players around SA bemoaned the fact that the organisers weren't making tickets available to them first. After all, they'd earned the right with countless hours of league tennis in the scorching sun and had the knee surgery bills to prove it.

But, as tennis commentators love to say, there's no margin for comments on the scoreboard. And you either have a ticket, or you don't. In which case you'll watch on SuperSport. Which means you'll actually be able to see the ball (as opposed to trying to find a moving ball with binoculars 6km up in the top row of the stand). 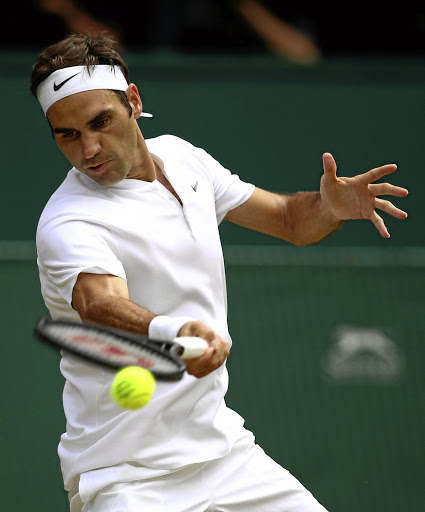 I saw it again with my own eyes last week as a slightly injured Roger Federer saved seven match points to beat Tennys Sandgren at the Aussie Open. Point is, you can bet your life that they'll both want to win, regardless of whether it's official or not.

The rivalry is, of course, the greatest one in the history of tennis, possibly in all of sport. And the reasons are multiple. It's a classic right-hander vs leftie battle. Fed vs Rafa. A match-up of elegance and class vs brute force and testosterone. Old-school, all-court offensive tennis vs modern baseline persistence and heavy top spin counter-punching. The stealth and grace of a cat vs the intimidating grunts of a raging bull (even worse when he's wounded).

The fact that it's still continuing in 2020 at the very top of the game is astounding, given that they first met on opposite sides of the net in 2004 when Nadal was 17 and Federer 23 (Nadal won in straight sets).

The overall head-to-head is 24-16 to Nadal. What's fascinating to tennis aficionados, though, is the more subtle nuances and shifts of momentum in the rivalry. Nadal has always dominated on clay and leads 14-2. Federer has had the edge on grass and leads 3-1. Federer is slightly ahead on hard courts and leads 11-9.

After the epic 2008 Wimbledon final (regarded by many as the greatest tennis match of all time), the momentum seemed to swing Nadal's way. However, in the Australian Open Final in 2017, Federer beat Nadal for the first time in a grand slam final since 2007 - a win that kickstarted an incredible resurgence in a career everyone had thought was basically over.

Three years down the line, and the two are still at the very top of their game. In fact, both their games are more complete than ever. A cut above everyone else who's ever held a racquet (except maybe that damn Serbian).

What we will see when the pair meet on the court in Cape Town is not a mere game of tennis. It's a chance to spend a couple of hours in the presence of the gods. May the best man (Federer) win.

• Tickets to The Match in Africa are sold out, but SuperSport will broadcast the event on February 7 at 18:30.

• Cloete is a copywriter and three-time defending champion at the Gardens Lawn Tennis Club in Cape Town. He has a ticket.