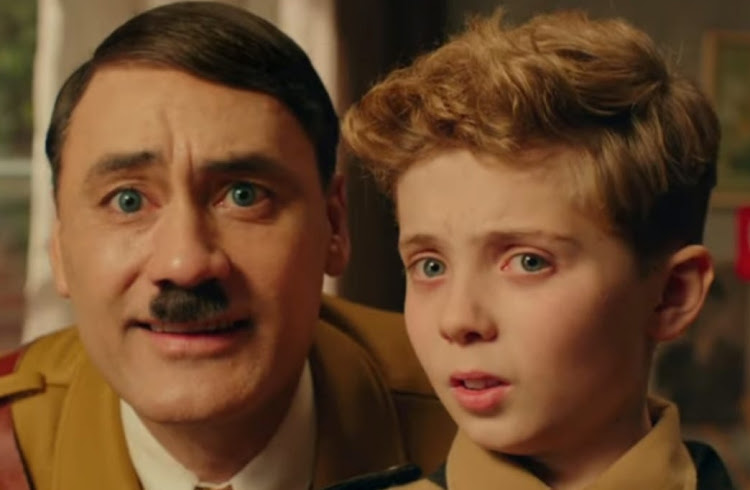 On the surface of it, the premise of Taika Waititi's film Jojo Rabbit may scare off most people from ever seeing it. Based on a novel by Christine Leunens, it's the tricky story of a boy growing up in Nazi Germany who deals with the difficulties of everyday anti-semitic life in the Third Reich with a little help from his mother and his imaginary best friend ... Adolf Hitler.

However, thanks to a superlative cast, a strong balance of jokes and pathos, and a relevant message about the stupidity of hatred, Waititi's film mostly succeeds as a joyous celebration of life and the spirit of youth to conquer the ignorance of blind hatred and outrage. It's a lesson we can all learn something from.

Waititi himself takes on the role of the Führer and adopts the approach that comics have taken to the problem of highlighting the absurdities of evil men since Charlie Chaplin's The Great Dictator - hamming it up and presenting the dictator as a campy, petulant child, imagined through the lens of the rollercoaster of emotions that plague the swiftly changing daydreams of our hero, young Jojo (the cute Roman Griffin Davis).

While everyone's German accents are tinged with a flat New Zealand twang, that's a forgivable sin in the light of the complexities of the performances and the creation of a distinctive and memorable cast of characters who accompany Jojo on his journey to enlightenment.

There's his high-spirited mother (Scarlett Johansson), who's working hard to keep her secrets and the Jewish girl she's hiding in the walls (Thomasin McKenzie) from her too curious son; the pair of nitwits in charge of the local Hitler Youth (played with slapstick inanity by Sam Rockwell and Rebel Wilson) and his already too war- and world-weary best friend Yorki (Archie Yates).

They're all drawn with enough of a heartfelt arc to allow Waititi to make shifts in tone that make the story more than a cheap farce that happens to be set in World War II just for the hell of it.

By its end, the story of Jojo and how he used to be an idiotic Nazi but sure as hell isn't anymore, is one that not only reminds us of the adage that sometimes the best way out of the tragic circumstances of life is to laugh as hard as you can, but also that it's not all fun and games and we need to look beyond the laughs to realise truths about our dark, terrible histories as humans.

• Jojo Rabbit is on circuit

This kykNET film is bursting with minor details that add nuance to its depiction of an ultimately familiar tale of our country's painful past, writes ...
Lifestyle
1 year ago

Based on the true story of the Fox News sexual harassment scandal, this film fails to address some of the flaws of the real-life characters involved
Lifestyle
1 year ago