If you want to keep all the fighting onscreen where it belongs, follow these tips from a fun dad 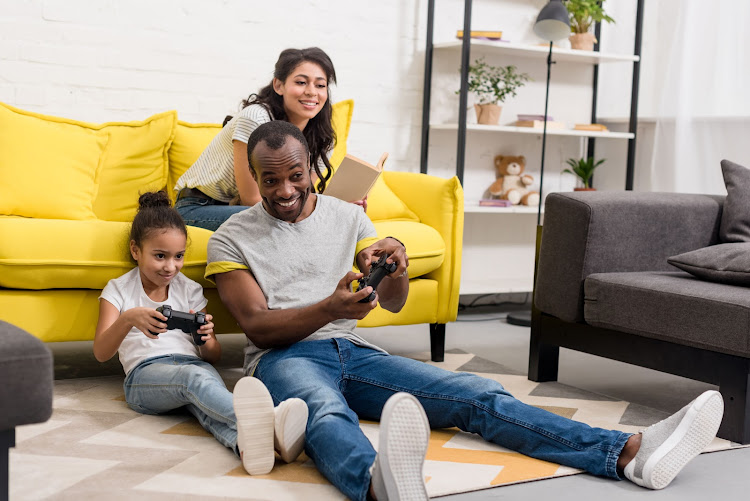 The number one rule of playing video games with your kids? Have fun. Duh!
Image: 123RF/lightfieldstudios

Entertaining children is a difficult business and that's when everything is normal. Trying to keep those lovable Tasmanian Devils busy during a national lockdown is a skill that probably requires a PhD.

That's where gaming comes in. Whether it was groups of neighbourhood kids gathered around the arcade machine at the local shop in days gone by, or working professionals who bet on the outcome of their home Fifa tournaments, playing video games will always be a fun way to bond — provided you do it right.

Games are a tense business. Once you get sucked in, tempers are liable to flare more than a pair of bellbottoms and things get taken very personally. To keep any fighting onscreen where it belongs, follow these golden rules:

If you decided on playing game modes that pit you against your child instead of being on the same side, then it won't be long before they start dreaming of getting you on the wrong side of a continental pillow.

More importantly, you're trying to raise a child, not an adversary, so if you're going to playWWE 2k20, take turns picking teams and achieve your royal rumble dreams together.

A big part of the fun of gaming is getting sucked into a world that you emerge from three days later with pizza stuck to your leg. RPGs (role-playing games) give you that opportunity.

We've never needed an island escape like we do now. This addictive Switch game provides it
Lifestyle
11 months ago

You get emotionally invested in characters and their plotlines and if you get invested, your kids will too. Don't worry about the fact that most of them are one player. Watching someone navigate the lands of Kingdom Hearts III, or any other game, is just as much fun as doing it yourself.

If you are a parent who grew up gaming then console and PC gaming may come a little more naturally to you than it does your kids. This increases the likelihood that you'll become a little instructions monster that wants to interfere at every moment.

Don't do that. No one likes that. Sit on your hands and chime in only when you are asked, otherwise hold your tongue. Half the time you end up just dadsplaining anyway.

Conversely, if you know your little blighter is a know-it-all, indulge them. If it ends in your virtual death then so be it.

That said, much like with movies, a little bit of parental discretion can be exercised when gaming with the kids. Fortnite tends to carry an age rating of 12 because it involves a lot of combat, but I have seen more graphic violence on Cartoon Network than in the Fortnite universe.

Point being, don't stick too closely to the rules because that almost always ends up in people playing something boring.

• This article is adapted from one that appeared in a print issue of the Sunday Times Lifestyle supplement.

From the F1 Grand Prix to the Porsche Supercup, there's enough virtual races to keep even the most ardent of car nuts busy during self-isolation
Lifestyle
1 year ago

Stephen Haw returned from a weekend away to find himself under 'house arrest' in the wake of the Covid-19 pandemic. Here's a little taste of what ...
Lifestyle
1 year ago

How to limit kids' screen time during lockdown, according to digital guru