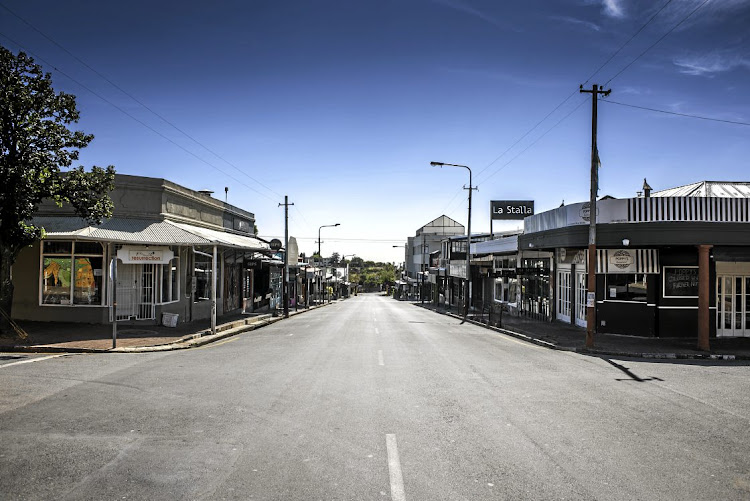 Like virtually all industries, the automotive sector has come to a screeching halt during the national lockdown.

You will find no fresh metal in motoring publications. There is none to showcase. Product launches and sales are non-existent. The forecast is expectedly gloomy - and will be until a semblance of past normality returns.

One silver lining, for what it may be worth, is that car manufacturers of the world have shown a commitment to serving humanity in this dire time of need. Some have begun assisting with the production of ventilators, among other medical paraphernalia. Others have availed their fleets and resources to causes working tirelessly in alleviating the devastation of the Covid-19 pandemic on vulnerable members of society.

Our job as chroniclers of all matters pertaining to wheels continues, even though it's not from behind various dashboards for now. Mobility has remained a notable part of the news mix, particularly in the sphere of public transport, where certain steps (and missteps) from the minister in question have been well-documented.

With our journalistic services permits displayed through the windscreen, we set out to document what some of the usually busy driving routes encountered daily now look like under lockdown. 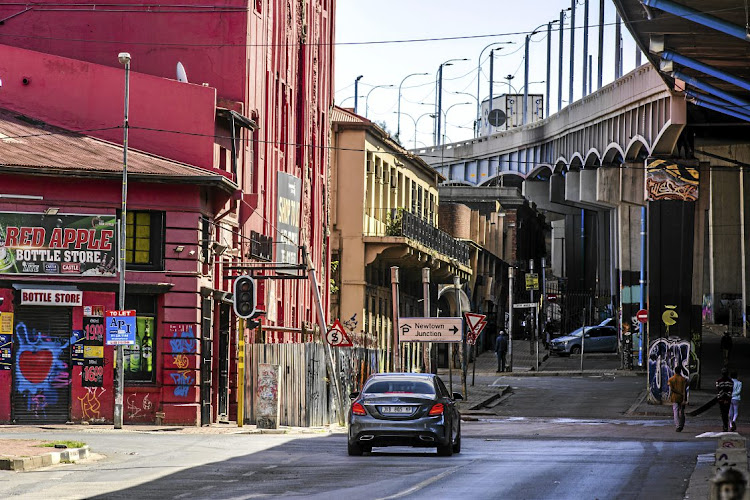 A view of Newtown during lockdown
Image: Waldo Swiegers

As the rumble drew closer it turned out to be the unlikeliest of sights. A green Mercedes-AMG GT R. Hardly the most practical of grocery-getting machines. Hastily, my smartphone camera caught a blurry snap of the rapidly accelerating car for Instagram.

As we drove over Nelson Mandela Bridge a security guard standing watch looked on curiously. Not much foot traffic - or vehicle traffic - to observe save for minibus taxis trekking across from the Bree Street rank. 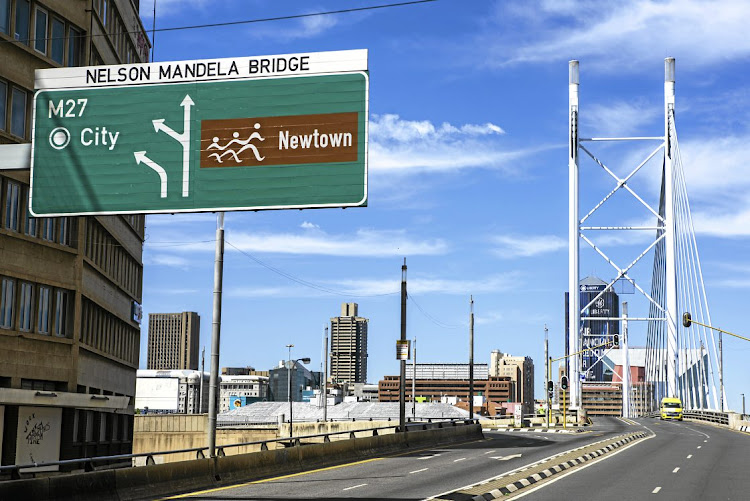 A view of the Nelson Mandela bridge during lockdown.
Image: Waldo Swiegers 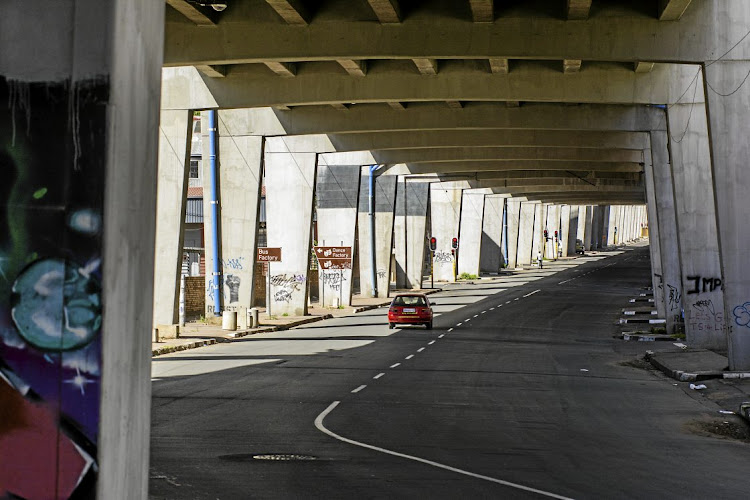 A lone car on the highway.
Image: Waldo Swiegers

Next visit, the popular 7th Street in Melville. Under normal conditions, at noon on the day preceding the weekend, it would be simmering in a vibe of people, chatter and music. Now it was simmering in silence.

A lonely red Kia Rio sat outside the pharmacy. The pet store was open. Its minder, sitting on the sidewalk, enjoying a stick of nicotine. An eerie sense pervaded as we looked on at the space outside the popular establishment where revellers lost their lives earlier this year in a shooting incident that marred the start of 2020. Time for us to go.

Never had such an efficient, traffic-free trip to Sandton been taken - and never had the richest square mile in Africa seemed so down on its luck. On the unopened bridge linking Katherine Street to Wynberg, the odd pedestrian strode past while we were busy shooting. There were lengthy intervals between the time that vehicles passed below on the M1 freeway. 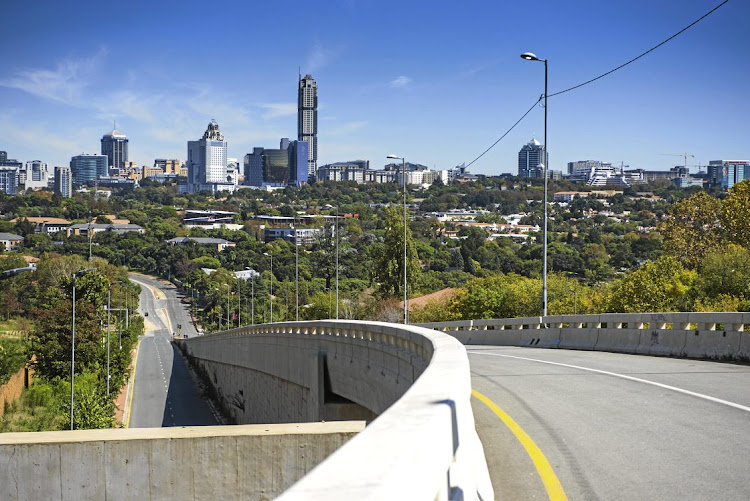 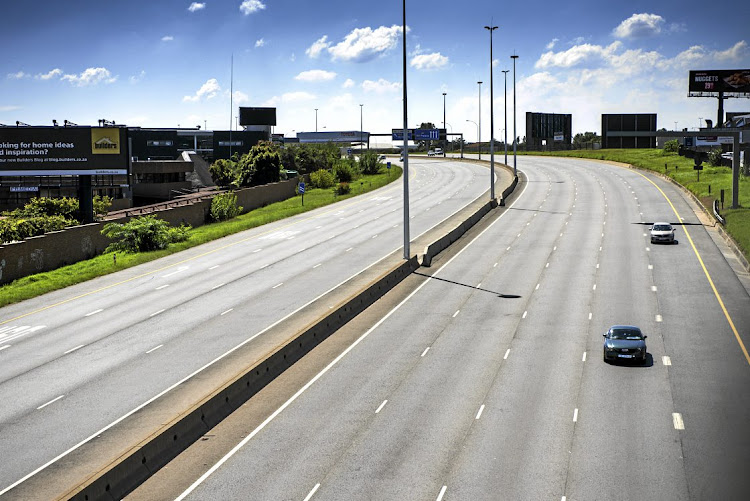 A view of the highway.
Image: Waldo Swiegers

Last stop, OR Tambo International Airport. Purely for the novelty of seeing what its terminals look like when not crowded by straggling cars delivering and collecting travellers, impound trucks looking for victims and parking valets in luminescent vests.

As we approached the departures ramp we drew to a gentle halt at a roadblock. The officer was about to let us through. Then he decided it would be prudent to check with a supervisor first. Apologetically he said we would need to get permission from Airports Company South Africa before proceeding with the mission.

No protest from us in the little Volkswagen Polo - we said a friendly thank you then turned the car around and nosed it back.

IN PICS | What life on Jozi's streets looks like in lockdown

Funny, poignant, weird, playful, these photos celebrate a city’s humanity even when there are very few humans around
Lifestyle
2 years ago

From the F1 Grand Prix to the Porsche Supercup, there's enough virtual races to keep even the most ardent of car nuts busy during self-isolation
Lifestyle
2 years ago