Is it freedom we so vehemently miss, or the illusion of stable continuity, asks Paula Andropoulos 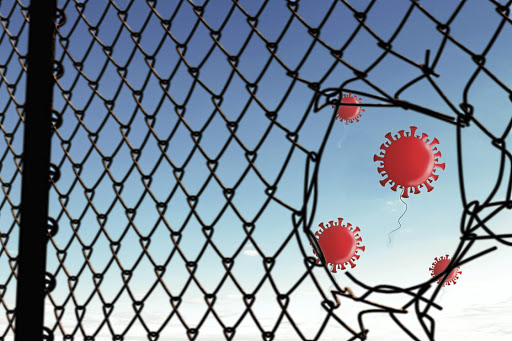 'If the current crisis has made me certain of anything, it's that there is nothing straightforward about our relationship to reality.'
Image: Siphu Gqwetha/Gila Wilensky123RF

In the last book of hers that would be published in her lifetime, Susan Sontag wrote: "No 'we' should be taken for granted when the subject is looking at other people's pain."

Sontag didn't believe that looking at shocking wartime photographs was enough to affect a genuinely transformative, empathetic reaction on the part of remote viewers, let alone work as a deterrent to future wars; but the truth of her statement, I think, transcends its application to photojournalism.

It goes without saying that being confined to our homes on the orders of the government is antithetical to our received notions of freedom. Especially for the post-apartheid generation of South Africans to which I belong, curfews and prohibitions are unfamiliar (and unwelcome) chafes, harbingers of chaos and repression - repression in the name of curtailing chaos.

I can only imagine how evocative and distressing the present circumstances might be to people who endured them in the past, under the apartheid government. Freedom, we know by now, is so hard won, and then so easily dissipated.

That said, we have, at this juncture in the 21st century, an unfortunate tendency in democratic countries to wield our "freedom" like a cudgel against any person or rule that threatens to interpose itself between us and the object of our desire, however superficial.

And you needn't make a study of Machiavelli to discern that human beings are not naturally or consistently altruistic enough to be left to our own devices, especially not where the wellbeing of strangers is at stake.

Most of us really dislike bearing witness to other people's pain ... but it seems, we wouldn't go out of our way to prevent it, not organically

Most of us really dislike bearing witness to other people's pain - we would certainly not willingly precipitate it. But neither, it seems, would we go out of our way to prevent it, not organically.

When, in the first throes of Covid-19's onset outside southeast-Asia, we were asked to stay home, we disdained to do so - look at New York. Look at London. Look at us - we can hardly reconcile our fear of this virus with our resentment of the mandatory lockdown (and its extension), in spite of the fact that most middle-class South Africans know by rote that SA has the biggest HIV epidemic in the world. In effect, that means that more than 7-million immunocompromised South Africans now have to contend with a highly contagious respiratory virus - unmediated, as things currently stand.

One person's rights are laden with the spectre of a thousand last rites to follow.

I wonder if we dislike the restrictions with such vehemence not so much because we actually resent governmental checks on our mobility or our autonomy, but because they forcibly rupture the operation of the comforting illusion of business as usual. They interfere with our would-be complacency, with the automatic impulse to downplay the severity of the crisis at hand, even at the expense of its quick solution.

If the current crisis has made me certain of anything, it's that there is nothing straightforward about our relationship to reality. We are psychologically ill-equipped to come to terms with the fact that there is no cosmic ordinance underlying our tenure on Earth - it simply is, and it could almost just as simply not be.

We have been horribly reminded, for the first time in rather a long time, that however evolved our minds and our medicines - however complete our dominion over Earth - we remain blips in time; incidental, wonderful, terrible, and utterly transient and unimportant.

We have been horribly reminded that however evolved our minds and our medicines, we remain blips in time

One can hardly blame us for clinging with desperation to the last semblances of normality: in a matter of months, we have been all but felled by an agent devoid of either malice or discretion. By conventional biological standards, our antagonist isn't even alive. We're confused. The rules do not apply.

Plague, unlike the wars we wage against each other, defies armistice. And our freedom fosters contagion.

Under siege as we universally are, our individual egos must now be sublimated to the greater good. There is a hierarchy of values, and - while I am sure not everyone will agree with me - I have to believe that life is more precious and more fragile by far than freedom.

"Freedom" is a very important, fundamentally relative ideal, which is revoked and restored in many different ways, many times over the course of an individual lifespan. Life itself is not amenable to any such volatility.

Why do people buy in to crazy coronavirus conspiracy theories?

As Covid-19 spreads around the world, so too does fake news and myths about malevolent forces causing the pandemic, writes Monique Verduyn
Lifestyle
1 year ago

Some of the false claims being made about the coronavirus are harmless. Others can be potentially dangerous
Lifestyle
1 year ago

Could lockdown be the final nail in the coffin of the nuclear family?

IN PICS | What life on Jozi's streets looks like in lockdown

Funny, poignant, weird, playful, these photos celebrate a city’s humanity even when there are very few humans around
Lifestyle
1 year ago