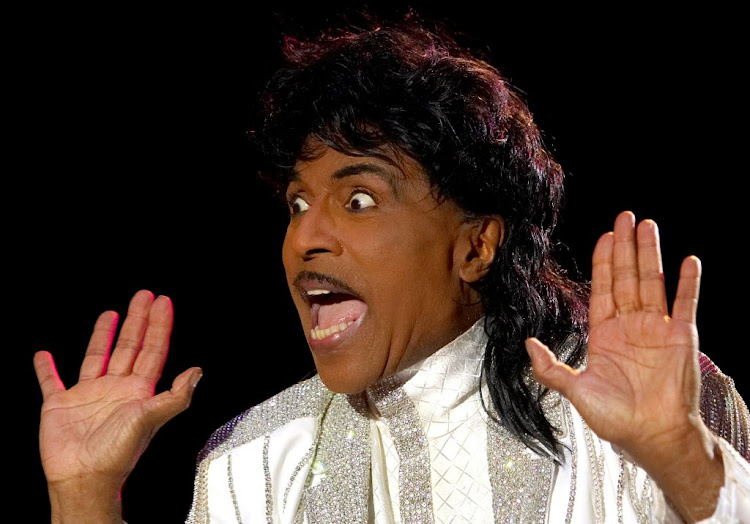 Little Richard, the self-proclaimed "architect of rock 'n' roll" who built his ground-breaking sound with a boiling blend of boogie-woogie, rhythm and blues and gospel, died on Saturday at the age of 87, Rolling Stone magazine reported.

Richard influenced legions of performers whose fame would eventually outstrip his own. His son, Danny Penniman, confirmed his death to Rolling Stone, but said the cause of death was unknown.

Richard's bass guitarist, Charles Glenn, told celebrity website TMZ the musician had been sick for two months and that he died at his Tennessee home, surrounded by his brother, sister and son.

Glenn told TMZ he spoke with Richard on March 27 and the singer asked him to visit, but he could not because of the pandemic. He said Richard was like a father to him, and would sometimes tell him, "Not to take anything away from your dad, but you're my son."

At his peak in the 1950s and early '60s, Richard shouted, moaned, screamed and trilled hits like "Tutti Frutti," "Long Tall Sally," "Good Golly, Miss Molly" and "Lucille," all the while pounding the piano like a mad man and punctuating lyrics with an occasional shrill "whoooo!"

Time magazine said he played "songs that sounded like nonsense ... but whose beat seemed to hint of unearthly pleasures centred somewhere between the gut and the gutter."

The music drew in both young black and white fans at a time when parts of the United States still were strictly segregated. Many white artists, such as Pat Boone, had their own hit versions of Richard's songs, albeit considerably toned down and "safer" for the pop audience.

"I've always thought that rock 'n' roll brought the races together," Richard once told an interviewer. "Although I was black, the fans didn't care. I used to feel good about that."

Mick Jagger, Paul McCartney, James Brown, Otis Redding, David Bowie and Rod Stewart all cited Little Richard as an influence. Jimi Hendrix, who played in Richard's band in the mid-1960s, said he wanted to use his guitar the way Richard used his voice.

Kirk Douglas, who has died at the age of 103, was a towering figure in Hollywood’s postwar golden age, the lantern-jawed star of more than 80 films ...
Opinion & Analysis
1 year ago

Terry Jones, who has died at the age of 77, was one of the six original members of the Monty Python team, alongside John Cleese, Eric Idle, Michael ...
Opinion & Analysis
1 year ago