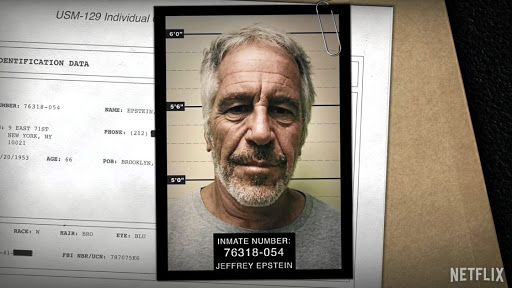 In 2003, journalist Vicky Ward wrote a profile for Vanity Fair in which she attempted to shed some light on one of New York society's most elusive and mysterious figures - a very wealthy, very connected, good-looking middle-aged bachelor named Jeffrey Epstein who owned one of Manhattan's largest residential properties - a 15,500m² townhouse, a sprawling ranch in New Mexico, a mansion in Palm Beach, a luxury apartment in Paris, a private island in the Virgin Islands (which he liked to refer to as St Jeff's), private jets and a helicopter.

The profile hinted at the billionaire's penchant for young female companionship, some of his secretive and questionable financial dealings and his philanthropy in the world of science and the arts, but overall The Talented Mr Epstein came off as a Gatsby-like figure who was skilled at making money for billionaire clients, a rigorous faith in the benefits of yoga training and healthy green eating and a close-knit circle of wealthy and influential friends. These friends all knew less than they would like to about him but liked what they knew enough to offer praise.

What was not included in the profile was a darker and more disturbing story from Epstein's past that involved allegations of underage sexual abuse made by two sisters who'd crossed paths with him a decade earlier and whose lives had been irrevocably scarred as a result.

Their names were Maria and Annie Farmer. Although they'd reported Epstein and his longtime partner and alleged enabler Ghislaine Maxwell to the FBI in 1996, nothing had come of their allegations.

A federal judge on Thursday formally dismissed the criminal sex trafficking case against financier Jeffrey Epstein in light of his death in jail ...
News
1 year ago

Ward had interviewed the sisters and included their allegations in the original draft of her article but Vanity Fair editor Graydon Carter dropped the sisters' story from the piece, ostensibly because it did not meet the magazine's editorial standards.

As is now revealed in Jeffrey Epstein: Filthy Rich, Netflix's deeply disturbing four-part documentary series, Carter's decision was more likely motivated by threats that Epstein made and the appearance of a severed cat's head at the editor's front door one morning shortly before publication.

It's one of several stories that establish Epstein's belief that his power, wealth and influence would always be enough to ensure he was able to, as bestselling author James Patterson puts it, "get away with things that most people can't".

With the benefit of hindsight, one can only imagine what would have happened had the accusations of the Farmer sisters been included in the Vanity Fair article. Things might have taken a very different course and the 15 years of abuse that Epstein would go on to inflict on hundreds of underage girls at his homes in Florida, Paris and the Virgin Islands might have been prevented.

Since his arrest in July last year on charges of sex trafficking and his subsequent suicide in prison in August, Epstein's name has become synonymous with what one lawyer interviewed for the series describes as a "paedophile pyramid scheme". Epstein lured underage girls into his web through money and the offer of a lifestyle beyond their wildest imaginations.

These promises kept them in his clutches long after the initial abuse had shattered their innocence, after which he used them to recruit further victims for his perversions and offered them as trophies to a cohort of powerful friends. Some of those powerful friends allegedly included Prince Andrew and Epstein's lawyer Alan Dershowitz.

Produced by veteran true-crime documentarian Joe Berlinger and executive produced by Patterson - a former Palm Beach neighbour of Epstein's - the series is not for the faint-hearted. It delivers on its opening warning that it "contains graphic depictions of sexual abuse involving minors, which may be disturbing for some viewers".

This is not a "Netflix and chill" series but it is vitally important in exposing the decades-long hell that Epstein subjected so many of his victims to. In the documentary they tell their stories in graphic and uncomfortable detail, painting a picture far removed from the Gatsby-like figure that readers of Vanity Fair and other publications were presented with in the early 2000s.

The series also offers a searing indictment of money's ability to corrupt and influence the US justice system, particularly with regard to Epstein's initial conviction and joke of a jail sentence, served in 2008 for procuring a minor for the purposes of prostitution. He served the sentence by spending 12 hours a day, six days a week outside of prison and continuing as if nothing had happened before his early release and flagrant violation of parole. 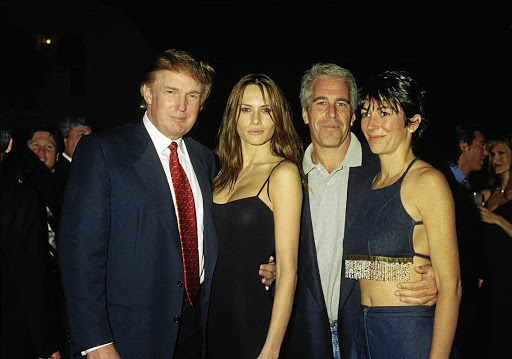 Several figures involved in the Epstein scandal are noticeably absent - in particular his main alleged procurer, Maxwell, and many of his wealthy, high-profile associates like Bill Clinton, Prince Andrew, US President Donald Trump and former US attorney and cabinet member Alex Acosta, who negotiated Epstein's 2008 plea deal.

But the overwhelming patterns of nefarious and criminal behaviour presented by the testimony of his victims is enough to dispel any idea that Epstein was anything but a monster and the footage presented from depositions in which he knowingly smirks, pleads the fifth and refuses to answer questions is sickening and deeply unsettling.

Whether or not he killed himself in prison or whether he was removed by an unseen powerful hand that didn't want him to talk is just a footnote in the history of a twisted and evil man whose life illustrates the idea that power corrupts and absolute power corrupts absolutely, leaving terrifying shadows trailing broken souls in its wake.

• 'Jeffrey Epstein: Filthy Rich' is available on Netflix from May 27.

This documentary reminds us that before Covid-19, corruption was South Africa's disease
Lifestyle
1 year ago

'Killer Inside: The Mind of Aaron Hernandez' attempts to uncover who or what is responsible for turning the high-performance athlete into a murderer
Lifestyle
1 year ago

Based on the true story of the Fox News sexual harassment scandal, this film fails to address some of the flaws of the real-life characters involved
Lifestyle
1 year ago