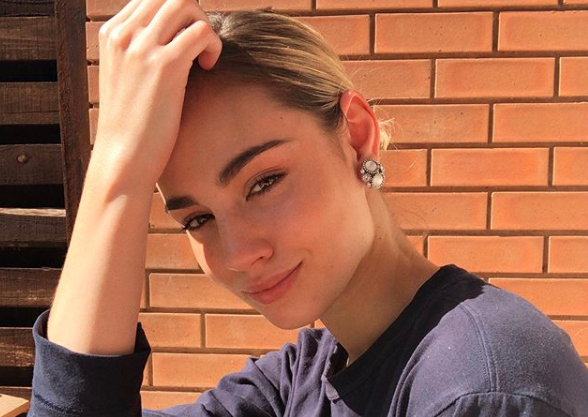 Model Bianca Schoombee has revealed how she received death and rape threats amid public criticism about her racist tweets posted years ago.

The tweets, in which she repeatedly used the N-word, body-shamed women and referred to them as "b**ches and s**ts", resurfaced last week.

Schoombee maintained she is a different person to who she was when she shared the tweets at the age of 14, and said God has forgiven her.

The former Miss SA entrant said she had also forgiven those who attacked her on social media platforms.

She shared some of the threatening messages she has received over the past week, including promises to track her down and harm her. Among the messages were some which referred to her as a "racist s**t" and told her to "burn in hell".

"These are the kind of messages I have been receiving over the past four days. Death threats, rape threats, messages of anger and hatred. I did not post them to respond in anger. I posted them because I think we all can learn a lesson from this," she said, adding that people should be kinder to each other.

Shortly after her old tweets resurfaced, many called for the model to withdraw from the Miss SA pageant, saying she was “not fit” to represent SA and its women.

Schoombee issued a public apology for her comments and withdrew from the competition.

Her agency, SYNC Models, last week announced it had cancelled its contract with her, saying she was in "breach of agreement" with them.

Model Bianca Schoombee was a Miss SA 2020 hopeful, until old offensive tweets in which she made racist remarks and body-shamed women resurfaced.
Lifestyle
2 years ago

SYNC Models has asked SA to forgive its statement from yesterday.
Lifestyle
2 years ago