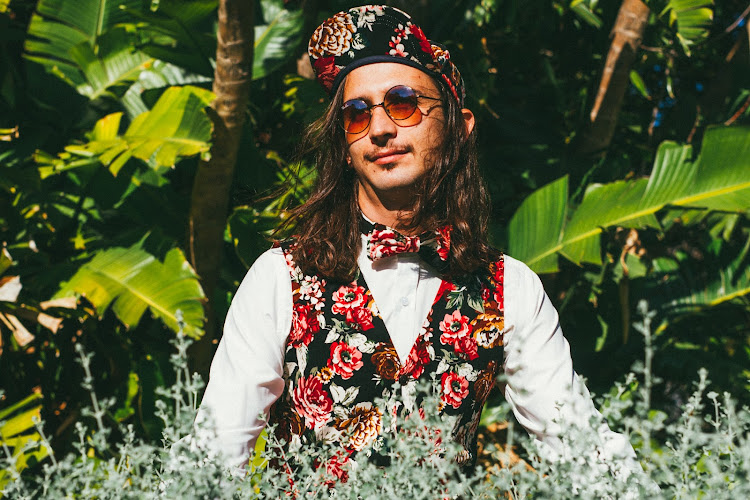 David Scott, founder of the local band The Kiffness, was accused of being a racist for turning the national anthem into satire.
Image: Press Image/The Kiffness

The Kiffness has responded to Ekurhuleni mayor Mzwandile Masina's suggestion he was being racist when he recreated the national anthem for satire.

The band recently released a satirical version of the anthem inspired by the continued ban on the sale of cigarettes during the lockdown.

After seeing the viral video, Masina took to Twitter to ask: "Who knows this little racist?"

Who know this little racist? pic.twitter.com/lcmqvHGXiq

The group's David Scott later posted a video of himself chatting to Masina about the incident.

During the conversation, Masina accused Scott of "playing with the national anthem" and attacking co-operative governance and traditional affairs minister Nkosazana Dlamini-Zuma.

Masina said: “I'm concerned about what you did because the national anthem is a very important symbol of unity for the country. I thought your attack on the minister ... You should have used other platforms. I'm not a defender of individuals, but I'm defending the national anthem, I think you are vulgarising it, and I think you're playing in a dangerous space.”

Scott attempted to clarify what satire is and what it is meant to achieve, but Masina argued that the musician could not create satire using the anthem.

Scott asked if the mayor's reaction would have been different if the anthem was remixed by a black man, to which Masina replied "no".

“It doesn't matter what colour, whether you are yellow or pink, it's the same.”

Masina shared part of their conversation on Twitter, saying he was worried the band was guided by “white privilege”, and continues to defend its “vulgarisation” of the anthem through satire.

For decades, the mission of the @MYANC has been to create a united National Democratic Society! When young people like ‘the kifness’ choose to be guided by white privilege and defend the vulgarization of the national anthem as satire, I begin question this negotiated settlement pic.twitter.com/M5TSmBmDls

The Kiffness has released a national anthem spoof in light of the ban on cigarette sales.
Lifestyle
2 years ago

Here is a recap of three funny moments that saw Ramaphosa lift Mzansi's spirits during the lockdown.
News
2 years ago

'While we understand that Greenmarket Square comes with a loaded history, I’m not sure pulling out the gig will help achieve anyone’s aims'
TshisaLIVE
2 years ago