Not all African stories have to be about warlords, suffering and poverty, says the director of this film about a pair of ordinary people finding love on reality TV 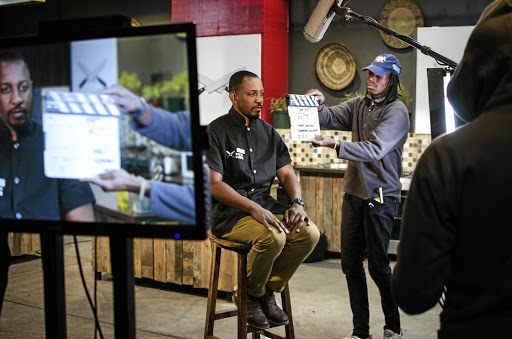 Jefferson Muserera plays Simba T, a contestant on the reality cooking show that is the plot vehicle in the film 'Cook Off'.
Image: Anel Wessels

Tomas Brickhill, director of the Zimbabwean film Cook Off, the country's first-ever film to be screened on Netflix, was born and raised in Harare.

There his father, Paul, ran the influential arts and culture space, The Book Café, which Thomas ran upon his return to Zimbabwe in 2010, after having left the country in 1997 to pursue film studies in the UK.

Paul died in 2014 and Thomas was forced to close The Book Café in 2015. In 2017 he landed a job as the director of Zimbabwe’s hit reality television show Battle of the Chefs."

Cook Off uses the setup of the TV series as the premise of its feel-good, struggling-single-mother romantic comedy. The film tells the story of a young woman, breadwinner Anesu (Tendaiishe Chitima). She is entered in a cooking reality show by her son and meets and falls in love with Prince (Zimbabwean hip-hop artist Tehn Diamond).

She must rise above the back-stabbing and pettiness of her fellow contestants to achieve her dreams. It's a solid romcom made for the tiny budget of $8,000 (R139,000) consisting of Brickhill's own money and donations from family and friends. The final product tells an African and universal story using an all-Zimbabwean cast and local production and music talents.

Speaking from London ahead of the film's Netflix debut, Brickhill says: "In many ways, the story of the underdog in the film overcoming challenges is mirrored in the making of the film itself. It was an uphill struggle from the beginning. Making a feature film is a massive undertaking. Achieving the complicated production of the film with such a low budget in Zimbabwe with its collapsing economy made the challenge even greater."

The film had its first public screening in a makeshift cinema on the rooftop of Harare's Ambassador Hotel in December 2017. This happened shortly after Robert Mugabe stepped down after more than three decades as president.

Brickhill and producer Joe Njagu made a conscious decision to avoid comment on politics in the film. Brickhill says: "That was a direct response to the narrative that generally comes out of Africa. We're pigeonholed into the idea that our stories are supposed to be about warlords, suffering and poverty. It's a one-dimensional version of the story because, through all that adversity, people are still living their lives. They're struggling to achieve their goals. They fall in love. Making the film felt like an act of defiance. We were making a romantic comedy in the midst of everything else that was going down in the country."

For many film buffs and festivalgoers, the history of Zimbabwean cinema is perplexing. In the 1980s films like A World Apart and Cry Freedom, which dealt with apartheid SA, were shot in neighbouring Zimbabwe. Later, a few Zimbabwean films such as Flame and Jit made a small impression on the international stage.

Overall though, the cinema of our northern neighbour hasn't been noticed much. As Brickhill points out, "It didn't help that in the late '90s and early 2000s a lot of the filmmakers who'd worked on the early films and had the potential to build the Zimbabwean film industry left the country for economic or political reasons. There wasn't even a handover from that generation of filmmakers to us, the new generation of filmmakers."

The number of cinemas in Zimbabwe has also significantly shrunk over the past four decades, from 35 to only five.

After a short, sharp one-month shoot and a year and a half of post-production, Brickhill and his team were heartened by the amazing reaction from the Zimbabweans who attended the first screening. "We knew from a local perspective that we had a winner. What we were concerned about was how the film might travel internationally. It was awesome that we ended up going to the Rotterdam International Film Festival. That was the first time we realised the potential of the film outside Zimbabwe. People connected with the universal idea of having to struggle against the odds even though that audience in Rotterdam was mostly middle aged, white and Dutch."

The film has gone on to screen at a number of other international festivals. Now, as it reaches close to 200-million potential new viewers on Netflix, Brickhill hopes it will receive significant support from the millions of viewers in the Zimbabwean diaspora around the world as well as gaining new international viewers. 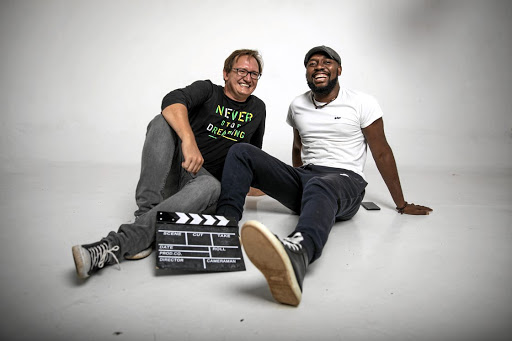 "There are so many untold stories from across the African continent - legends, myths, cultural stories, historical epics," says Brickhill. "The main thing we can hope for with Cook Off is to start suggesting to people in the rest of the world that Zimbabwean films might actually be interesting. We've all been watching a lot of Hollywood but Netflix's business approach across the world has shown that there's a lot more interest in international productions than initially presumed. As Africans, we're looking for the opportunity to tell good African stories."

Brickhill hopes Zimbabwean viewers will be reminded of home and of all the good things they have there. He hopes international viewers will appreciate the alternative view.

"For the last 40 years, the country's history hasn't only been about Robert Mugabe and the politics of the country," Brickhill says. "I want people who see the film to realise that we actually have other things going on besides politics and economic turmoil."

Finally, Brickhill hopes that Cook Off and the moment it represents for his country and its storytelling tradition will reaffirm that watching stories about other people from other cultures around the world is important for every filmmaker and storyteller.

• 'Cook Off' is available on Netflix from June 1.

OPINION | No need for an open letter, Blood & Water proves the industry is open

We're just looking for talent in the wrong places.
TshisaLIVE
1 year ago

Where is season two Netflix?
TshisaLIVE
1 year ago