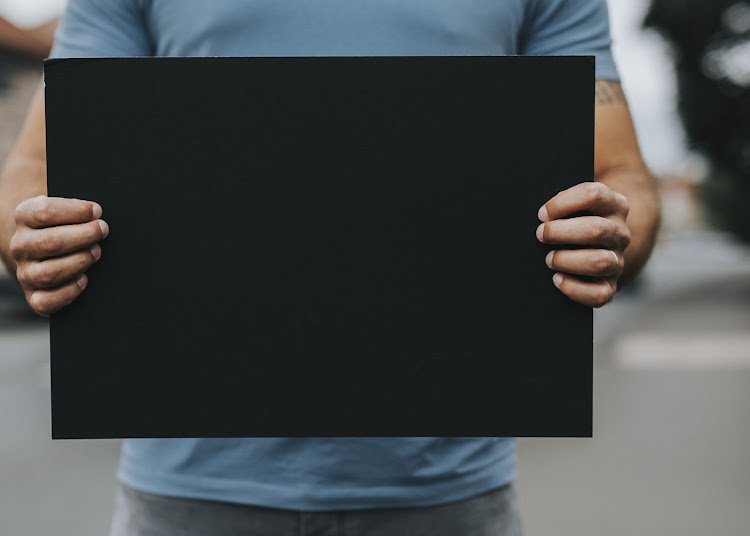 Social media was awash with photos of black squares on June 5 2020 as people participated in #BlackOutTuesday in support of the Black Lives Matter movement.
Image: 123RF/rawpixel

Another black person has been murdered at the hands of a state clearly designed to oppress people with an abundance of melanin — and you’re incensed. How could this be? It’s 2020 and this type of thing shouldn’t still be happening, right? Right? Fuelled by righteous fury and the innumerable online posts of others, you whip out your phone and prepare to add your voice to the cacophony of digital lamentation. But hold on a second.

Before you don your cape and stride heroically into the choppy water of activism, take a moment and reflect. Think about what you are doing, why you are doing it, and how it will tangibly help, because your posts may not always be as supportive or useful as you think. Case in point: #BlackLivesMatter.

On Tuesday, Instagram was awash with photos of black squares in solidarity with the Black Lives Matter movement. Most of the posts included the hashtag #BlackLivesMatter. On the surface, this was a sweet gesture and probably warmed the cockles of the hearts of the millions of people who posted them. The problem was that all those sable squares accompanied by #BlackLivesMatter ended up drowning out crucial information for which actual activists use this hashtag. (That's why supporters were asked to use the hashtag #BlackOutTuesday instead.)

That’s the danger of virtue signalling. While well-intentioned, our manic need to show everyone just how much we care about an issue often ends up harming the cause.

There is another, bigger problem with virtue signalling. It creates the false impression that we have done something. Every time we tweet or post about an issue, there is a little fuzzy spot in our hearts that reaches out of our chests and gives us a pat on the back. It purrs, “Well done, Chad, you’re a good person who did a good thing today.” Satisfied and ever so slightly smug, we head back to our lives. But your tweets mean nothing. Neither do your Instagram posts or your Facebook likes.

None of those things stopped Andries Tatane from being killed when police fired rubber bullets during a service delivery protest in the eastern Free State in 2011. Nor did they arrange bail for American protesters who were arrested in the wake of George Floyd’s murder. Nope, at best they were simply a well-intentioned exercise in peacocking. And while there is nothing morally indefensible about peacocking, it does start to look a little conceited when no palpable change comes out of it. So how does one help in a meaningful way?

Recently an internal inquiry found that the SANDF soldiers at whose hands Collins Khosa was killed could not be held responsible for his death. If you are unfamiliar with the story, read more about it here. If you feel the results of the inquiry were unjust, e-mail the military ombudsman to make your voice heard.

Donate some money to organisations like the National Bail Fund Network in the US, which helps raise funds to bail out protesters and people in immigrant jails. Yes, the exchange rate sucks, but you were going to spend that money on Mr Delivery anyway. Besides, remember that time you posted about how much you cared? Well, how much do you care?

Follow and engage with people who are actual activists. They know heaps of stuff. If you are willing to learn, then there is a good chance you could become a better person.

Take racism as seriously as you take climate change. We see you sipping out of paper straws, buying sustainably produced bags and cheering on the little girl who takes boats everywhere. Do that, with racism. Companies are making clothes out of recycled plastic and coming up with all types of creative solutions to defeat climate change because you incentivise them to do so. Take that same nagging spirit into the fight against racism.

It's 2020 - if we still have to explain why #BlackLivesMatter can stand without its cousins #AllLivesMatter and #IDon'tSeeColour, then you are part ...
TshisaLIVE
1 year ago

AKA says #BlackOutTuesday was a 'magic trick' to censor #BLM

"It literally looks like censorship. Whoever designed this knew EXACTLY what they were doing. #StayWOKE"
TshisaLIVE
1 year ago

By ensuring those responsible for Collins Khosa's death are held to account, we can prevent SA going the way of the US

Like most of the justice-loving people throughout the world, we will remember the name George Floyd for many years to come. But by the end of the ...
Opinion & Analysis
1 year ago