Coconut Kelz details her experience at St Anne's: 'I got a reputation as the angry black girl' 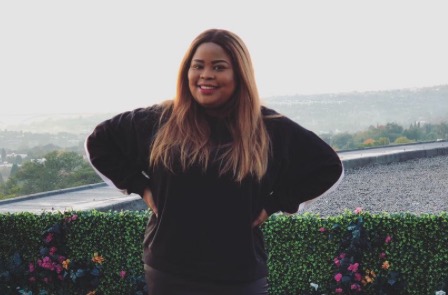 Well-known satirist `Coconut Kelz, real name Lesego Tlhabi, has spoken about the racism she says she encountered while she was a pupil at St Anne's Diocesan College.

The elite private school in the KwaZulu-Natal midlands is one of several schools called out for perceived institutionalised prejudice.

More than 40 current and former pupils detailed their experiences at the school, with some incidents dating back to 2014.

Principal Dave Arguile said a response was being formulated after receiving the letter with the accounts from the students.

TimesLIVE reported consultations between the school and pupil representatives has begun.

Tlhabi described her time at the school as “hell”.

She said it was important for white girls and women to make this an opportunity to reflect and listen.

“I can’t imagine how many girls feel like I did who are still there. It’s so important that this shift is happening and that white girls and women don’t take this as a chance to defend but instead listen & reflect on just how different our experiences were.”

Her detailed thread where she outlines her experiences can be found here.

Ask your black friends how life was for them at school. It’s one thing for the principal to say they will look at transformation policies & work on racial conversations and for those to actually happen given that they never did even with the promises made from my time & before.

One of the most disappointing things was constantly being told when I left school that I had “changed” because I chose to start speaking publicly about how problematic St Anne’s is, both from fellow pupils and staff that is enabled there.#wakeupstannes pic.twitter.com/17DiCxhaeY

Pupils from one of SA’s most prestigious schools, St Anne’s Diocesan College in KwaZulu-Natal, are speaking out against alleged prejudices and racism ...
News
2 years ago

Grade 12 pupils at one of the country’s top private boys' schools, Diocesan College in Cape Town, better known as Bishops, held a protest at the ...
News
2 years ago

The death of George Floyd and the ensuing Black Lives Matter protests around the world have reverberated in some of SA's elite schools, with black ...
News
2 years ago