Miss SA defends paid voting system: 'Part of the funds will be used to upskill the top 10' 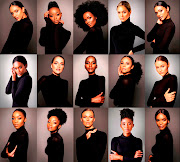 Image: Willem Botha, Yuveer Karunchund, SJ Van Zyl and Will Brown The Miss SA top 15 finalists for whom the public will cast their votes.

Miss SA has defended its paid voting system after criticism from the public this week, saying it was an inclusionary process and some funds would be used to train the contestants.

On Wednesday, the beauty pageant announced its top 15 and detailed how the public can vote using a paid system.

Miss SA revealed votes can be cast on the pageant's website by using a credit card.

For those voting by using cash, Miss SA said they would have to go a money market counter at any Checkers, Checkers Hyper, Shoprite or Usave store, choose their voting bundle and the cashier will cast their votes on the Computicket system and print a voting receipt.

The paid system was criticised by many online who said it was “tone deaf”, given how people have been economically affected by the Covid-19 pandemic.

Some even accused the pageant of “excluding people” because “they know their supporters can’t afford to pay for votes”.

Miss SA saw how many black girls where motivated to enter for the Miss SA pageant after Zozi and now they are finding a new way to exclude them because they know that their supporters can’t afford to pay for votes.

Miss SA doesn't see us. They are definitely excluding people now. Hayi may the finalists with the richest supporters win sana.

Speaking to TimesLIVE, Miss SA CEO Stephanie Weil said the paid votes would act as the “fifth judge”, and part of the funds will be used to “upskill” the top 10. She said some funds will be attributed to the pageant's foundation.

Weil said that while certain aspects of the pageant were sponsored by generous partners, there are various facets which are not.

“As a result, we want to ensure our contestants have every growth and empowerment possibility, whether it is hand-in-hand with sponsorship or if we alternatively absorb the costs associated with growing and empowering the women,” she said.

Weil said the public's' votes will be the equivalent of that of a fifth judge. However, the number of times the public votes will not count.

“In order for any contestant to progress, she will have to win the hearts of three of the five judges, with the public included as the fifth judge.

“If a contestant were to get 100,000 paid votes, but fails to get a majority vote, the contestant would fail to go through,” she said.

She said the voting process is to ensure the public is actively involved in electing its representative while also utilising the other judges' voting powers.

“The judges' power will act as 'checks and balances' to prevent contestants from being unfairly advantaged strictly as a result of the voting power. Votes, both the public votes and those by the judges, will be considered holistically,” said Weil.

She said social media following and “likes” will not be taken into account with regards to votes.

“If a contestant gets more likes or comments on their social media posts, this will not correlate with their public votes. Rather, all publicity relating to the contestants will be pushed via the official Miss SA platforms equally, which has a larger reach than any one of the contestants' private social media pages.”

The top 10 will be announced “towards the end of July”.