The accomplished actor talks fatherhood, self-isolation and his latest roles in 'Artemis Fowl' and 'The Batman' with Margaret Gardiner 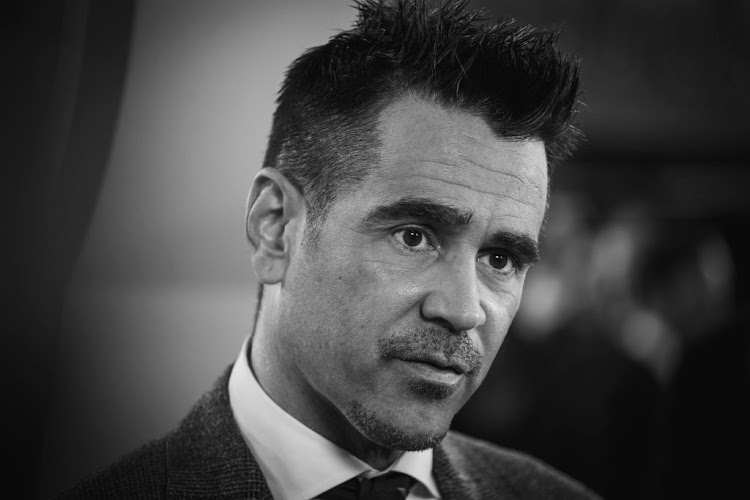 "The sin isn't in the doing, it's in the being caught."

Colin Farrell ponders the advice his dad once gave him, looking out the window of his Los Angeles home, off into the distance. It's not his soulful eyes that get you, nor the lilting voice that hints at his Irish roots. No, it is the content of his words and the way he uses them that reel you in.

Farrell talks with no pretension and he lets down his defences. I'm chatting to him via Zoom so that he can promote Artemis Fowl, the books by Eoin Colfer that have been made into a Disney film. Directed by Kenneth Branagh, the movie is the story of a boy genius who battles fairies and elves in his quest to locate his father, played by Farrell, who's mysteriously disappeared. Ferdia Shaw is Artemis. Judi Dench, Josh Gad and Nonso Anozie also star.

"I don't remember many wisdoms from my dad," continues Farrell, whose father was a professional footballer. "He worked hard all his life. After his football career ended he was self-employed, importing foods and supplying supermarkets. What I learnt from him was through observation - he wasn't loquacious. But I believe leading by example is the most effective way to lead."

Farrell is reflective about the role of fatherhood but shakes off the introspection. "As a parent I don't know what I'm doing most of the time. Just flying by the seat of my pants. As cheesy as it sounds, if you are present, open and attentive, they'll tell you through words, deeds, energy, what they need," he says.

"I don't think any of us have mastered this game of humanity, not even the grownups. We're still trying to figure a way to live decent, virtuous, fun, connected lives. I feel like at the age of 46, I've the right to some opinions. But, I'm introduced to myself - both the best aspects and most traumatised, most damaged aspects of myself - on a regular basis through interacting with my boys."

Farrell's son James, who is 17, has a rare neurogenetic disorder, Angleman Syndrome, that slows development and impairs speech and motor skills. James's mother is Farrell's former companion Kim Bordenave. Farrell has another son, Henry, 11, with actress Alicja Bachleda. He says with a hint of pride: "My sons are like two Samurai, there to teach me shitloads."

WATCH | The trailer for 'Artemis Fowl'

Something else he's recently learnt is how important interaction is to him. "I was in London when this crisis began. I went into two weeks' isolation when I got to LA. After nine or 10 days, I started feeling the absence of touch in my life."

He touches his arm, looking off to the distance again. "It was an awareness of something lacking, something I'm used to having - just touch; literally a handshake with the barista in the coffee shop, a hug with a friend, a high five, knuckle bump, whatever it may be. Solitude not chosen is an affliction and my awareness of that makes me realise how grateful I'll be to experience ordinary life again."

Ordinary life for the actor who won a Golden Globe for his performance in The Lobster is spent on a movie set.

"I came into this movie six months into shooting - my character wasn't in the original script. My knowledge of the world of ghosts, goblins and fairy tales as it pertains to Celtic folklore and mythology isn't as keen as I'd have liked it to be. So while I came to this with an Irishness and a sense of awe and belonging, it was also to a degree foreign to me ... and exotic. I was keenly aware that it was an Irish story, born of an Irish imagination that leans into certain Irish mythologies. Even though it was shot in London, it was more like going home than any film I've acted in that wasn't shot in Ireland."

To end our conversation I ask Farrell about his role in The Batman starring Robert Pattinson. "I'd just started working on it when the coronavirus came along and shut down filming. I can't wait to get back to it. I'm so excited to get back to exploring the aesthetic of the character I play, the Penguin.

"I don't have a huge part but there are some tasty scenes for me. I watched the Adam West Batman TV show growing up and was a huge fan of what Chris Nolan did. The Batman is something I haven't had the opportunity to explore before. It feels original and fun."

• 'Artemis Fowl' was intended to be a theatrical release. Instead it was released digitally worldwide on Disney+ this month.

In her latest action movie, the SA-born Oscar winner plays an immortal warrior doing battle to save humanity. She tells us more
Lifestyle
1 year ago

Just like the character she plays in her latest film, Dakota Johnson grew up around music. It's a passion she shares with her famous father — and her ...
Lifestyle
1 year ago