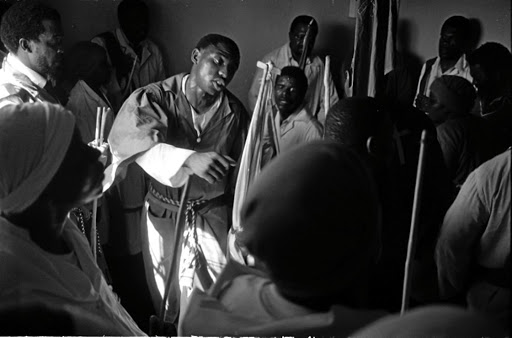 Ruth Seopedi Motau is a South African photographer whose fascinating professional history is surpassed only by the timeless appeal of the images she has amassed over her career.

Born in Meadowlands in 1968, Motau is known for being the first black woman to be hired as a photo editor by a local newspaper, at a crucial juncture in our pre-democratic history. But her arresting oeuvre of portraiture speaks for itself - she is patently as much an artist as a documentarian.

On matriculating, Motau enrolled at George Tabor College in Soweto, where she meant to learn fitting and turning. But it didn't stick. Instead, in 1990, she embarked on a three-year study of photography at the Market Photo Workshop, under the auspices of behemoths like David Goldblatt, and Victor Matom in Alexandra.

"The first time I was in a darkroom printing, when I put the paper in the developer and the image appeared, I knew that this is what I wanted to do. There was some assurance in my spirit that said that is it," Motau recalls. 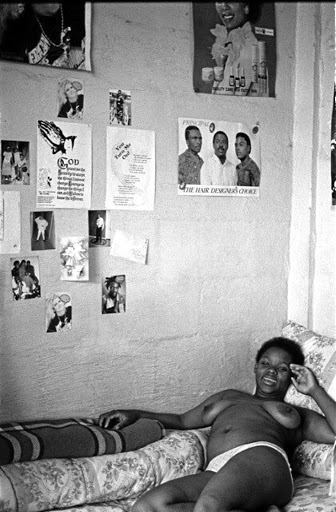 Subsequently, Motau went on to intern at the Mail & Guardian, where she was ultimately retained as a photographer and picture editor. She remembers her initiation into the world of print media as being rewarding, and even "fun".

"I worked with Kevin Carter and was given a chance to do more of the arts, portraiture and features," says Motau. "I discovered my interest in photography and pursued it with [Carter's] support and motivation.

"When I worked with Steve Hilton-Barber, he said to me, 'Ruth, you are young, black, and gifted: you can go far if you pursue photography seriously.' And that became a constant reminder for me to work and tell stories."

Evidently, Hilton-Barber's augury was fully justified: Motau went on to work for the Sowetan and City Press, seamlessly switching between the worlds of art and journalism.

Motau doesn't remember being daunted by her pioneering immersion into a white, male-dominated industry, citing professor Zanele Muholi's view that "the shutter does not have a gender. For me, the relationships between the people I photograph is what I represent with my camera. I tell their story and become their voice."

Motau has always shied away from the salacious potential of photojournalism, preferring to render the full range of human experience in a manner that is fundamentally humanising - her work honours her subjects, somehow capturing both their intangible strength and their innate vulnerability. 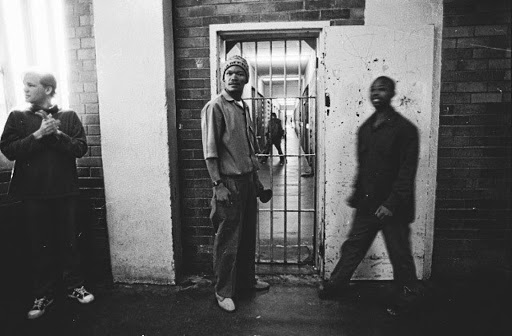 In her words, her camera "is my tool, to tell the stories that are around me, stories that I have seen and been around, and to tell them in a dignifying way, embracing them".

Both her documentary photo essays and her series have been consistently lauded: she is perhaps best known for Shebeens (1998), Women and Municipal Service Delivery (2000), and her work on religious initiations and rituals.

Motau takes care never to approach her subject from the outside, looking in: she is meticulous about issues of consent and participation, preferring wherever possible to have the people she features in her photographs review the images with her and engage in dialogue.

She always cautions her own students to "respect the people you photograph: they are human beings, and without them you would not be able to tell your story". 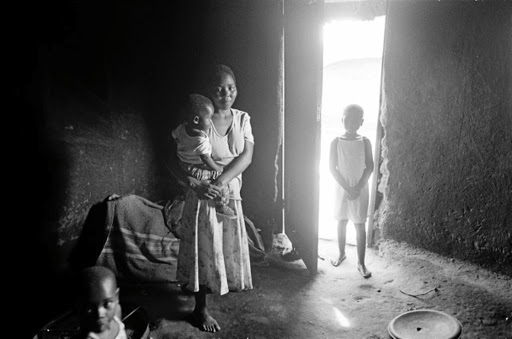 Mother and children in their house in Limpopo.
Image: Ruth Motau

It has taken Motau more than 13 years to begin assembling an archive of her work, a decidedly mammoth undertaking even with the collaborative support of the Photographer's Legacy Project and Wits University Library.

"I guess now is the right time to do it, even though it takes a lot of time to go through the negatives and try to remember some of the events that I shot.

"It's an ongoing process, because I have been a photographer for about 30 years. The proposal [for the project] came in early 2019, and we started scanning the images late last year," she says.

It's apt that Motau's legacy should be amassed this way for posterity; for while it is of course wonderful that her work has been exhibited from Beijing to Brazil, she is in many ways, above all, an ambassador for SA, for South Africans - a lucid voice in times of madness who literally brings the individual facets of our collective experience to light. 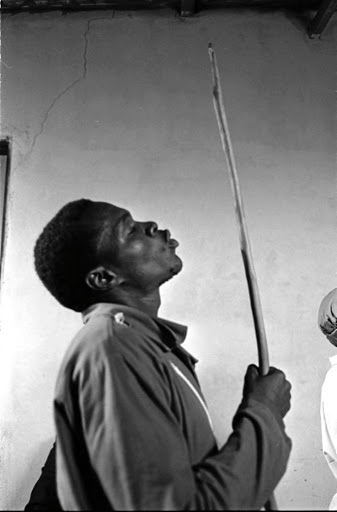 A man in a trance at the Zion Church in Meadowlands Soweto.
Image: Ruth Motau 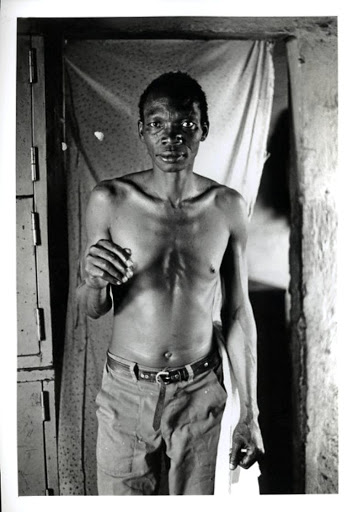 Nowadays, Motau is a seasoned teacher and mentor herself, and has led countless workshops and training programmes.

To prospective photographers, she imparts the following advice: practically, "to understand their lighting and learn composition. The best way to learn is to understand analogue first, before digital."

Ethically, to "learn from others and keep on learning. I have also learnt and am still learning from others, whose work inspires me every day."

Four young men in Mpumalanga share their fears, frustrations and ambitions as they document life in lockdown through their photography.
Lifestyle
1 year ago

They are me and I am them, says the up-and-coming photographer of the abused women who inspire her empathetic artworks
Lifestyle
1 year ago
Next Article