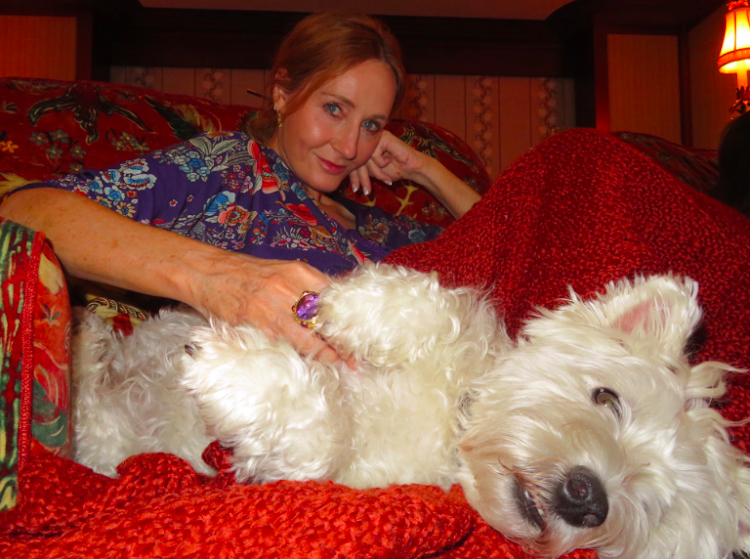 Harry Potter author JK Rowling has again come under fire for her “transphobic” and “condescending” tweets.

The author, who has previously shared her opinion on trans women, this week faced criticisms after comparing gender-affirming medical treatment for transgender people to gay conversion therapy.

In a series of tweets, Rowling claimed that young trans people with mental health problems were “being shunted towards” hormones and surgery, comparing this to the widely condemned gay conversion therapy.

“Many health professionals are concerned that young people struggling with their mental health are being shunted towards hormones and surgery when this may not be in their best interests,” she said.

“Many, myself included, believe we are watching a new kind of conversion therapy for young gay people, who are being set on a lifelong path of medicalisation that may result in the loss of their fertility and/or full sexual function.”

Many, myself included, believe we are watching a new kind of conversion therapy for young gay people, who are being set on a lifelong path of medicalisation that may result in the loss of their fertility and/or full sexual function. 5/11

In the thread, Rowling also shared links to support her tweets.

“The long-term health risks of cross-sex hormones have now been tracked over a lengthy period. These side-effects are often minimised or denied by trans activists,” she said.

Carl Henegan, professor of evidence-based medicine at Oxford University, has described the off-label use of puberty blockers on under-18s as an ‘unregulated live experiment on children’. https://t.co/dDAqENLXor
10/11

Rowling said she does not care about other people's bad opinion of her.

“None of that may trouble you or disturb your belief in your own righteousness. But if so, I can’t pretend I care much about your bad opinion of me,” she said.

Rowling's comments sparked a furious reaction from many, including trans people.

UK model and trans activist Munroe Bergdorf said the writer's views were dangerous and doing damage to the mental health of trans children.

Here is a snapshot of what people had to say.

Not once has @jk_rowling stopped to think about the damage she is doing to the mental health of trans kids.

Not supporting a trans kids transition doesn't stop them from being trans. If anything forcing them to live as a gender they don't identity as, is conversion therapy.

Listen to supportive parents of trans kids who have watched their kids flourish after being listened to.

As a survivor of an extreme form of homebrew conversion therapy, I say *once again* without reservation that she is a danger to children.

JK Rowling. Your hate is dangerous. It is violent. You are attacking a community that is already so deeply under threat. Sit the fuck down and shut up. I STAND WITH TRANS PEOPLE ALWAYS. @jk_rowling

Think, JK Rowling could have done so much as a daily advocate for victims of domestic abuse, using her huge power and influence to speak about an issue that affects thousands every day, but instead she's decided to focus the entirety of her ire on trans people.

J.K. Rowling has been accused of transphobia after she defended a woman who said transgender women are not women.
Lifestyle
1 year ago

Mahlatse Nkuna is on a mission to raise about R519,900 for her sex reassignment surgery
News
11 months ago