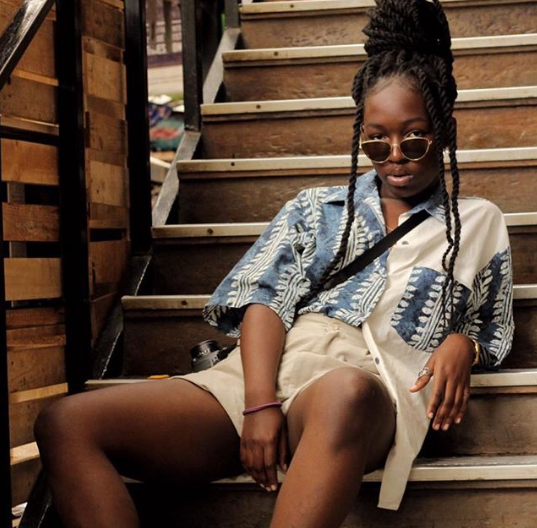 Angel Elsa “Mpho” Majimbo has been a shining light during the lockdown, thanks to her witty and funny videos that she posts on her YouTube channel and Instagram.

Many were first introduced to Elsa after a video of her making fun of the lockdown and social distancing went viral in SA in April. Since then, she has become a brand and garnered over 400,000 followers on Instagram and Twitter combined.

The 19-year-old Kenyan journalism student planned on finishing her studies and getting a job in advertising. Fame, she says, was not part of the plan.

“I didn’t think I’d ever become a brand and I didn’t plan for it. I was just doing my own thing, having fun and all of a sudden, I had thousands of likes and views. It was all so crazy. Even today, I still wake up and think, ‘you know you’re social media famous?’”

In the viral video that launched her star in SA, Elsa asks: “Since corona started, we have all been in isolation and I miss no-one. Why am I missing you? What is the reason for me to miss you? Do I pay your school fees? Do I pay your rent? Do I provide food for you?”

Shortly after, South Africans claimed her as one of their own and gave her the name “Mpho”, meaning gift.

Her passion for comedy and advertising merged when she was approached by Chicken Licken to feature in their new advert, which “honours the ordinary people who have kept us entertained and our spirits up during lockdown.”

In May, Elsa bagged a deal with Mac make-up and thousands congratulated her. She says when she told her father about it, he didn't understand what the deal meant.

If you follow your own path and do things your own way, things tend to come around.

“He’s used to newspapers. When he saw me on the local newspaper, only then did he get excited.”

Elsa says her newfound fame has taught her to follow her heart.

“I just woke up, did my thing and everyone was like, ‘You’re so talented.’ I didn’t even know that because I was taught to do things the conventional way, that without an education you’re dead and done, that you will never get a job.

“I think that if you follow your own path and do things your own way, things tend to come around.”

The new Chicken Licken advert features some of the funniest viral lockdown moments.
News
1 year ago

Many digital content creators invest in expensive and fancy filming content, but Elsa says her humour — and not necessarily the quality of her videos — is her currency.

She looks up to Miss Universe Zozibini Tunzi, who she says is her biggest supporter.

“She is so nice, so amazing. She told me, ‘Don’t ever let anyone put you down, keep shooting your videos.’ Every time I have a win, I run to her DMs and tell her all about it. She’s an amazing person because she had her way by doing her own thing, which is why I think we connected.”

Elsa loves the high life and the money that comes with it — and isn’t shy to admit it. She's so honest, in fact, that her Twitter cover photo is a screen shot of a Google search which reads “how to behave around peasants.”

Her most recent Instagram picture is captioned “I just want to be rich. Am I asking for too much? Is it too much to ask for?”

Satirist Coconut Kelz has responded to the recent wave of protests against racism in schools and the Black Lives Matter movement in her own unique ...
Lifestyle
1 year ago

WATCH | SA YouTubers get in on 'mukbang', but what the hell is it?