The BMW X5M is like a wrestler with a tiny voice

The X5M makes sporting thrills accessible to even novice drivers, but it needs to speak up 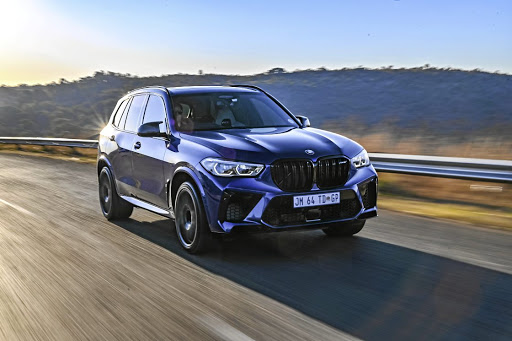 The BMW X5M on the road.
Image: Supplied

"A bad day at the track beats a great day at the office," so the saying goes. Probably not true if the bad day in question ends with reams of paperwork for insurance claim purposes. On the bright side, most of those things can be done digitally now.

The night before this launch, my mind raced with anxiety over what it would be like to drive on a circuit after months. But once strapped into the 2020 X5M in the pit lane of Zwartkops, most of my concerns were assuaged. Certain activities are akin to riding a bicycle: you can't forget how to do it.

And for most motoring scribes, track driving is one of them. Of course, talent is not something that our creators doled out equally. A professional racing career is probably not written in my astrological timeline.

Like most modern, high-performance machines, the BMW X5M makes sporting thrills accessible to pilots with even the most novice of driving abilities. Going fast takes little effort: with a well-sorted all-wheel drive system, slick eight-speed automatic gearbox - and bounty of power in reserve, merely stretching your big toe translates into earth-spinning pace.

So much power, so little responsibility for BMW’s fast, loud and luxurious X5 M and X6 M
Motoring
1 year ago

Like its predecessor, the vehicle uses a 4.4-litre, turbocharged V8 engine, although it produces 37kW more than the former car. Power is now rated at 460kW although the torque figure is unchanged at 750Nm. Still, not a number to be scoffed at.

The X5M will haul itself to 100km/h from standstill in 3.8 seconds, hugely impressive for something that is, well, so huge. Its sizable footwear (21-inches at the front, 22-inches at the rear) offered unshakeable grip and there was no tyre squeal to speak of even on the faster sections of the track.

In the corners, occupants are very much aware of the heft wielded by the BMW. Simply no cheating the laws of physics on this one, even despite its fettled suspension with adaptive-damping trickery. Good try, though.

What some will fault the X5M on is a notably muted acoustic character. Which is a sign of the times, evidencing the effect that compliance with the strict European emissions legislations have had on its overall make-up. The loudest part of the car is the beefy aesthetic persona, with its M-specific accoutrements and the obvious enormity of its proportions as it creeps into your rear-view mirror.

The Porsche Taycan is one of the most significant new models to be launched in the country this year.
Motoring
10 months ago

All the new cars headed for SA