The dirty truth: are e-cars really as green as everyone thinks they are?

Riding high on the promise of zero emissions and cleaner motoring, electric cars are generating a shocking amount of hype, but is it justifiable? 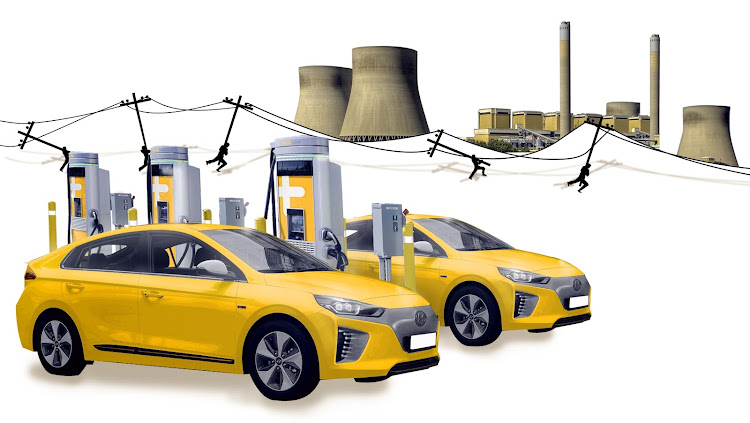 Is a car powered by a lithium-ion battery pack really any better for the planet than one running on liquefied dinosaur bones?
Image: Siphu Gqwetha

Under an ever-thickening blanket of global warming, electric vehicles are seen as the clean, green saviour of our motoring world. Internal combustion engines have been with us for well over one hundred years, but it seems that with each passing day of the 21st century they move one step closer towards extinction.

Scandals such as Volkswagen's "Dieselgate" have done these fossil-fuel burners no favours and with many countries around the world looking to outlaw selling them by 2030 (some sooner), the writing appears to be on wall. Manufacturers can smell blood and every marque worth its commercial salt is embracing the business of electrification: something that Elon Musk and the rest of Tesla Inc. has been steadily refining since the launch of its Roadster in 2008.

The company that was once scoffed at by the automotive establishment has morphed into the bestselling battery-electric passenger car manufacturer on the planet. At the time of writing, Tesla is also the world's most valuable car maker, eclipsing Toyota's current stock market value by $4bn (about R66bn).

People believe in what the Palo Alto firm is doing and they want to buy the products it's making. The demand is there and you can see this reflected in the company's share price which, on July 20, spiked to a record $1,643. Incredible.

How Tesla defined a new era for the global automotive industry

Tesla Inc's rapid rise to become the world's most valuable car maker could mark the start of a new era for the global auto industry.
Motoring
1 year ago

Now, although you might be able to argue the long-term sustainability of Tesla, once traditional car makers have caught up (and they will), there's no denying that the company has acted as a catalyst for this new phase of personal transportation. Without Musk, I don't think the electric vehicle would be as advanced as it now is.

Yet the question still remains - is a car powered by a lithium-ion battery pack really any better for the planet than one running on liquefied dinosaur bones?

Well, from a pure production point of view, no, it's not. Spend some time trawling the Internet and you will find some interesting studies that show how battery electric vehicles (BEVs) require significantly more CO2 emissions to produce, compared with their petrol- or diesel-fuelled counterparts.

How much more, you might ask. Well, according to a report tabled by the Union
of Concerned Scientists, titled Cleaner Cars from Cradle to Grave, you're looking at between 15% and 68% more CO2 depending on the size of the BEV and what battery it's paired with. And herein lies the rub with electric vehicles - the battery pack.

You see, this crucial component is constructed using lithium, cobalt and nickel: minerals that all have to be extracted from the earth, processed and then refined before they can be fabricated into the final product responsible for powering your car's motor.

Tesla Inc on Wednesday became the highest-valued car maker as its shares surged to record highs and the electric carmaker's market capitalisation ...
Motoring
1 year ago

These actions, as you can well imagine, huff a considerable amount of carbon dioxide into the atmosphere and are ultimately the reason why BEVs, at this stage of the game, have a more sizable manufacturing emissions footprint.

Again, it's important to remember that the latter depends on battery size. A BEV with a small battery pack and a short range (think along the lines of the previous generation Nissan Leaf) might only outweigh its petrol equivalent by approximately one ton. A BEV with a bigger battery pack and a much longer range - a Tesla Model S or Jaguar I-Pace, for example - can raise this to six tons.

Taking this into consideration, should we all just unanimously agree to stick with driving our classics and laugh this whole electric car thing off as a passing technological fad? Deriders would say yes, but they'd be missing the part of the equation where the BEV starts making ecological sense.

You see, similar to a new business venture, the electric vehicle also requires a certain amount of time to "break even". Except here we're not referring to the point where total revenue equals total costs or expenses, but rather the number of kilometres said vehicle needs to travel in order to offset the global warming emissions that went into the manufacture of its battery. There's a lot of data out there concerning this "magic mark", and again I reference the Union of Concerned Scientists.

According to its findings, an average mid-size BEV (again, think along the lines of the Nissan Leaf) should be in the green after 7,885km if charged using the "average" North American power grid. States with cleaner, renewable energy-based power grids such as California will see this figure drop to 5,954km. But states like West Virginia, that still rely on dirty power sources such as coal to prime their grids, will catapult this mileage to 20,921km - about what the average American drives every year.

WHAT'S BEV GOT TO DO WITH IT?

Now, as you've no doubt guessed, bigger BEVs fitted with larger batteries and sporting a longer operational range (think Jaguar I-Pace) will take considerably longer to offset their production CO2 emissions. You're looking at 30,577km on the "average" power grid; 24,140km on the cleanest, and a whopping 62,764km on the dirtiest.

So what happens once a BEV has crossed this threshold? Contrary to what naysayers would have you believe, this is when you start to see why swapping pistons for cells can be beneficial - provided you're living in a state, province or country with a clean power grid. While a BEV produces zero tailpipe emissions, it does consume electricity produced
by power plants. These plants not only produce their own emissions but are also linked to additional emissions associated with the extraction, processing and distribution of the primary energy sources they use for making electricity.

Taking this into consideration we can assume that the BEV is indirectly responsible for "creating" CO2. But how much? According to the Alternative Fuels Data Center, an average petrol-powered car in California will produce roughly 5,186kg of CO2 per year, while a BEV will produce just 871kg.

However, back in West Virginia it's a totally different story, thanks to the power grid mix. While your petrol-powered car remains unchanged at 5,186kg of CO2 per year, your BEV is now sitting at 4,136kg due to the state's reliance on coal-burning power plants. In fact, if you lived there and really did care about the environment you'd be better off driving a regular hybrid petrol electric vehicle - something like a common Toyota Prius is pegged at 2,838kg per year.

Presented with these figures it becomes evident that the benefits of BEV ownership are always going to be compromised when viewed within the South African context,- especially when you take into consideration our current power grid mix.

The Covid-19 pandemic has delivered a windfall for a Stellenbosch-based electric vehicle maker.
Business Times
1 year ago

According to a document titled The South African Energy Sector Report 2019, 69% of our electricity is produced from burning coal. This is followed by crude oil at 14% and renewables at 11%. Nuclear and natural gas each claim a paltry 3%.

There's no sugar-coating it, I'm afraid - the South African power grid is filthy. Which means that even though buying and driving a BMW i3 might do wonders for your ecological conscience, if you're still plugging it into your wall socket every night then you're probably not making all that much of a difference.

You could get around this caveat by harvesting your own energy - solar is an evergreen option - but this requires a significant amount of extra capital outlay.

Right, so what can we conclude from merely touching the tip of this rather sizable automotive iceberg? From the facts and figures presented throughout my research, it would appear that BEVs do help reduce CO2 emissions, provided they are charged using clean or renewable energy. And while it's true that they do create more greenhouse emissions during the initial production period, once in operation and past their "break even" point, the savings offered by BEVs are tangible.

British Prime Minister Boris Johnson is considering giving drivers up to £6,000 (about R127,824) to swap their diesel and petrol cars for electric ...
Motoring
1 year ago

THE RISE OF TESLA

Looking into the not too distant future, I think it fair to assume increased reductions
as the BEV manufacturing process is streamlined and battery technology steadily advanced. Progress is inevitable (look at how far the internal combustion engine evolved from its rudimentary beginnings), and the more money and resources spent on improving the breed, the less impact BEVs should have on the environment as far as greenhouse emissions are concerned.

Again, I'm only peeling back the surface veneer of electric cars and have merely presented a general overview of how they impact the planet going on the studies I've read. Thanks to the rise and rise of Tesla, however, there's a massive amount of hype surrounding these vehicles, and from an objective point of view it appears that they do deliver on their promise of "greener" motoring.

But their effectiveness ultimately depends on the eco credentials of the grid powering them. This isn't that much of an issue for the developed world - North America being a perfect case in point - but here at home the concept seems flawed.

From coal power plants to high import duties and a lack of government incentives, SA has a long way to go before it can flip the switch.

The automotive product floodgates are showing few signs of narrowing, even as the war against Covid-19 wages on.
Motoring
1 year ago

The fully electric BMW iX3 is coming to SA in 2021