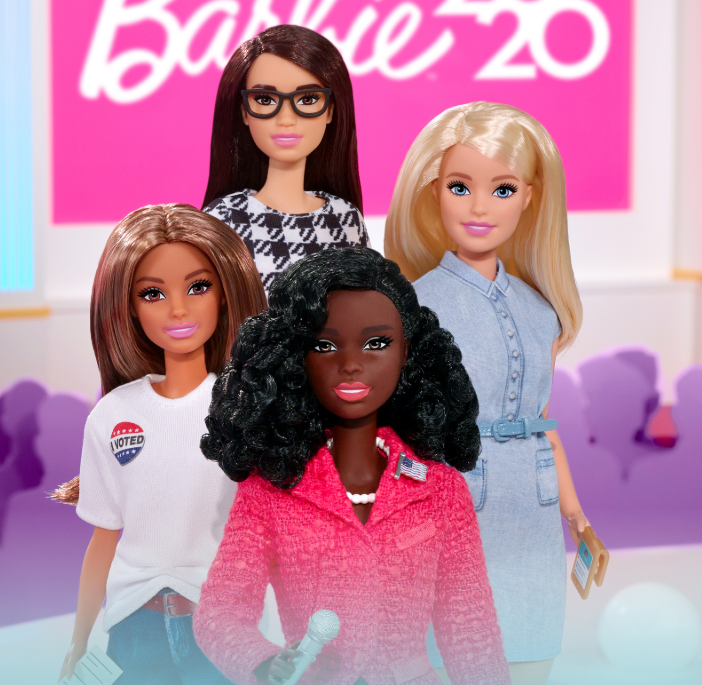 Barbie owner Mattel unveiled its 2020 campaign collection which has a black doll as the presidential candidate.
Image: Twitter/Barbie

Mattel, the company that makes Barbie dolls, has unveiled a 2020 elections campaign set of four dolls to encourage and inspire girls to take on leadership roles and positions. The collection comes as US citizens will head to the polls in November to elect their president.

The four dolls in the “career set” are campaign manager, fundraiser, voter, and the black doll is the presidential candidate. A statement by Mattel says the campaign has been running since 1992.

From the polls to the podium, #Barbie knows that girls are made to lead. #Barbie2020 #YouCanBeAnything pic.twitter.com/wAuuJu8SP5

“With less than a third of elected leaders in the US being women, and black women being even less represented in these positions, we designed the Barbie Campaign Team with a diverse set of dolls to show girls they can raise their voices.

“Our goal is to remove barriers to leadership by giving girls the tools to imagine and play out their future roles.”

The brand collaborated with She Should Run, a non-partisan and non-profit organisation which offers assistance to women who aspire to run for office. It says role play helps ignite leadership ambition among children.

“While we know there are barriers to getting girls leadership roles, 66% of adults surveyed by She Should Run observed an increased perception in leadership potential in children who role play.”

The company says children can also access play ballots and prompts for girls to write their campaign speeches on its website.

Students open up about what #YouthDay2020 means to them

From Covid-19 to racism to socio-economic inequality, young people have a lot on their minds
Lifestyle
1 year ago