Zoom, the bane of the home office day, puts the irk into work

We've gone from having a daily commute to mastering the mute 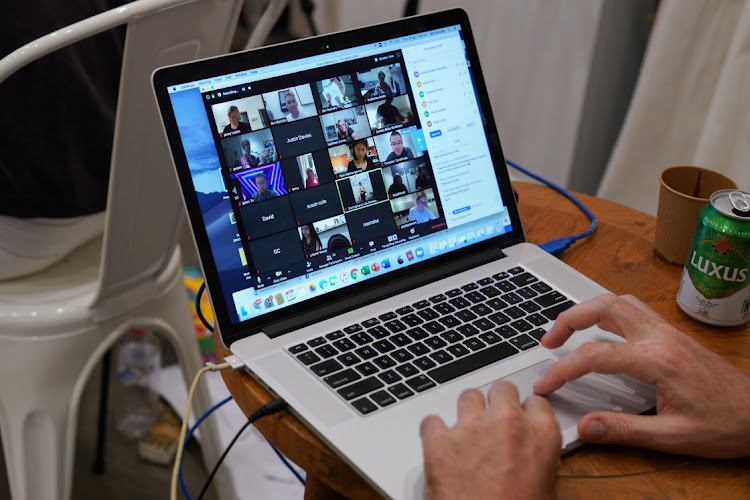 You ought to be more productive working from home (WFH), right? And not only that, it's safer. Only once you've spent time away from the office do you realise how truly disgusting and public a space it really is - think of the food munched over all those keyboards, the grime embedded in each ergonomic chair and neutral carpet and let's not even think about those air conditioning filters. I once saw a colleague with particularly bad breath drink out of a communal milk bottle when he thought no-one was looking.

Now that fear for our lives has sparked the working-from-home revolution, with some companies giving up their office space for good, you'd think we'd get more done without the daily commute, distractions from work colleagues and boozy lunch meetings. Plus the revolution also signals an end to political jockeying and status-signalling. There's no more distracting flirting, nor office cliques gossiping over coffee.

Fashion houses are investing their budgets in lounge wear with day-to-night pyjamas replacing office-to-dinner wear, so we're also spending less time dressing up, making up and walking in heels. Hell, we don't even shower anymore. Yes, the low-maintenance among us are thriving, but at how high a cost?

Loneliness, longer hours and "Zoom fatigue" are cited as issues with WFH and experts are starting to call the endless drudge of rolling out of bed and onto your computer a "people crisis".

And the longer lockdown lasts the more irritating Zoom becomes. There's a complete lack of chemistry over a screen - so it's impossible to brain storm. Then there are technical glitches - people freezing mid-sentence, talking at once or not at all, overheard conversations of colleagues who can't master the microphone on/off switch and the invariable timetabling problems.

But as writer Adrian Wooldridge puts it, the biggest problems with Zoom working are human ones - the background blackguards who insist on being filmed against a bulging bookshelf (in extreme cases with books written by themselves) or in the sculpture garden of their sumptuous home. Or the touch-up artists, who've worked out how to use clever functions to de-wrinkle their face, de-sag their chin and de-bag their eyes (I need a tutorial immediately) and the lighting experts who've invested in state-of-the-art ring lights or laptop stands to raise their faces to the optimal, shadow-free level. But above all others, he states, the worst are the Zoom bores - Zoombies? - who turn every meeting into a marathon of self-important tedium.

"For the most part these virtual bores are also bores in real life," says Wooldridge. "Digital meetings magnify their tedium tenfold." Having so few people who'll put up with listening to them in the real world means that the bore is determined to make the maximum possible use of the captive audience. The bore's co-workers must stand in for the barista, shopkeeper, subordinate, neighbour or whoever routinely gets the benefit of their banality.

And the lack of a digital feedback mechanism doesn't help either, he says. Zoom doesn't allow for the subtle, non-verbal nudge - the unseen eye rolls or footsie under the table - that relieves some of the irk, even if it is in secret. Eyebrow raising is too obvious when your face takes up the whole screen and pointless if everyone else has their Zoom video off. Resorting to fidgeting, coughing, spluttering, murmuring or rustling papers is no longer an option. Their voice fills your ears and " their attention-seeking soul occupies your whole computer, sucking away your life-force."

Yes, lockdown will end eventually. Follow these simple tips to physically and mentally prepare to get back to business as usual
Lifestyle
1 year ago