I learnt a lot by making financial mistakes with Goop, admits Gwyneth Paltrow

Margaret Gardiner chats to the Oscar-winner about her lifestyle empire, latest role and THAT Golden Globes dress 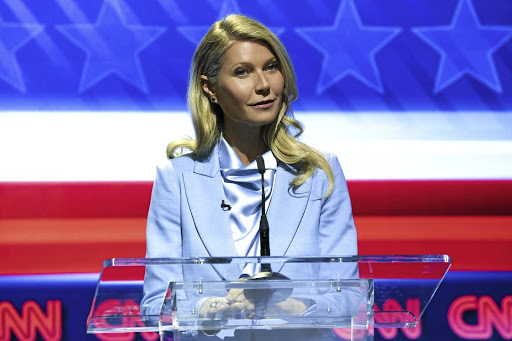 Gwyneth Paltrow in a scene from 'The Politician' season 2.
Image: Supplied

Social media was agog the morning after the Golden Globes in January. But it wasn't the winners of the awards that had everyone tweeting and Instagramming. Instead it was Gwyneth Paltrow's dress that was causing the furor. The dress was sheer, with a ruffled bra and matching panties that were clearly visible through the voluminous sheer. Oh, yes, she dripped diamonds. But who noticed?

This is the era of #metoo and #timesup, yet here was a woman walking down the carpet in what was basically a bride's veil, and she didn't need to. 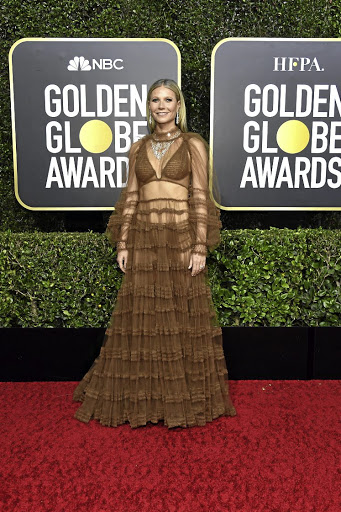 She's second generation Hollywood. Her mother is actress Blythe Danner and her deceased father, Bruce Paltrow, a noted producer - he made St Elsewhere - and director. She has dated Brad Pitt and Ben Affleck. She was married to Dakota Johnson's current squeeze, Chris Martin, from whom she famously "consciously uncoupled" when they divorced.

"I don't think we invented the phrase," She demurs on our Zoom interview to promote the second season of The Politician.

"The therapist helping us navigate through that period brought forward this work and philosophy around how to split up in a way that you could maintain your family, which at the time sounded pretty radical to the world.

"We're proud that we helped introduce a concept into the mainstream. It protects children in divorce, which is hard and very painful. I'm happy we could amplify that you can break up and still have love, friendship and a family structure."

The woman who has starred in the summer blockbuster franchises, Avengers and Iron Man, and won an Oscar for Shakespeare in Love admits that having teenagers who have amazing opinions "makes me feel old, but great at the same time".

But the LA native has eschewed the weighty work of her former contemporaries to run the hugely successful wellness and lifestyle brand Goop, which she founded almost 12 years ago.

"We were early starters in talking about women's awareness and women's health," she says. "Women have had to give themselves permission to ask questions about their wellness - and not only nutrition, general health and wellbeing, but also about their relationships, including work. We've brought a lot of concepts into the mainstream.

"The most rewarding part of the work is when we talk about something which resonates for somebody and we really help them. We get a lot of amazing feedback at the company." 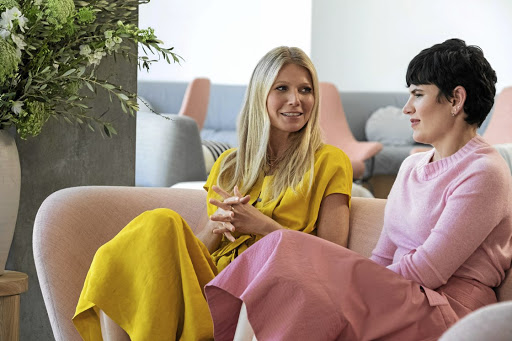 Her unruffled demeanor belies the fact that it hasn't been easy.

"Many women don't feel empowered around money," she says. "I had to learn how to read Excel, understand how to engineer a profit and loss; I've had a steep learning curve regarding the financial aspect of my business. Unfortunately, I've learned a lot by making mistakes there."

Paltrow hopes that women are starting to feel more empowered.

"It's about asking questions around money and finances. Women have incredible acumen around numbers, incredible instincts around managing money. Especially in a crisis because as women we're mostly responsible for how we disperse our household income. We make smarter choices," she says.

"I'm always learning, asking questions, trying to find that knowledge and I encourage other women to do the same."

WATCH | Margaret Gardiner chats to Gwyneth Paltrow her daughter, Apple, being a fashion icon and cooking.

The mother of Apple and Moses stepped away from her business-mogul mode for a while for her current husband, Brad Falchuk, who created Pose and American Horror Story. Paltrow worked with Falchuk in his collaboration with Ryan Murphy on The Politician.

Last year, when I asked why she did the TV show now streaming on Netflix, she said her husband had turned to her in bed and shared that he'd written a role for her.

Paltrow was brilliant in the role as the cuttingly smart woman who was cast as arm candy, but becomes disruptively more. She managed to insert boredom and a social consciousness into her portrayal that sums up the life of "the socialite" in certain monied circles.

Perhaps her Golden Globe dress was a nod to the character she portrays in the series - after you've snickered that indeed the emperor had no clothes on, and wondered what possessed the almost 50-year-old to appear like a nubile wannabe, you acknowledge that she had everyone's attention. When you have a resume like hers, you have leeway to foreground your physicality instead of your ability. You don't wear a dress like that unless that's the kind of reaction you hope to get.

I ask her about the reaction. "I wouldn't know, I don't read gossip. I never go online. I never read anything about myself. And I don't care; it doesn't uplift me in any way. I've been in the public eye for a long time. I don't learn anything from other people's projections so I stay away from all of that. I thought the dress was incredibly beautiful, strong and unique - that's why I wore it."

So ownership, not exploitation. Got it. And that's the theme of her life. She runs it; it doesn't run her.

So why has Paltrow decided to return for season two of The Politician when she insisted she was reluctant to appear in the first season?

"When I signed on to do season one, I signed on for two. I knew if they wanted to write me back into it, I would be available for them. I have a really good time doing the show. I love the people in it and it's fun to work with my husband and be a part of what Ryan's up to in the world."

WATCH | The trailer for 'The Politician' season 2.

How does that compare to her role in The Goop Lab, which also happens to be on Netflix?

"It's a very big departure from what's become my regular daily life, which is running Goop. Doing The Goop Lab was a different experience because I wasn't playing a character. I was on a mission with my fellow Goopies to bring these cool concepts to the world. It was impactful and meaningful for us to be able to bring Goop alive in a TV format."

So does running Goop allow enough time to return to the screen in a substantial way?

"I never say never. People say, 'She's retired', if I make a joke like that, people write it forever. I'd never say I wouldn't act again but for the foreseeable future my focus has to be my company."

WATCH | The trailer for 'The Goop Lab'.

Before we go, I wonder if starting out in love is a different experience as a mature woman. That "Gwyneth" smile spreads across her face like the sun emerging on a cloudy day.

"Obviously when you're raising children the days are long and the years are fast. It was a wonderful surprise I didn't necessarily think would happen for me. I got lucky. So I'm grateful. I think when it happens to you when you're a bit older you place a value and an importance on it that you don't appreciate when you're in your 20s because you don't know the difference yet. Honestly I'm so happy about it."

The actor tells Margaret Gardiner about his coronavirus scare, being Bond and his 'charming' new film, 'Eurovision Song Contest''
Lifestyle
1 year ago

The accomplished actor talks fatherhood, self-isolation and his latest roles in 'Artemis Fowl' and 'The Batman' with Margaret Gardiner
Lifestyle
1 year ago

Just like the character she plays in her latest film, Dakota Johnson grew up around music. It's a passion she shares with her famous father — and her ...
Lifestyle
1 year ago