Vagina art: it's been a thing since art began 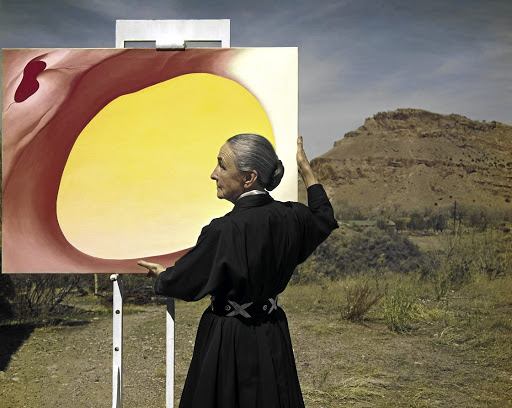 American painter Georgia O'Keeffe outside her art studio in Abiquiu, New Mexico, in 1960, with a painting from her 'Pelvis' series.
Image: Tony Vaccaro/Getty Images

If The Origin of Species was a perfume, a vagina would be the face of it: literal giver of life, the female sexual organ has captured humanity's imagination for millennia. The power of the pudendum is such that visual homage has been paid to it by peoples as disparate as ancient Indians, early modern humans, 19th-century Frenchies and contemporary creatives alike. And what a vagtastic history it has been.

Many a moniker has been adopted to describe female genitalia but an all-encompassing term for a woman's nether regions predates Urban Dictionary by thousands of years. Yoni, a Sanskrit word interpreted to mean "the womb", came to be employed to refer to all things south of the umbilicus - vagina, vulva, and origin.

One needn't look further than the lotus-headed fertility goddess Lajja Gauri for 6th-century vulva adulation, because nothing says "fine fanny art" like a lush bouquet of flowers for hair and an unabashedly yawning yoni.

The Neanderthals had a surprisingly artistic streak, as seen in the Venus of Willendorf figurine, which dates from 30,000BCE. The stone statue of an ample-bosomed woman flaunting her vulva proves that we all need a creative outlet - and what better way to express yourself than by making a naked effigy.

The classic sculptors of time immemorial had a non-puritanical approach to nudes, yet statues of women miss more than the odd arm, head, and nose - pubic hair is often made conspicuous by its exclusion. (Engravings are smooth too, unlike their male counterparts. And this was before "Brazilian" was anything more than the demonym employed to refer to natives of the largest country in South America.)

The classic sculptors of time immemorial had a non-puritanical approach to nudes, yet statues of women miss more than the odd arm, head, and nose - pubic hair is often made conspicuous by its exclusion

Francisco Goya's La Maja Desnuda (The Nude Maja, c. 1797-1800) is regarded as one of the earliest Western artworks to depict a naked woman rocking a full bush - without any negative connotations.

It remains one of the most noteworthy visual examples of how easily female genitalia can shake censors to the core. Remember when Facebook suspended French kindergarten teacher Frederic Durand-Baissas' account after he'd posted Courbet's artwork? And this in 2011. 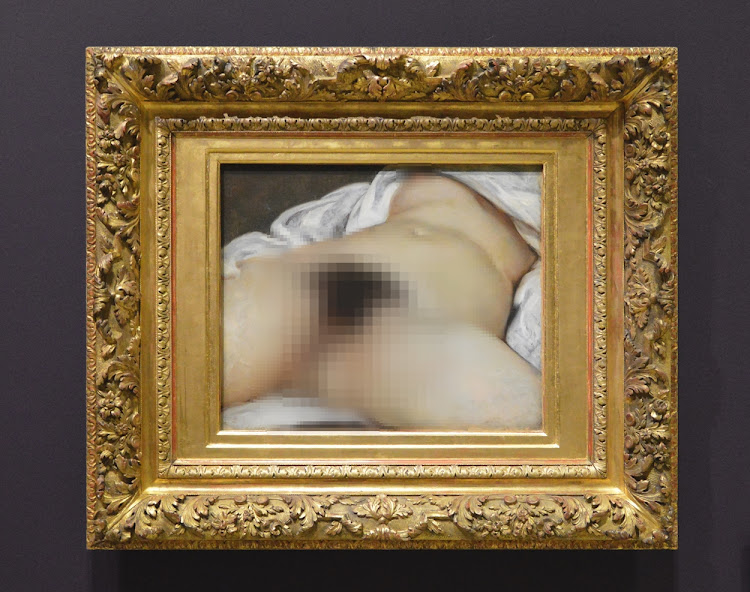 The 20th century introduced us to an influx of vulva work produced by women. Hurrah! If you were under the impression that "vagina art" is synonymous with Georgia O'Keeffe, both you and art critics have another thing coming.

The algorithm seems self-evident: flowers + female artist + first-wave feminism = a metaphor for vaginas. Calculation complete? But no. O'Keeffe dispelled the assumption that she was detailing anything other than biodiversity in her paintings via the written word, as published in the catalogue of her early 1930s exhibition, An American Place:

"Well - I made you take time to look at what I saw and when you took time to really notice my flower you hung all your own associations with flowers on my flower and you write about my flower as if I think and see what you think and see of the flower - and I don't."

The chiselling and moulding of vaginas made a comeback in the mid-20th century by way of Niki de Saint Phalle's Hon - en katedraal. This temporary indoor sculpture, which translates to "She - a cathedral" in Swedish, was displayed in Stockholm's Moderna Museet for three months in 1966. Hon - en katedraal invited attendees to enter the 25m long and 9.1m wide reclining sculpture of a Nana - a pregnant woman - via her gargantuan vagina.

Representative of a fertility goddess and featuring an inscription on the Nana's thighs that read Honi soit qui mal y pense ("May he be shamed who thinks badly of it"), De Saint Phalle's work challenged fragile masculinity five decades before it became our daily goal.

And ah yes, no piece on the visual representation of vaginas would be complete without mentioning the feast that launched 1,038 clitorises. Feminist art icon Judy Chicago's installation The Dinner Party (1974-79) features a triangular table with 39 place settings symbolically honouring mythological and historical women throughout the ages - from Kali to Sappho to Elizabeth I to Virginia Woolf.

Each plate depicts vulva and butterfly motifs, and the floor below the table is inscribed in gold with the names of another 999 women who shaped civilisation. 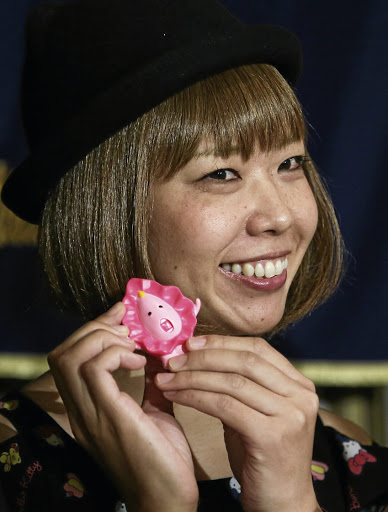 Remember realist provocateur Gustave Courbet's L'Origine du Monde? Black, Brooklyn-based, openly lesbian artist Mickalene Thomas did a 180 on the above-mentioned artwork with her 2012 painting, Origin of the Universe I. By photographing herself in the same position as Courbet's model, transferring the image onto a canvas, and studding her vulva with rhinestones, Thomas gave the Westernised male gaze a big up-yours.

Megumi Igarashi, who goes by Rokudenashiko (roughly translated as "good-for-nothing-girl" in Japanese) overtly challenges her country's vaginaphobia - and has the arrest record to prove it. Her 2014 project, a kayak modelled on a 3-D print of her vagina, was backed by fans via crowdfunding. In return, Rokudenashiko e-mailed her donors data of her 3-D vagina, which was met with one word from Japanese authorities: "Obscene!" An arrest ensued, she spent 10 days in a women's prison, was released, all charges dropped, and continues to create vagina-inspired art.

"The primary motif of my work is my own manko," her Instagram bio reads (manko being Japanese slang for female genitalia).

In addition to manko art, Instagram also established a platform to celebrate vulva diversity, as seen in Dutch illustrator Hilde Atalanta's The Vulva Gallery. Dedicated to portraying vulvas in all their forms, Atalanta draws attention to the fact that no, not all are clean-shaven and pink, and yes, there is a difference between a vagina and a vulva. Sex education: 1. Mainstream media: 0. 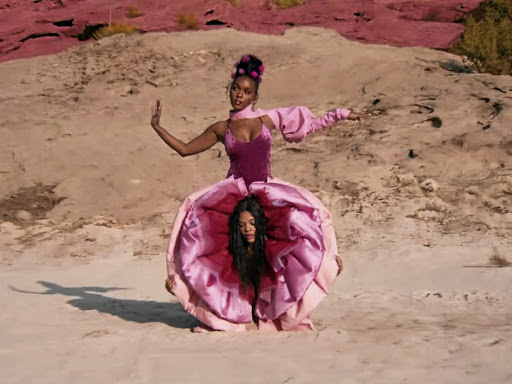 On the local front, artist Lady Skollie's Pawpaw Print and Pussy Print III explore sexuality, gender, and identity politics with a no-shame attitude. And rapper Janelle Monae also deserves a shout-out for her role in introducing us to an iconic costume that carries far more gravitas than MC Hammer pants. Monae and her back-up dancers donned full-length trousers fashioned to look like vaginas for the 2018 music video of Pynk. A sartorial choice that deserves both an encore and a standing ovulation.

Iconography, sculpture, painting, Instagram and YouTube aside, the vaginesque has also established itself in the emoji-sphere, leading to a debate about which ideogram is the most apt depiction of female genitalia. (The cherry blossom and its floral cousins are options. The pussy cat says it all, right? The "sharp-sharp" symbol totally resembles a vaginal canal, no?) But while this conversation continues, we can all at least unanimously agree that any of these makes more sense than the eggplant.

There are no hidden messages in the music video for Janelle Monae's empowering track, 'Pynk'
Lifestyle
4 years ago