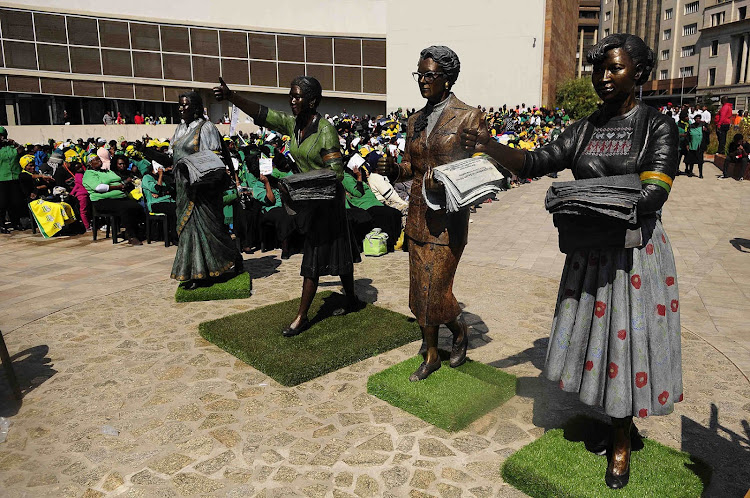 ‘Wathint' abafazi, wathint' imbokodo'. This war-cry was made famous by a group of women who knew the power of their voices as they marched to the Union Buildings in Pretoria 64 years ago.

On August 9 1956, Lilian Ngoyi, Rahima Moosa, Helen Joseph, Bertha Gxowa and Sophia Williams-De Bruyn led 20,000 women of all races to hand over petitions to then prime minister JG Strijdom in protest of the proposed amendment to extend the pass law to include women.

Lets take a closer look at the leaders of the Women's March.

Lilian Masediba Ngoyi was one of six children of a Pretoria family.

She was arrested for using 'whites only' facilities in a post office when she joined the ANC during the 1950 Defiance Campaign.

In 1953 she became the president of the ANC Women's League.

On August 9 1956, she was one of the four women to spearhead the women's march to the Union Buildings, in Pretoria, to hand over thousands of signatures opposing pass laws.

This women’s month, we are shining the spotlight on just a few of the many South African women who are stars in their field of work and areas of ...
Lifestyle
1 year ago

She was a member of the Transvaal Indian Congress and later the ANC.

She helped organise the Women’s March together with Helen Joseph, Lillian Ngoyi and Sophia Williams.

Her health took a turn for the worse after a 1970 heart attack.

Helen Fennell was born in Easebourne, United Kingdom, in 1905.

Around 1930 she moved to Durban where she met and married Billie Joseph.

She was a founder member the Congress of Democrats (COD) - the ANC's white ally. She was also national secretary of the Federation of South African Women (FEDSAW) in the 1950s.

She became one of the organisers of The Women's March, resulting in her being charged with high treason in December 1956, and banned in 1957.

She was placed under house arrest in 1962, and survived several assassination attempts.

Joseph passed away on December 25 1992 in Johannesburg.

As part of the Defiance Campaign in 1952, Gxowa voluntarily went to Krugersdorp without a permit, for which she spent 10 days in prison.

She joined the ANC Youth League during the anti-Bantu education campaign. In 1954 she became a founding member of FEDSAW, through which she helped organise the Women’s March against pass laws in 1956. Gxowa, Joseph, Robert Resha and Norman Levy travelled the country collecting petitions that would be delivered to the Union Buildings during the march.

After a long career in politics, she died in 2010 at the age of 76 from complications after a surgery in Johannesburg.

She was introduced to the Congress Movement and the ANC while working as a shop steward at a textile factory. She was a founding member of the South African Congress of Trade Unions.

After moving to Johannesburg, she continued working with the Congress Movement as an organiser for the Coloured People’s Congress, and as a consultative committee member of The Freedom Charter.

On August 9 1956, Williams-De Bruyn, together with Lillian Ngoyi, Rahima Moosa, and Helen Joseph, led the march of 20,000 women to the Union Buildings to hand over petitions opposing the Pass Laws.

Williams-De Bruyn now serves on the Integrity Commission and Current List Committee of the ANC, the ANCWL, and the ANC Veteran’s League, as well as on the boards of the Ahmed Kathrada Foundation and the Trevor Huddlestone CR Memorial Centre. She is Patron of the Sophie & Henry De Bruyn Foundation.