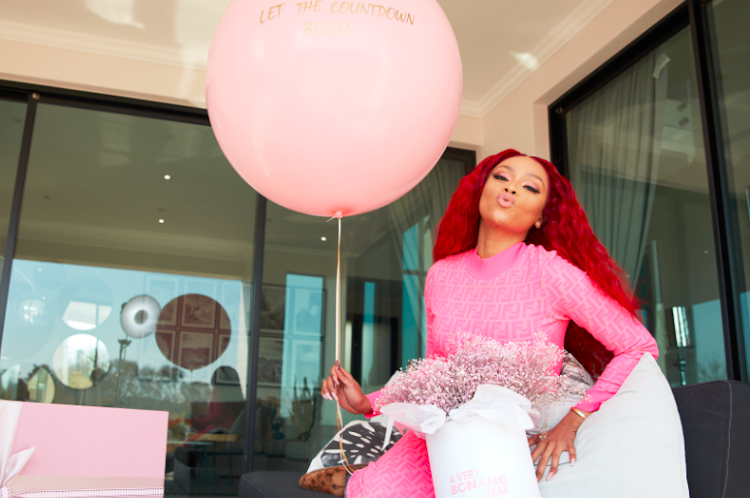 Bonang Matheba's ability to evolve in the entertainment industry has been one of her strongest traits.
Image: SUPPLIED BY Lindile Ndwayana from Bonang Media executive

Many people who have watched Bonang Matheba in action will agree that her presenting skill is seamless and gripping at the same time.

South Africans were first introduced to the Mahikeng-born star back in 2007 when she presented the popular SABC 1 music programme formerly known as Live, now Live Amp.

Mzansi used to look forward to Friday evenings to get a chance to witness Matheba's cool and latest township lexicon, such as “re tlo go tlhatlhamola” (we are going to unravel you).

The 33 year-old has been able to remain consistent in her 13-year career in the entertainment industry. Her versatile style of presenting coupled with her unique voice have earned her numerous presenting jobs.

In 2018 she co-hosted a Global Citizen Concert alongside comedian Trevor Noah and British supermodel Naomi Campbell.

If the Queen B is not securing reality show contacts she is launching her brand of Méthode Cap Classique (MMC). Matheba has bagged two reality shows - one with DStv dubbed Being Bonang, and a documentary titled A Very Bonang Year with the public broadcaster, which will air on SABC 1  on August 1, where fans will get an opportunity to see how she lives.

In 2019 Matheba made waves again when she announced the launch of her own line of MMC, House of BNG, where she invited top celebrities and influencers to celebrate the day with her.

Matheba also takes her social responsibility seriously. She established the Bonang Matheba Bursary fund through which she aims to help 300 women through university by 2025.

She has popularised many phrases, but the one that has stood out the most is Go Monate (everything is good). She partnered with online store Spree (now Superbalist) and designed a T-shirt line with her catchphrases.

“I am not a social media star. I did not get my stardom and fame from social media. I am an award-winning media personality.”
TshisaLIVE
2 years ago

Bonang's biggest lesson: 'Don’t trust anyone with anything in the industry'

"I have accepted the territory and what it comes with. You can't really complain when you know what to expect."
TshisaLIVE
2 years ago

'Oh, no baby. That door is closed! Askies'
TshisaLIVE
2 years ago