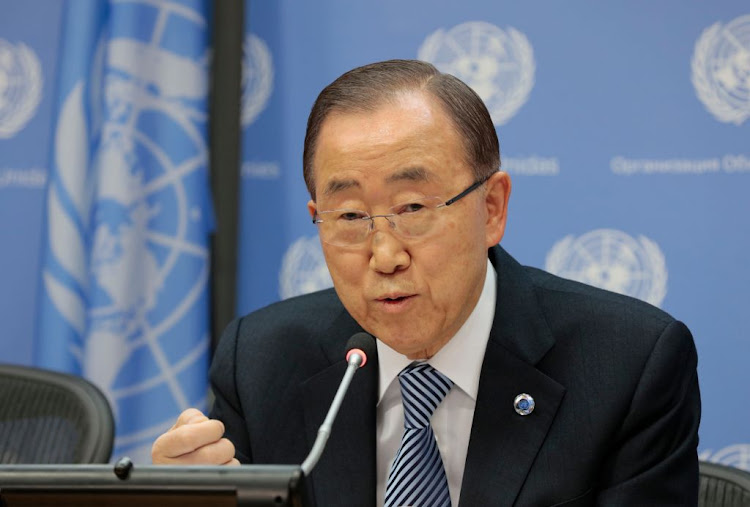 Ban Ki-moon is among those urging leaders to back an emergency plan including the protection of front-line national education budgets, debt relief for poor countries and increased multilateral aid. File image.
Image: EuropaNewswire/Gado/Getty Images

Former world leaders called on Tuesday for urgent global action to stop coronavirus creating a “Covid generation” with millions of children deprived of education and forced into marriage and work.

As lockdowns end, they urged governments to invest in catch-up programmes to prevent irretrievable damage to children's futures.

“We cannot stand by and allow these young people to be robbed of their education and a fair chance in life,” said the letter signed by 275 former world leaders, economists and educationists.

Of particular concern are an estimated 30 million children who may never return to school despite lockdowns ending.

“For these, the world's least advantaged children, education is often the only escape from poverty — a route that is in danger of closing,” said the letter addressed to G20 heads, governments, the World Bank, IMF and development banks.

“Many ... are adolescent girls for whom being in school is the best defence against forced marriage and the best hope for a life of expanded opportunity.”

Worldwide, an estimated 12 million girls are wed every year before the age of 18 — nearly one girl every three seconds.

UN experts have predicted the pandemic could lead to an extra 13 million child marriages over the next decade.

The former leaders and economists said many other out-of-school children risked being forced into exploitive and dangerous labour.

UN agencies say the number of child labourers worldwide has dropped to 152 million from 246 million in 2000, but fear the pandemic could spur the first uptick in child labour in 20 years as families struggle to survive the economic fallout.

The former leaders warned that the education emergency would jeopardise global goals to end poverty and inequality by 2030 and could set back progress on gender equity by years.

More than a billion children are still out of school because of lockdowns, the letter said. While many have benefited from e-learning, lack of internet access has left the poorest shut out of education.

The former leaders warned that education spending in low and middle-income countries faced $100-150 billion in cuts.

They urged G20 heads, national governments and global financial institutions to back an emergency plan including the protection of front-line national education budgets, debt relief for poor countries and increased multilateral aid.

The National School Nutrition Programme (NSNP) is ready to implement on a full scale but due to fears of Covid-19, parents are not allowing pupils to ...
News
1 year ago

Pupils who spoke to TimesLIVE on Monday said there was additional stress because of losing even more of the school year due to the one-week closure ...
News
1 year ago