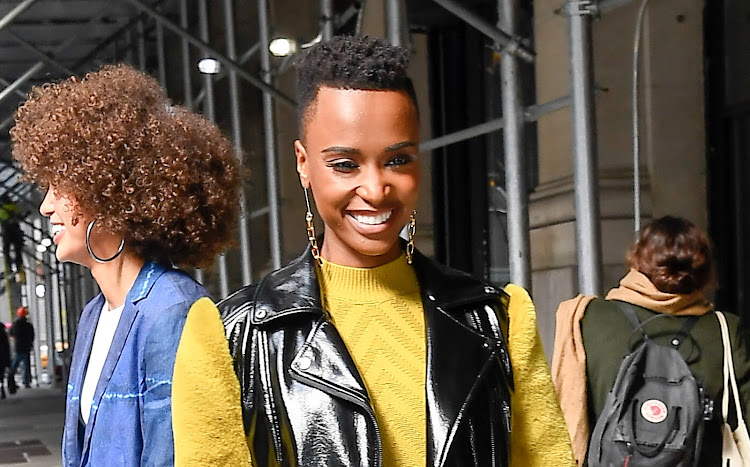 Zozibini Tunzi in New York, the city she moved to in order to fulfil her Miss Universe duties in 2019.
Image: Raymond Hall/GC Images/Getty Images

This Women's Month, we’re shining the spotlight on some of the SA women who are stars in their field of work and areas of influence. Today’s inspirational ‘Woman of Wonder’ is Zozibini ‘Zozi’ Tunzi. Click here to see some of the other women we’ve previously paid tribute to.

Born in Tsolo in the Eastern Cape, she's a model, PR graduate, former Miss SA, and the reigning Miss Universe. She lives in New York.

Winning Miss SA — which Tunzi did in 2019 — is enough to make anyone a household name, but she garnered extra attention for being the first black women to do so while rocking a natural hairstyle. Some even suggested that her hairdo had something to do with her victory: she’d worn a weave when she previously competed for the crown in 2017 and only made it to the semifinals.

WHAT MAKES HER SO INSPIRING?

As Tunzi told TimesLIVE, she’s been breaking stereotypes since the minute the Miss SA tiara was placed on her signature fade. By being “unapologetically black in all of [her] blackness”, she's sparked conversations about the serious need to change society’s outdated definitions of beauty.

Beyond advocating for natural beauty, Tunzi's all for female empowerment. On the night she won the Miss Universe pageant, she famously encouraged young women to “take up space in society and cement themselves”.

Though Tunzi's reign as Miss Universe has been somewhat hampered by the Covid-19 pandemic, this beauty queen continues to inspire her 'loyal subjects' via social media where she speaks out about important issues.

The beauty queen has moved to New York where she shares a flat with Miss USA. Here are some other things you probably didn't know about her
Lifestyle
2 years ago

Tunzi recently commemorated the anniversary of her Miss SA win by sharing a video clip from the pageant on Instagram. In it, one of the judges asks her, “Through all the darkness that SA women face; emotional, physical, sexual and economic abuse, what reason do we have to keep smiling?”

To which, she replied: “We have absolutely no reason to keep smiling, because SA women are dying every day and mostly people are doing nothing about it. It is not up to us, it’s up to perpetrators to start doing right.”

In the caption accompanying the video, Tunzi writes that she could have taken the easy way out by answering with a list of the many wonderful things about SA women, but she chose to go with the “uncomfortable hard-hitting truth”.

“I knew that millions of people were watching and I wanted to do my part [to contribute] to a bigger fight. That's what it takes. A collection of small efforts from everyone. May we always find the courage to speak out and act against injustices.”

It's Tunzi's willingness to do just that that makes her such a worthy role model.

Though Tunzi’s certainly not afraid to stand up for what she believes in, she is afraid of heights and holes.

OTHER 'WOMEN OF WONDER':

Thuli Madonsela's fight against corruption made her one of the most popular public figures in SA.
Lifestyle
1 year ago