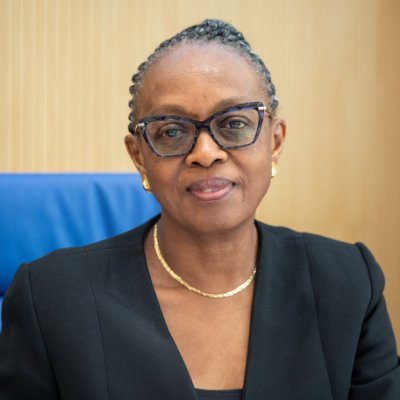 Africa, like the rest of the world, is engulfed by the Covid-19 pandemic but the continent has one of the finest minds leading the fight against the deadly coronavirus. The World Health Organisation's (WHO) Africa director, Dr Matshidiso Moeti, was born on our soil, in KwaThema, near Springs in Ekurhuleni.

WHY SHE'S AN INSPIRATION

Moeti was exposed to medical professionals from a young age as both her parents were doctors. She followed in their footsteps and obtained a degree in medicine (MBBS) from the Royal Free Hospital School of Medicine, University of London, and later a master’s degree in public health (MSc in community health for developing countries) from the London School of Hygiene and Tropical Medicine.

Appointed as head of WHO's African region in 2015, her impeccable work in the health sector in Botswana and across the continent over nearly four decades would fill hundreds of pages.

Moeti worked for the Botswana government as a clinical and public health specialist before joining  UN agencies on the continent. In the mid-1990s, she served as  Unicef's regional health adviser for east and Southern Africa, and later was also UNAids team leader for the Africa and Middle East desk in Geneva, Switzerland.

According to WHO, Moeti joined its regional office for Africa in 1999. Before this appointment she had  served the organisation as deputy regional director, assistant regional director, director of noncommunicable diseases, WHO representative for Malawi, co-ordinator of the Inter-Country Support Team for the south and east African countries and regional adviser for HIV/Aids.

The Mail & Guardian reported that Moeti was only 10 when she started high school in Eswatini. The daughter of doctors, she later married one.

She lost her mother at 17, but Phuti Mahanyele defied all the odds

When you look at the achievements of business mogul Phuti Mahanyele, you would never think she had to overcome the loss of her mother
Lifestyle
1 year ago