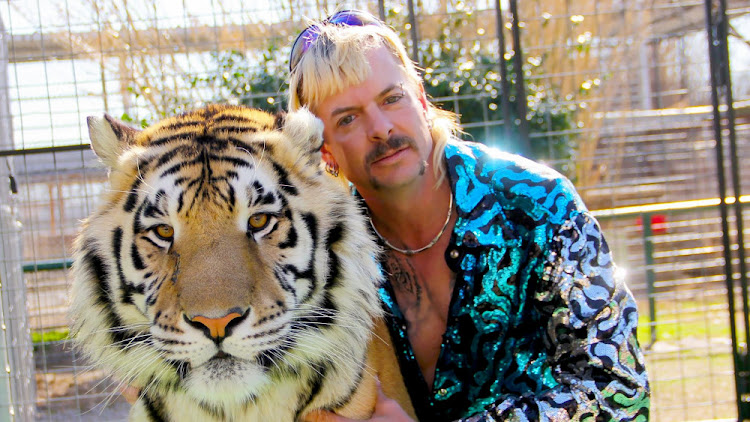 Joe Exotic, the larger-than-life character at the heart of Netflix's 'Tiger King', is dipping into the fashion world.
Image: Netflix

At the start of lockdown, which may seem like a lifetime ago, the world was introduced to Joe Exotic, the subject of Netflix's popular Tiger King: Murder, mayhem and madness docuseries.

The former zookeeper who is serving a 22-year jail sentence for arranging the murder of his long-time enemy, Carole Baskin (she's still alive), jumped to stardom after the release of the show.

His mullet and blonde hair did wonders for his career. Exotic capitalised on this success by launching a fashion line in May, which sold out in a few hours, reports the New York Post.

According to TMZ, his latest dip into fashion will be underwear, with his face placed strategically over the crotch area.

It will be available for men and women.

The line will go on sale on September 7.

They are 100% cotton and are said to keep everything "stylish and secure."