Banele Khoza, owner of BKhZ Gallery in Braamfontein, is riding a wave of success 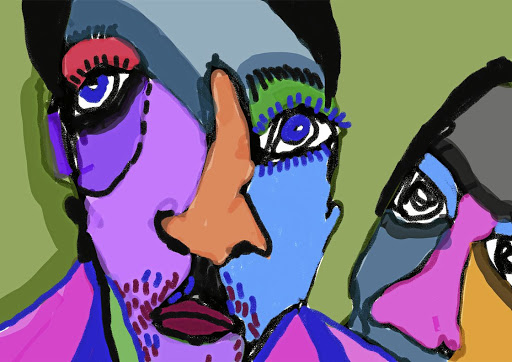 'Between us' by Banele Khoza.
Image: Supplied

The "how are you doing", conversational opening gambit takes on unprecedented heft and portent during the Covid. So it's a pleasant turn of events when Banele Khoza answers that the past three weeks have been the best of his year, albeit with the help of therapy and staying present in the moment.

But it probably also helps that his business model for the BKhZ Gallery in Braamfontein seems preternaturally geared up for just this eventuality. While his career as an artist is on the kind of trajectory where the only way is up.

Khoza says his prescient approach to the gallery was a direct result of its location in Braamfontein. "It became clear in the first month that the person walking in to the gallery was not always a buyer but a student, so I had to find ways to bring the work to the buyer." He turned to technology.

"Immediately it was Instagram, and it grew into VR [virtual reality] - the first one was in 2019 and this year we launched the app." Innovations like this now seem like no-brainers as art fairs and auctions all move online, but Khoza was miles ahead.

Studio H and Between 10 and 5 have come up with a novel way to raise funds for SA's struggling restaurant industry.
Lifestyle
1 year ago

"Prior to entering into the system as a gallerist I was participating as an artist starting in 2013. My career started peaking in 2014/15/16 and I was very lucky to have my first show in a museum [the Pretoria Art Museum] and now I'm working towards having my third museum show outside the country."

This phenomenal run inspired Khoza to look outwards to his community. "I've been supported as an artist so it was very important for me not to just grow by myself. I'm fortunate to have a huge network of collectors, curators and resources. To just keep on gaining only for myself felt unsatisfactory."

This kind of thinking spurred him on to create the gallery space which has taken on a life of its own. 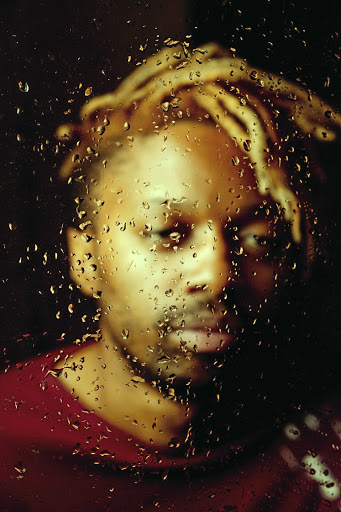 "In terms of talent, I see some of my peers as much more talented. I look at my classmates [at Tshwane University of Technology] and feel inspired by their talent. I felt I could see their futures and it made me work harder. Also, I knew that when I turned 21 my parents would stop supporting me so I had no option. I tried to work hard and smart and that's been the difference."

His primary artistic influence was a visceral response to the 2008 Marlene Dumas exhibition in SA. "It literally gave me a painting career. If I hadn't seen her work I'd probably be doing something else. I saw her Moshekwa Langa painting [Moshekwa] as a full page in the Sunday Times and I thought, 'If I was a painter I'd love to articulate my voice in this way - both strong and vulnerable at the same time'."

A love for Penny Siopis and then Langa himself solidified Khoza's approach to his work. "I spent a residency with Moshekwa observing his studio practice - he's in the studio every day. My personality is somewhere in between; both inside and outside the studio." Although at the moment he's very much in the studio having started a second studio space to work on three exhibitions happening in Europe next year.

"The intention I had for next year was to take the gallery to Paris, but Covid interrupted that. I'd love to host a pop-up gallery in Paris," he says. "Growing up it was my dream to work in that city - I've been embraced by Paris with offers of residencies. The next city to visit will be New York. I was going to do a residency in April."

What has this period taught him? "Re-centring. Rethinking who you're supposed to be as opposed to who you thought you'd be. I'd like to see young artists more connected with themselves revealing their identities, rather than doing what they think the market wants. Everyone wants to be part of the currency, what's immediately selling. You end up reinventing instead of finding out who you are."

So who is Banele Khoza? He laughs. "I feel I'm destined to grow beyond what I've set for myself. I'm open to the possibilities."

Artist-led exhibition spaces are proof of our local players' capacity for innovation and collaboration, which is just what's needed in a ...
Lifestyle
2 years ago

What artist Banele Khoza is watching, reading & listening to

By Sanet Oberholzer
Lifestyle
2 years ago