Want your own T rex skeleton? It'll set you back more than R90m 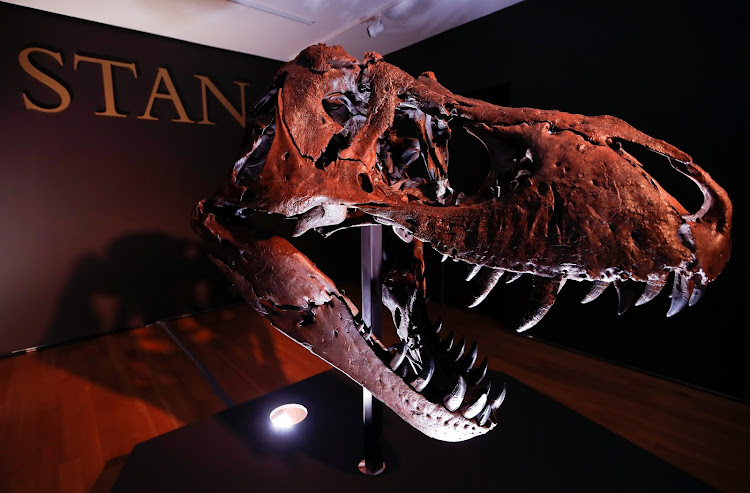 The head of a 67-million-year-old Tyrannosaurus rex skeleton, one of the largest, most complete ever discovered and named 'Stan', is seen on display before its auction at Christie's.
Image: Mike Segar/Reuters

The British auction house Christie’s plans to sell the skeleton of one of the largest known Tyrannosaurus rexes in early October, the company said on Wednesday.

The dinosaur known as “Stan”, which is about 67 million years old, was discovered in 1987 in South Dakota, in the US, by amateur paleontologist Stan Sacrison.

“He showed it to scientists at the time who unfortunately misidentified it as a triceratops,” James Hyslop, Christie's head of science and natural history, said.

Triceratops remains are relatively common in the paleontological world, so the bones failed to garner much interest until Sacrison took them to the Black Hills Institute in South Dakota in 1992.

Researchers there “realised pretty quickly that they had something special in their hands,” said Hyslop. They recategorised Stan as a T rex and mounted a new search to uncover the rest of the bones. They recovered 188 out of an estimated 300 total for any T rex, Hyslop said. 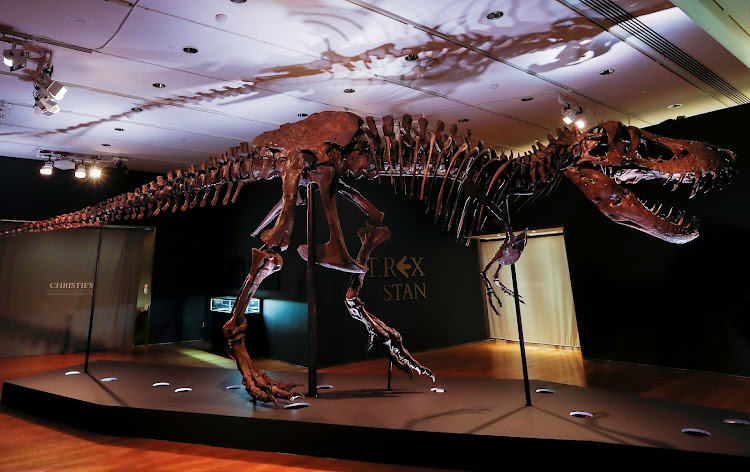 Most T rex skeletons are held by museums and private institutions. The auction is an opportunity for a private collector or institution to acquire the bones, Christie's said.

Stan is 12m long and 4m high, Christie’s said. He is also notable for two fused vertebrae scientists have identified in his neck, suggesting the dinosaur broke his neck and survived during his lifetime. “The clue is in the name, the Tyrannosaurus rex,” Hyslop said. “He is the tyrant lizard king.” 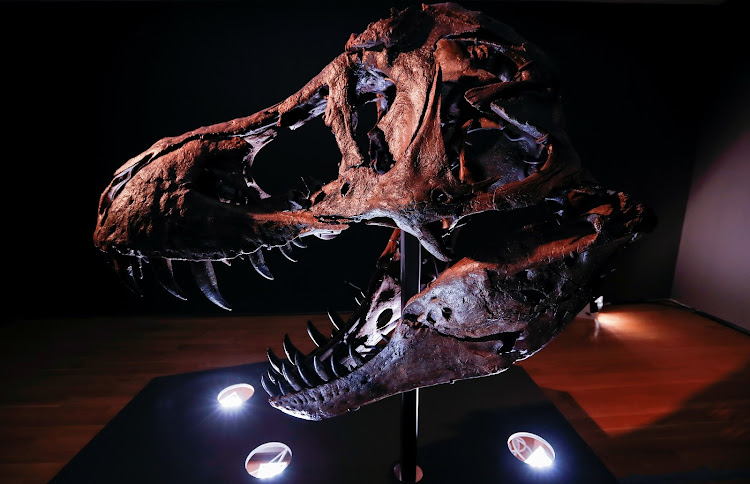 The head of 'Stan', seen on display at Christie's.
Image: Mike Segar/Reuters

Christie’s will display the dinosaur from Wednesday to mid-October at its Manhattan, New York, location, the company said. It plans to book socially distant viewings for the public.

“We've got the skull displayed at ground level so that you can get really up close and personal with him and just see the serrations on his teeth,” Hyslop said. “His longest tooth is 27cm long. It's just terrifying to behold.”

A museum in Sweden has launched an exhibition of bizarre alcoholic drinks from around the world.
Lifestyle
1 year ago

The most eye-catching and surprising auction sales for 2019

From stainless steel rabbits, to sneakers, watches and whiskeys, these are some of the most eye-catching and surprising auction sales of 2019 ...
Lifestyle
2 years ago