Gen-Xers have now lived long enough for the popular culture of their youth to start looking like heritage, writes Ufrieda Ho

It happened. Sometime between when your Docs got shoved to the back of the cupboard and when a good night out ended with green tea, not a ringing in your ears from too many nightclub decibels, you grew up.

But hold on, Gen-Xer. Take a few slow, deep breaths before you go pulling out another white hair or cursing that you have to Urban Dictionary some other millennial acronym to make sense of messages on your work WhatsApp group: the pop culture heritage of your growing-up years in the 1980s and mid-'90s is having something of a revival moment.

That the comeback is slicker than a rehash or mere stumble down memory lane is a nod to the fact that some of your cool teenage things - yes, your Nirvana T-shirts, your Rubik's cube and your Nokia 3310 (when you grew up enough to have a cellphone) are still cool today.

There are rumours of a Kurt Cobain biopic in the pipeline for 2021 and speedcubing has evolved into a sport with world championships. It's a nod to the things that stand the test of time; it also marks the moment when nostalgia mellows into the heritage of a generation.

News earlier this month was that there will be a 30-year reunion show of Fresh Prince of Bel-Air, created by Andy and Susan Borowitz. Hard to believe, but it's been three decades since Will Smith made wearing a flipped-up cap sideways a thing.

The US sitcom ran for six seasons and was centred on the antics of a teenager sent from the mean streets of West Philadelphia to live with his rich uncle, aunt and cousins in posh Bel-Air. The collision of the two worlds framed the weekly plots, so did the uncomplicated lessons in how bridges can be built through better mutual understanding. Skilful comedic writing and relatable characters hit home with the laughs; but the show also dared plait in themes of racism and sexism. The reunion show, scheduled for release in November, will be produced by Smith and his wife Jada Pinkett-Smith's company Westbrook Media.

Fresh Prince launched Smith, now 52 years old, into super stardom and laid down an essential layer of the heritage story of African-Americans' presence and portrayal in television, much in the same vein that The Cosby Show did in the mid-'80s.

That the basketball-loving, rapping teen Will had resonance and fans, especially young fans, in SA in the last years of apartheid had subliminal (if the SABC censors were napping) but potent messaging. It normalised black actors starring in mainstream hit shows. 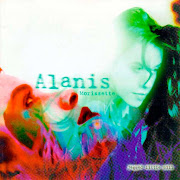 This year also marks a milestone for Canadian singer Alanis Morissette's breakout album Jagged Little Pill. A Broadway musical has been made to celebrate the legacy that came with the explosive release of the album 25 years ago. Morissette was just 21 when she created anthems as sonic zeitgeist of young women, in particular, shouting back.

Essentially Morissette had a clear message: life is mostly shitty and ironic but survivable - wisdom for the ages, really.

Popular culture and generational heritage create a kind of bind, an interlocking of identities and frames of reference. There's heritage in shared pop culture and memories like the menthol snap of a Peppermint Crisp as a childhood chocolate favourite. This was a time when wasabi, acai and salted caramel had no business with chocolate.

Gen-Xers remember when crisps didn't come in tubes and dial-up modems made alien bleeps and boings as they came to life as internet connections.

Netflix has added to a reliving of '80s and '90s pop culture with its recent releases. In the series Cobra Kai, it has brought a modern-day twist to the 1984 movie The Karate Kid. The series is cheesy, but makes for addictive entertainment as it imagines the life of the grown-up cast of the 1984 original. Ralph Macchio is back in the lead role - he's a car salesman. There's a nod throughout to the Japanese sensei Mr Miyagi, and those who know the original film will love the déjà vu of the "wax on, wax off" line being revived.

Netflix's other 2020 doccie, The Last Dance, celebrates Michael Jordan not just as a basketball hero worshipped by the kids of the '80s and '90s, but as a real legend forged in the fullness of human flaws and vulnerabilities.

You're all grown up now, Gen-Xer. The middle of life is not the beginning of the end. If looking back is any indication of what's to come, take heart because it's been a hell of a ride so far.