"Any suggestion that the duke and duchess collaborated on the book is false," one of the authors said 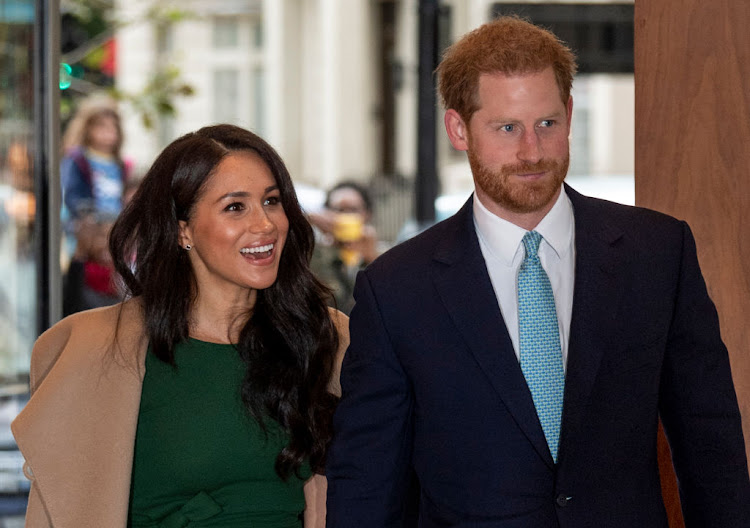 A lawyer has denied that the duke and duchess of Sussex cooperated with the authors of 'Finding Freedom'. File photo.
Image: Mark Cuthbert/UK Press via Getty Images

Lawyers for Meghan, the wife of Britain's Prince Harry, said on Monday a say by a tabloid paper she is suing for invasion of privacy that the royal couple co-operated with a recent book about them was “manifestly false”.

Meghan, officially titled the Duchess of Sussex, is suing publisher Associated Newspapers over articles the Mail on Sunday printed last year that included parts of a handwritten letter she sent to her estranged father, Thomas Markle, in August 2018.

At a hearing at London's High Court on Monday, lawyers for the Mail said Finding Freedom, a biography of Harry, 36, and Meghan, 39, published in August, appeared to have been written with the extensive co-operation of the duchess.

They were seeking to amend their case ahead of a trial due to start in January, arguing that Meghan's alleged co-operation with the book's authors showed she intended some private details to be made public, including the contents of the letter.

'My daughter dumped me the day before she got married': Thomas Markle

“I'm very upset with Meghan and Harry right now. I don't think they have the right to use the word royal..."
Lifestyle
2 years ago

Antony White, the paper's lawyer, told the court some personal information could only have come from the couple themselves or close friends authorised to disclose it.

The book “gives every appearance of having been written with their extensive co-operation”, he said in a written submission.

Meghan's lawyer Justin Rushbrooke said there was no evidence for the Mail's argument which he said was based on assertions which were “manifestly false”.

“What the defendant is saying is we don't have any evidence for this case... we are relying on inference. Inference is not evidence,” he said.

One of the book's authors, Omid Scobie, also gave a witness statement in support of Meghan in which he describes the book as “an independent and unauthorised project”.

“Any suggestion that the duke and duchess collaborated on the book is false,” Scobie said. “They did not authorise the book and have never been interviewed for it.”

The paper argues that its publication of her letter to her father in February 2019 was justified by Meghan's own “media fightback”, which consisted of anonymous interviews given on her behalf by five of her friends to the US magazine People.

The court was told the Mail's case was that Meghan had used her friends to influence the media and encouraged them to act as her PR agents.

Meghan denies that her friends were acting on her behalf.

White argued that if she had not co-operated with the book or allowed her friends to speak to its authors, it was “inevitable” that Meghan would have sued, which she was not doing, or stated that the contents were invented.

Rushbrooke dismissed this as a “flimsy leap”.

The trial is scheduled to start on January 11 and to last between seven and 10 days. At a hearing on Monday, the court was told there would be seven witnesses, of whom four will appear on behalf of Meghan.

Meghan's legal team has budgeted just under 1.8 million pounds ($2.3 million) for the case, while the Mail's costs are estimated at more than 1.2 million pounds. The judge, Francesca Kaye, said both amounts seemed “disproportionate” as it was not a “high value” say or complex case, and was essentially a personal dispute.

She will give her ruling on whether the Mail can amend its case at a later date.

Meghan Markle's estranged father, Thomas Markle, accused his daughter of "cheapening" the British royal family in part of an interview released a day ...
News
2 years ago