The director has harsh words for critics who don't 'get' his new show, writes Margaret Gardiner

"I'd say 'Go f*ck yourself', and then I'd say, 'Go f*ck yourself' again," says director Ridley Scott, who made the critically acclaimed films Alien, Black Hawk Down, Blade Runner, Gladiator and many more. This is his response to critics who don't "get" Raised by Wolves, his new show on HBO Max.

"Let's move past the action-bullshit that we see continually, which is usually negative and violent. You've got to change the landscape from constantly playing up the brain-damaging bullshit," he says.

Asked to describe Raised by Wolves, the Brit says: "It's about two children brought into a new world, Kepler-22b, after the Earth is destroyed by a great war. They're looked after by a powerful 'she' person — the 'Mother'. 'Father' and 'Mother' on this new world are metaphors for Adam and Eve. When our world destroys itself, two androids are sent into space with children, in the hope they can start a new civilisation. The show deals with atheism and Mithraicism [a strong belief in a supernatural power] — some of the audience won't even know what those two words are," says Scott.

"It's a great way of discussing the pros and cons of religion," he says. 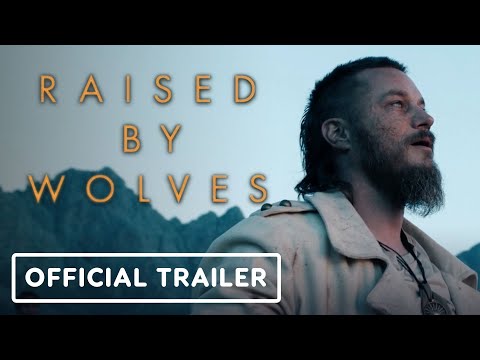 Although it sounds dense, the series pulls you in as you understand the wider context. As is the case with much of his recent work, the lead is a woman, Amanda Collin.

Scott says he's always been comfortable creating female protagonists, long before political correctness dictated it. "My mother was dominant in the life of her sons. We had enormous respect for her. I've never had a problem having a female as my boss."

Knighted in 2003, Scott, who calls himself "a reformed bad-tempered motherf*cker", has a reputation for being mercurial. But in person he's curious with a sharp sense of humour. He was keen to explore emotions in Raised by Wolves.

"Passion is essential to feed adrenaline and will drive you a long way up a — good or bad — path. I'm pretty fiery but I've learned to control that — you don't get much out of banging doors and kicking walls. I try to be sensible and, no matter how idiotic the question is, I try to be nice," he laughs.

How does he choose a project? "Every subject or screenplay I pursue stands on its own. I try to make them all different so as not to repeat myself." 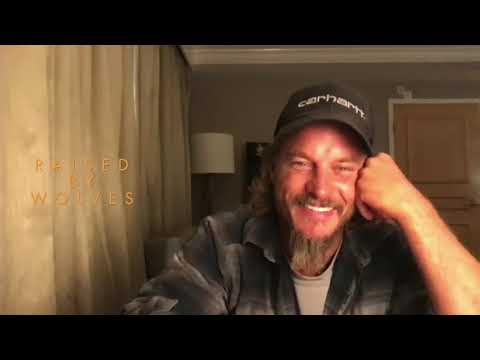 The 82-year-old insists he's pretty frugal, eschewing a home theatre for a state-of-the-art screen in his living room, where he can put his feet up with a beer. "There's so much bad shit around. I don't want to spend my whole evening watching terrible shows. I just switch them off. I'm very critical. I'm brutal."

Seven months ago he gave up drinking and became a vegan, but, says Scott: "Not drinking is really boring, so I am probably going to sneak back to it."

The director, whose musical tastes run from Mozart to Billy Idol, says the Blade Runner screenplay was his longest project ... "I spent six months, every day, 12 hours a day with Hampton Fancher smoking too many cigarettes and going, 'What if?'

"We'd have a great idea at the end of the day and Hampton would go, 'Oh f*ck, I've got to rewrite everything now.' It was a constructive relationship out of which came a really special screenplay."

One of the best aspects of Raised By Wolves is the South African landscape against which it's shot, says Scott. "South Africa is a wonderful place geographically. I love working there, with South Africans."