WATCH | Harry, Meghan call for an end to 'structural racism' in Britain

Image: Chris Jackson/Getty Images The Duke and Duchess of Sussex Prince Harry and Meghan have called for an end to "structural racism" in the UK. File photo.

Prince Harry and his wife Meghan have called for an end to “structural racism”, saying it holds back young people of colour, in their latest foray into politically sensitive issues usually avoided by the British royal family.

In an interview for The Evening Standard newspaper, Harry said Britain could be a better place if white people understood more about those “of a different coloured skin”.

“For as long as structural racism exists, there will be generations of young people of colour who do not start their lives with the same equality of opportunity as their white peers,” the couple wrote in an article for the paper.

The Duke and Duchess of Sussex have made several comments on race issues since stepping down from their roles as working members of the royal family at the end of March and moving to California. 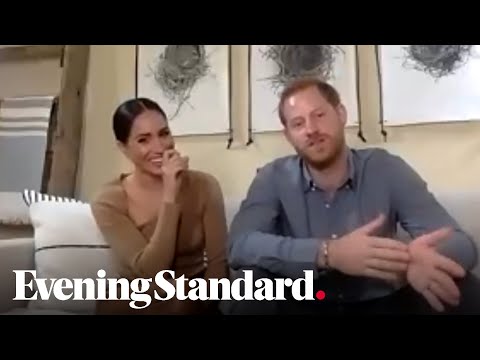 Harry, 36, told the Standard he had been awakened to the issues facing Black and other ethnic minorities since meeting Meghan, whose father is white and mother is African American.

“It is not about pointing the finger, it is not about blame. I will be the first person to say, again, this is about learning,” Harry told the paper.

“And about how we can make it better. I think it is a really exciting time in British culture and British history, and in world culture,” added Harry, who is Queen Elizabeth's grandson and sixth-in-line to the throne.

The interview, carried out by video from their new home, coincides with the start of Black History Month in Britain which celebrates the contribution of Black people to the nation.

However, the Sussexes have faced accusations in the British media that they are not respecting the tradition that the royal family does not comment on political matters.

Last week, they encouraged Americans to vote in the November presidential election, with Harry saying it was “vital that we reject hate speech, misinformation and online negativity”.

Critics said his comments could be understood as a call to vote against US President Donald Trump. Buckingham Palace said the remarks represented Harry's personal views.

The paper said Harry had accepted in the interview that their views “may seem controversial”.

In June, Meghan, 39, said she was sorry that children had to grow up in a world where racism still existed and that events in the US after the death of George Floyd were “devastating”.

Asked about the ongoing Black Lives Matters protests, Meghan told the paper they had been inflammatory for a lot of people, but added: “When there is just peaceful protest and when there is the intention of just wanting community and just wanting the recognition of equality, then that is a beautiful thing”.