The rock legend's death was announced by his son Wolfgang 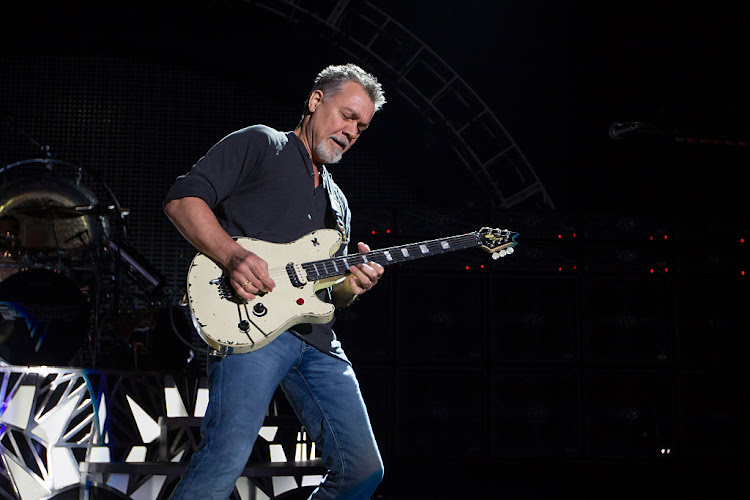 Eddie Van Halen, the pioneering guitar player whose hard-rocking band emerged from the Sunset Strip music scene in Los Angeles in the early 1970s to stand at the top of rock 'n' roll for a decade, died of cancer on Tuesday. He was 65.

Van Halen's death was announced by his 29-year-old son, Wolfgang, a bass player who joined the band, best known for songs like Jump and Ain't Talkin 'Bout Love, in later years.

“I can't believe I'm having to write this but my father, Edward Lodewijk Van Halen, has lost his long and arduous battle with cancer this morning,” Wolfgang Van Halen said on Twitter.

Representatives for Eddie Van Halen did not disclose details of his death. People magazine reported the rocker died at a Los Angeles-area hospital with his wife, Janie, son and other family members at his side.

“Through all your challenging treatments for lung cancer you kept your gorgeous spirit and that impish grin,” his former wife of 26 years, actress Valerie Bertinelli, said on Twitter.

Fans placed flowers and guitar picks on Van Halen's star on the Hollywood Walk of Fame.

“What a long, great trip its been,” the band's flamboyant frontman during its glory years, David Lee Roth, said in a message on Twitter above a black-and-white photo of the two men clenching hands backstage at a concert.

Eddie Van Halen was born in Amsterdam on January 26, 1955, and studied classical piano after moving to the Los Angeles suburb of Pasadena with his family in the 1960s.

After switching to guitar, he and his older brother, Alex, who took up the drums, formed bands that would eventually become Van Halen in the mid-1970s, with lead singer Roth and bassist Michael Anthony.

Milos Forman, director of 'One Flew Over the Cuckoo's Nest', dies at 86

Milos Forman, the Czech-born movie director who found fame in Hollywood with the Oscar-winning classics "One Flew Over the Cuckoo's Nest" and ...
Lifestyle
3 years ago

The hard-rock band, featuring Eddie Van Halen's explosive riffs and solos, quickly became a staple of Sunset Strip clubs such as Gazzari's and the Whisky a Go Go before releasing their eponymous debut album in 1978.

That album shot to No. 19 on the Billboard charts, becoming one of the most successful debuts of the decade and the first in a string of top-selling albums that would make Van Halen one of the biggest rock acts of the late 1970s and early 1980s.

Eddie Van Halen, known for his two-handed tapping technique on the strings, earned a place along Jimi Hendrix, Eric Clapton and Jimmy Page as one of rock's most celebrated guitarists. In 2012, readers of Guitar World magazine voted him the greatest of all time.

Roth, who often clashed with the Van Halen brothers, split from the band in the mid-1980s and was replaced for a decade by Sammy Hagar. The original line-up reunited in 2007 for a tour and, four years later, an album.

“My heart is broken. Eddie was not only a Guitar God, but a genuinely beautiful soul,” Gene Simmons, lead singer of Kiss and an early champion of Van Halen with record companies, said on Twitter.

Electro star Philippe Zdar, one half of the cult French house duo Cassius, has died after falling from a window in Paris — two days before his latest ...
Lifestyle
1 year ago

A little-known member of one of rock 'n' roll music's royal families, Benjamin Keough, grandson of the late Elvis Presley and only son of the "The ...
TshisaLIVE
10 months ago
Next Article