‘I wanted to end it all’: ProVerb gets candid in tell-all memoir

Rapper writes of attempted suicide after split from wife 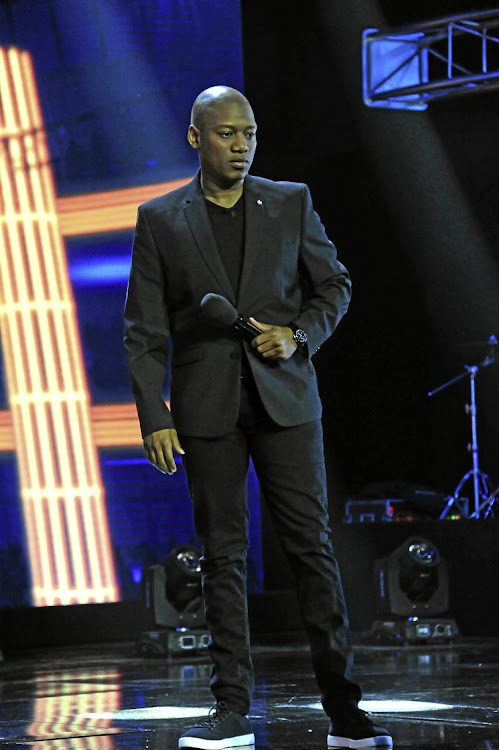 To many South Africans, he has the world at his feet.

But former rapper and Idols SA host ProVerb has revealed harrowing details of his deep depression in 2015, which culminated in his attempted suicide following his split from his wife.

In his tell-all memoir, titled The Book of ProVerb, he writes how, on his way to an event one Friday night in 2015, he stopped at a pharmacy and, feigning a severe toothache, asked for the strongest painkillers.

He stopped at another pharmacy and did the same thing, and a third.

He drove home, hugged his estranged wife Onalerona and went to the patio.

With a bottle of wine and boxes of painkillers, he locked the door and all access points.

“I was emotional, but in my mind I felt quite sane about the plan I was about to execute. I was motivated by my failure to provide my children with a stable home life … The decision to divorce left me with a severe sense of failure and I didn’t want to continue witnessing the disintegration of my family. If I were dead I wouldn’t have to see my wife and kids leave to start their new life without me,” he writes in the book.

The songbird was depressed and on the edge of quitting her music career before the hit tune sparked an international dance craze.
Lifestyle
1 year ago

After swallowing the pills he passed out, but was later found by his brother and rushed to hospital.

“I cried hysterically, trying to tell everyone that I was sorry. I told the doctor: ‘Man, this isn’t me. I am not this person.’ I was trying to appear sane because everyone was giving me this ‘You’ve lost your mind’ look.”

He said he woke up the next morning with clarity on the way forward.

“I was keen to leave the hospital [the following day], but they wouldn’t allow it … So I didn’t make it to Idols rehearsals that day, and I still don’t know who in the production team knows about my suicide attempt. When I was discharged the following day and made it to rehearsals, no mention was made of it. I asked for my script, we ran the rehearsal and did the show to perfection. There were no mistakes, it was business as usual.”

Months before, ProVerb — real name Tebogo Thekisho — learnt that his wife had had an affair when he got a call from a journalist who asked him about her trip to Dubai with a businessman and their alleged relationship.

The couple tried to work through their problems in counselling but by October 2015 they decided to get divorced.

“I smiled, I was charming. I presented Idols every Sunday without skipping a beat and said good night enthusiastically as if my life was amazing. Then I went home to cry,” ProVerb writes in the book.

I smiled, I was charming. I presented 'Idols' every Sunday without skipping a beat and said good night enthusiastically as if my life was amazing. Then I went home to cry

He told the Sunday Times that the book is not about his suicide attempt or his divorce, but rather how he survived a dark period in his life.

He speaks candidly about his battle with depression, his relationship with his late mother and his grandmother, who died this year.

“In my personal life I have found peace and this is the biggest takeaway that I hope many will receive from the book. My victory against depression and dark times, I hope, will show others that there is light, and I sincerely felt that my story was well timed as depression is rife in our society, so perhaps this will stimulate conversations and offer some hope,” he said.

The Kimberley-born rapper released his debut album, also titled The Book of ProVerb, in 2005.

He also worked as a technical producer at YFM before scoring a presenter job at Channel O.

In 2010 he took part in Survivor SA and made it to the final three.

That same year he joined Idols SA as a co-host and hosted the Miss SA pageant.

But while professionally he lived a charmed life, his private life seemed to suffer.

“I’m a human being like anybody and my suicide attempt was my moment of weakness, of cowardice if you like, but this is about the strength I’ve found since. My sharing this story was to free myself of it but also to empower others to say we can overcome.”

Through the book, co-written by Paballo Rampa, ProVerb hopes to inspire those who are feeling hopeless and to stimulate tough conversations about depression.

“This is my legacy, I do not wish to be known as the divorcee who attempted suicide, but as a survivor who has found peace, happiness and wishes everyone peace and happiness too. This book was written with love,” ProVerb said.

ProVerb is grateful that HHP made him rap in Afrikaans

HHP wanted ProVerb to use his multilingualism in his rap and it worked!
TshisaLIVE
1 year ago

The rapper shares what she's learnt through experimenting with styles that 'hero' rather than 'hide' her glorious crown.
Lifestyle
1 year ago