The works by Athi-Patra Ruga, Zanele Muholi and Jackson Hlungwani all create a sense of reflection — on oneself, society and what matters 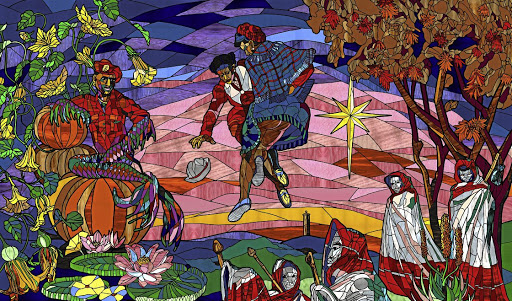 The twirling woman grappling with her traditional and modern identities in Athi-Patra Ruga's magnificent new work, iiNyanga Zonyaka (The Lunar Songbook) evokes a reawakening of self which permeates Norval Foundation's new exhibitions and reflects the zeitgeist of the pandemic.

The Cape Town museum has re-opened in time for spring with the exhibitions of Ruga and two other acclaimed South African artists, Zanele Muholi and Jackson Hlungwani.

Ruga's work - a translucent window vinyl spanning the width of the atrium - blazes like a stained-glass window in a cathedral.

Rising like a mist off all the artworks is a sense of reflection - on oneself, on society and on what matters. Conventions were stripped to the bone during the isolation of lockdown, giving many people the time to think.

Muholi's And Then You See Yourself flows seamlessly around the theme of seeing and being seen, provoking self-reflection on identity. Activism and intimacy leap out from the collection of photos, including portraits that disrupt the very concept of portraiture.

In the performance art shot in Amsterdam's red light district, Muholi stares into the soul of the voyeur, reversing conventional roles.

'City Deep': Kentridge's films are the art world's answer to a blockbuster franchise

After a nine-year hiatus, artist William Kentridge has released 'City Deep', the 11th instalment in his 'Drawings for Projection' series
Lifestyle
6 months ago

Spirituality is another theme and, for the first time, many of the elaborate crucifixes carved from wood by Jackson Hlungwane are in a single display, transporting visitors to his New Jerusalem.

Chief curator Owen Martin and assistant curator Khanya Mashabela led a tour through the museum, starting with Ruga and ending with a viewing of the fourth exhibition, Recent Acquisitions by the Homestead Collection of the Norval family.

Stepping inside, Ruga's iiNyanga Zonyaka makes a bold first impression and is the second commission in the atrium since the Norval Foundation opened in April 2018.

"In this work we see all these botanical elements connected to the passage of time and connected to the Xhosa calendar. Each month is related to a different natural event, [such as] the blooming of the water lilies," says Mashabela, pointing out other markers of time, such as the young male initiates. The merman with the fish tail comes from folklore and symbolises rebirth after trauma. 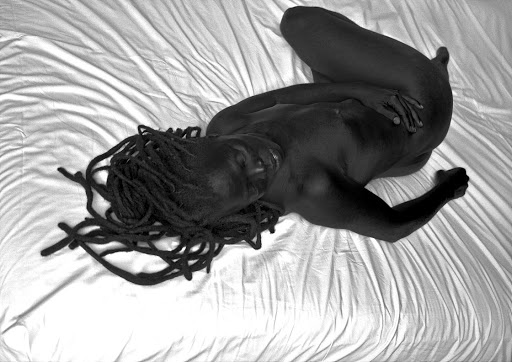 Zanele Muholi's 'And Then You See Yourself'.
Image: Courtesy Norval Foundation

"The work in its entirety was [inspired by] Athi experiencing an Anglican church," says Mashabela. "He was looking at the stained glass and it ignited something in him to represent Xhosa culture and folklore in the same monumental way you see Christian iconography."

This is the first iteration of the artwork, which will have real stained-glass panels installed in its next iteration along with an archival project, says Martin. For one year, Norval will be working with Ruga, whose extensive repertoire includes performance, sculpture and tapestry.

Martin and Mashabela co-curated the Muholi exhibition of existing photos from a career which aspires to "rewrite a black queer and trans visual history of SA for the world to know of our resistance and existence at the height of hate crimes in South Africa and beyond".

This powerful statement sums up the inspiration behind acclaimed artist Zanele Muholi's legacy project 'Faces and Phases', which is now on in it's ...
Lifestyle
1 year ago

Some works are loaned but all the black and white images in the second half of the exhibition, from the Somnyama Ngonyama (Hail the Dark Lioness) series, have been acquired by the Homestead Collection, says Mashabela.

"Them/they" is Muholi's chosen pronoun and their exhibition opens with the video EyeMe (2012) - a collage of staring eyes created to bear testimony to violence, made in the year of the Marikana massacre. A second video, titled Lona Umzimba Wami (Here Lies My Body), refracts the impact of gender-based and homophobic violence and is flanked by digital prints of mandalas created with menstrual blood stains and digitally altered.

The mood of the exhibition continually shifts, from snapshot-feel images of vulnerability in private spaces to stylised public portraits of Muholi where they interrogate issues of gender and power, such as the red light district series (2009).

"What's distinct about these images is that Muholi is directly engaging you as the viewer; instead of us pinning the image down, the figure pins us down, a reflection of power and who gazes," says Martin.

Irony shines in three images of the "Massa" and Mina(h) series (2008) which, as Mashabela explains, "attempts to combat society's objectification of working-class people by creating an imagined scene for the viewer to consider the maid character as a protagonist with ambitions, disappointments and a full inner life".

The most recent series, Somnyama Ngonyama (ongoing since 2012) was shot in hotel rooms and sites around the world. In them, Muholi's skin is digitally darkened, making the eyes flare even whiter, which is simultaneously personal and political.

In his inimitable way, world-renowned artist Jackson Hlungwani (1923-2010) also challenged convention by reshaping Christianity and founding his own church at "New Jerusalem" in the then-Gazankulu.

His exhibition's Alt and Omega title is parsed from the church's name and captures the trajectory of his life, from his religious vision to his ever-expanding sculpting career from the 1960s onwards. The exhibition features towering crucifixes, staffs, lightning birds, headrests and other elements of religious and ancestral cultures.

The final exhibition, from the Homestead Collection, is an eclectic mix of works by contemporary African artists which echoes the themes of an era where a virus has obliterated lives and freedoms, forcing humanity into contemplation.

• Norval Foundation is open every day except Tuesdays.

The watercolour artist shares the inspiration behind the whimsical artworks in her latest exhibition, 'Tree Dreams'
Lifestyle
6 months ago

Works by five women from the Global South speak to each other in surprising ways in Jozi's newest art space, The Joburg Contemporary Art Foundation
Lifestyle
6 months ago

After months of being closed, the Javett Art Centre at the University of Pretoria will be reopening this Heritage Day - with a bit of a twist
Lifestyle
6 months ago
Next Article