From US to UK, newly crowned Miss SA is the darling of social media 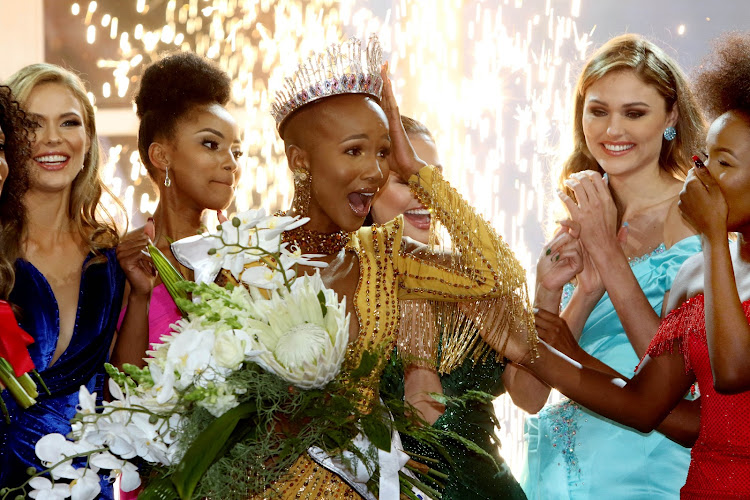 According to media intelligence company Meltwater, Musida has not only captured the hearts of South Africans but also of those in the US, Nigeria, Namibia and the UK.

According to Meltwater, on the day of the Miss SA finale and Musida's subsequent crowning, “the data records just over 9,000 social media mentions of #MissSA2020 and Shudufhadzo Musida".

“These mentions had a total global social reach of 92.2 million people.

WATCH | Not just beautiful and smart, Miss SA Shudufhadzo Musida can sing too!

This week she gave Mzansi a glimpse of what her voice sounds like when she sang her favourite song.
Lifestyle
1 year ago

“The ‘Miss South Africa’ name has had its fair share of viral news and social media moments throughout the course of 2020. From #MissSA2020 trending in May as entries opened to #BiancaMustFall, South Africans have been paying close attention to this year’s pageant and the finalists who would be competing for the crown.

“When the semi-finalists were announced on June 24 , the #MissSA2020 hashtag was trending in SA, with a total social reach of 26 million people.

“It was also during this time that South Africans had declared some of their favourites who could potentially take the crown. Shudufhadzo Musida was one of them.”

Meltwater found that South Africans are not the only ones who have taken to Musida.

Shudufhadzo has also been mentioned beyond South African borders.

“While SA has dominated much of the 14,000 global social media mentions on the new Miss SA, online users from the US have also taken to social media to send their congratulations to Shudufhadzo, hailing her natural beauty that follows in the footsteps of current Miss Universe, Zozibini Tunzi.”

Nigeria, Namibia and the UK round up the top five countries who have mentioned the new Miss SA since her crowning.

Along with the prestigious title of Miss SA 2020 and a package of prizes and sponsorships worth over R3m, Shudufhadzo Musida has the honour of ...
Lifestyle
1 year ago

'Caring, smart, blessed' — that's how our new Miss SA sums herself up in three words.
Lifestyle
1 year ago

The word 'inspirational' is pretty much synonymous with Miss SA, so is it any wonder that Shudufhadzo Musida is already inspiring artists to capture ...
Lifestyle
1 year ago

This Venda dish is a must for my homecoming menu, says Miss SA Shudufhadzo Musida

The newly-crowned beauty queen on her food heroes, love of fry ups and whether she's a fan of mopane worms.
Lifestyle
1 year ago

The Miss SA stage became a runway during the pageant's grand finale on Saturday as Shudufhadzo Musida served eye-catching looks by some of Mzansi's ...
Lifestyle
1 year ago

Cutting my hair was freeing, says Miss SA. Here's how to steal her look