US elections: Kanye West votes for 'someone he truly trusts' — himself

West's wife, Kim Kardashian, did not appear to be supporting his bid 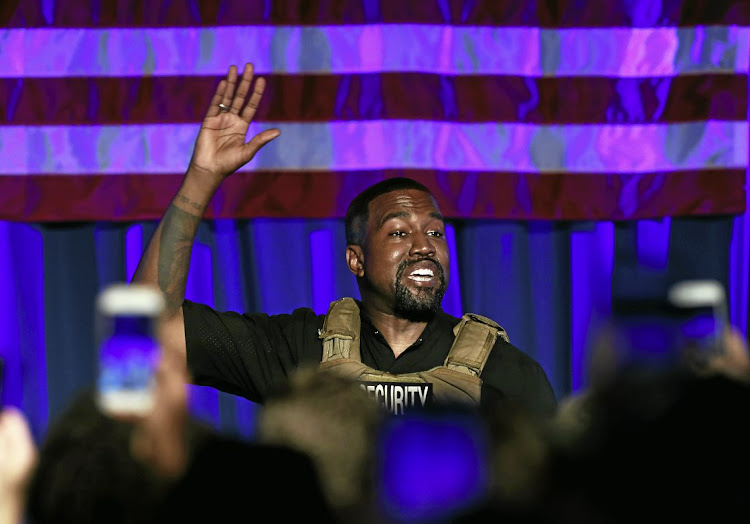 Kanye West has revealed that he voted for someone he "truly trusts", himself.
Image: Reuters

Rapper Kanye West on Tuesday voted for himself as the next US president after a long-shot campaign marked by erratic statements and speculation that he might siphon some Black votes from Democrat Joe Biden.

The singer and fashion designer tweeted that he was “voting for the first time in my life for the President of the US, and it's for someone I truly trust ... me.”

He later posted video of himself casting his vote in Cody, Wyoming, where he wrote himself in on the ballot.

West, 43, got onto the presidential ballot in a handful of states, though not in battlegrounds like Florida, Pennsylvania and Michigan. He has spent recent weeks instructing followers how to vote for him as a write-in candidate elsewhere.

The first vote of my life We are here to serve We pray for every servant leader in the world 🕊 pic.twitter.com/UWSrKslCt1

West's celebrity wife, Kim Kardashian, did not appear to be supporting his bid. She has given no public endorsements of her husband and on Tuesday she retweeted a message about voter hotlines from Democratic vice presidential contender Kamala Harris.

West, once one of Trump's biggest celebrity supporters, launched his campaign for the White House in July with erratic statements that raised concerns over his mental health. The 21-time Grammy Award winner said in 2018 that he suffers from bipolar disorder.

God is so good 😊 Today I am voting for the first time in my life for the President of the United States, and it's for someone I truly trust...me. 🇺🇸 🕊

West loaned $6.7 million to his campaign, according to a filing with the Federal Election Commission, and in a recent video emphasised religion and family values.

Gun sales have skyrocketed ahead of the US presidential election as fears of unrest grow with many worried the result could be contested, spark violence or see gun laws changed.

Rapper Kanye West on Monday released his first official campaign video in his long-shot bid to be elected US president on Nov. 3, focusing on ...
TshisaLIVE
1 year ago

If Forrest Gump had to take a peek into the life of Kanye West and come up with new aphorism to describe it, “Life is like a box of chocolates; you ...
Opinion & Analysis
1 year ago