The acclaimed actress talks to Margaret Gardiner about breaking barriers, #BLM, and her new show, 'The Undoing' 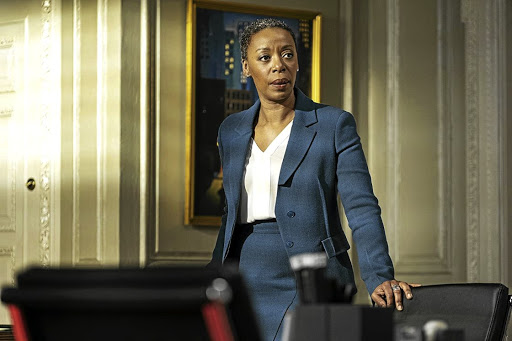 Becoming a successful actor is a daunting task. Being African and succeeding in the international entertainment industry increases the hurdles. You can make a short list of the people from Africa who've succeeded in this arena. Now, southern Africa can add another name to the list: Noma Dumezweni, who stars in HBO's The Undoing.

She shares screen time with Nicole Kidman and Hugh Grant, who calls her "a sensational screen actress and formidable presence".

The series hangs on a young woman's murder and each episode makes you question your previous assumptions. Grant is the man accused of the crime. Kidman is his wife. Dumezweni is riveting as the lawyer who provokes and defends him.

It's not enough that I'm the only one, says Cynthia Erivo of her Oscar nod

I spoke to her from her home in London. She has a heavy British accent and warm encompassing personality. Dumezweni was taken into the UK as a refugee with her mother and sister in 1977 after the family moved to Botswana, Uganda and Kenya. Eventually the three women settled in Suffolk.

"I've got an interesting narrative for a woman over 50," she says. "I'm now being discovered in a new way. I want to share this with people: If I can be a new narrative, why can't you be another narrative? We are not all linear. We don't all lead lives in the way things are supposed to go. You create your own story."

The mother of daughter Qeiva, born in 2007, was first exposed to acting as a 13-year-old in a weekend youth theatre programme. As an adult she pursued work outside the industry but at the age of 22, when she was made redundant, she asked herself, "What makes me happy?" That led her back to the joy of Sunday afternoons spent with people who "Put on costumes, played, sang and danced".

That determination to do something she loved rather than something that merely
pays the rent got her cast as Hermione Granger in the West End and Broadway production and sparked an internet furore over a black woman playing the character brought to screen by Emma Watson. (Harry Potter creator JK Rowling has stated that she never described the character's ethnicity in her books.)

Indeed, Watson met Dumezweni after one of the stage performances and the two burst into tears and hugs.

Despite garnering her first Olivier award in 2006, for best performance in a supporting role for Raisin in the Sun, viewers would probably recognise her more readily from her roles in Dirty Pretty Things, Mary Poppins Returns and this year's smash hit, Normal People. Dumezweni insists that she was just "a jobbing actress until the Harry Potter role".

When I suggest that she was breaking barriers before #BLM brought representation into everyday conversations, she answers obliquely, referring to her role, as a lawyer on The Undoing.

"The irony is that people of colour exist in those occupations in real life. We have to look at the narrative we choose to tell," she says. "JK was able to take a risk because it was a stage play. It was my luck that they said 'Because you are a good actor, let's put you in there'. I was protected and I felt safe. I didn't have to engage in any of the racism that occurred because I played Hermione."

She addresses the question of #BLM: "What's extraordinary is that this is a worldwide movement. It's not a political movement. It's a movement of humanity. We, in South Africa, know that story. What South Africa will always have ahead of everyone else, despite the pain that is still there, is the Truth and Reconciliation Commission. It may not have been perfect, but it was there. Everyone could stand up and speak their truth. People call it the unfolding - the reckoning."

It's easy to be charmed by 'The 40-Year-Old Version'

Dumezweni returned to SA to perform A Human Being Died That Night, based on the book by Pumla Gobodo-Madikizela, at the Market and Fugard theatres. The Cape Town performance allowed her father to see her perform for the first time, and she gets a little choked up when she shares that detail. She refers to the play as a "domestic story that has international resonance".

As our time ends I ask if she's worked with Charlize Theron and her entire being lights up, "No, but I'd love to."

I get the wrap sign and she signs off, leaving me to recall the words she said in her Olivier acceptance speech three years ago: "I am a refugee child. We've done alright, haven't we?" Indeed she has ...

‘You can’t be also be championing the cause of black lives matter & also be a troll, spreading negativity and hate to those very same black lives'
TshisaLIVE
1 year ago