Trebek passed away peacefully at home surrounded by family and friends 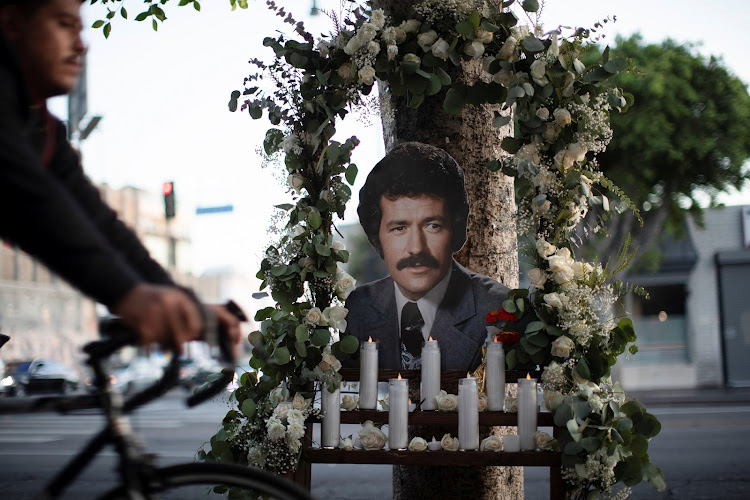 A makeshift memorial for late game show host Alex Trebek is pictured near his star on the Hollywood Walk of Fame.
Image: Mario Anzuoni/Reuters

Jeopardy! game show host Alex Trebek died on Sunday at the age of 80, and his passing was mourned by fans who called the brainy quizmaster a nightly source of information and sheer joy.

The death of Canadian-born Trebek, who in March 2019 revealed his diagnosis of stage IV pancreatic cancer, was shared on the show's official Twitter account. Trebek passed away peacefully at home surrounded by family and friends, the show's tweet said.

It quickly drew condolences from Canadian Prime Minister Justin Trudeau and others.

“We have lost an icon,” Canadian Prime Minister Justin Trudeau said on Twitter.

We have lost an icon. Almost every night for more than three decades, Alex Trebek entertained and educated millions around the world, instilling in so many of us a love for trivia. My deepest condolences to his family, friends, and all who are mourning this tremendous loss. pic.twitter.com/XoobAfJwBv

Trudeau said Trebek instilled “a love for trivia” for millions around the world. Trebek was much loved in Canada, and he was proud of his Canadian roots.

“Alex Trebek was the pride of Sudbury and a strong supporter of his alma mater the University of Ottawa,” said Erin O'Toole, the leader of the main Conservative opposition party in Canada.

Trebek donated millions to his alma mater over the years, and in a 2019 interview with the Canadian Broadcasting Corp., he said Ottawa, where he got his first broadcast experience with the CBC, was his favourite city in Canada.

For some fans, news of Trebek's death surpassed the world's biggest news story — Joe Biden winning the US presidency.

“I don't really care about election lawsuits or transition plans, I just want to dwell on how much Alex Trebek and JEOPARDY! meant to me as a small child who turned into a trivia maniac. It was always the best game show on television by far. Nothing approached it, or him,” said a Twitter user identified as @EsotericCD.

'There's never been anyone like him': Tributes pour in for US TV host Regis Philbin

Former co-hosts, US president Donald Trump among those who paid tribute.
Lifestyle
1 year ago

Twenty years after Jeopardy! first aired in 1964, Trebek became the face of the show and turned it into a ratings powerhouse.

Jeopardy! which requires contestants to display their knowledge of a broad range of trivia topics by providing their answers in the form of a question, has consistently drawn more than 20 million viewers a week in the US and Canada, making it the most-watched quiz show in those markets.

Its ratings have risen even higher when contestants have racked up several weeks of consecutive wins.

Trebek, who was known for engaging contestants with straight-faced but witty banter and for his scholarly demeanour and scrupulous pronunciation, hosted more than 7,000 episodes of Jeopardy!

Trebek won six Emmy Awards for outstanding game-show host, most recently in 2019, and also received a Lifetime Achievement Emmy in 2011. The Hollywood Reporter said in a 2014 article that Trebek was earning $10 million a year.

Trebek was born in the nickel-mining city of Sudbury, Ontario, the son of a Ukrainian immigrant father and a French-Canadian mother.

He earned a degree in philosophy at the University of Ottawa, beginning his career in broadcasting while still attending school.

'The Jammer, you lived life and wrote your history': Celebs pay tribute to Bob Mabena

After hosting a number of television shows in Canada during the 1960s, Trebek was encouraged to move to California in 1973 by the late actor Alan Thicke, a fellow Canadian, to host a short-lived NBC game show called The Wizard of Odds. He hosted a few other shows before joining Jeopardy!

Television personality Merv Griffin, along with his wife, Julann, came up with the idea for Jeopardy! in the 1960s.

When Griffin revived Jeopardy! again after a hiatus of several years, producers chose Trebek to host it and Trebek also helped produce the show for his first three seasons.

One of the gigs that helped him secure the position was a temporary role on Wheel of Fortune, another game show Griffin had created, according to an interview Trebek gave in 2007.

Viewers became oddly attached to the moustache Trebek sported from early in his career until he shaved it off in 2001. It made headlines when he grew back the moustache in 2014.

Trebek is survived by his wife, Jean, and their two adult children, Emily and Matthew.

'Cool' Bob Mabena was the voice of a generation

The challenge loomed, sticking out its tongue at any profile writer contemplating a literary portrait of Bob Mabena: if you were ambitious enough to ...
Opinion & Analysis
1 year ago

Bob Mabena was cremated after an emotional funeral service attended by close friends and family on Saturday.
TshisaLIVE
1 year ago

Mary Kuksie Twala, who died recently in a Johannesburg hospital at the age of 80, captivated audiences for over six decades, starring in several ...
Opinion & Analysis
1 year ago