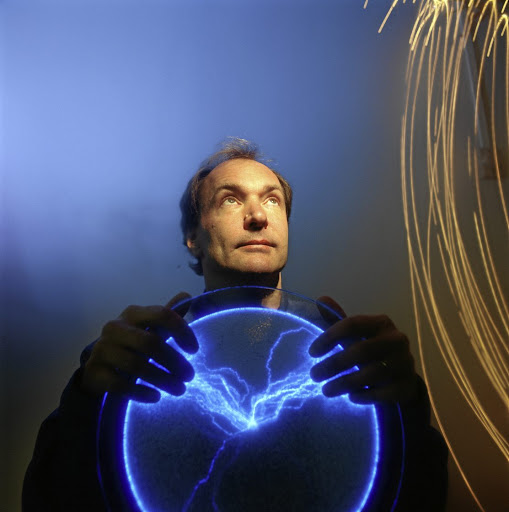 It was a ground-breaking innovation that would change the world. But when Sir Tim Berners-Lee, then a researcher at the CERN nuclear lab in Switzerland, first proposed the idea of a World Wide Web to his boss in 1989, it elicited only the barest flicker of excitement. It sounded "vague but exciting", his manager said.

More than 30 years later, it's clear the British web pioneer is unhappy with how his creation has turned out.

A far cry from the democratising tool he envisioned, the web crawls with data-harvesting bots and has turned into a tool for surveillance and a money-making machine for the world's biggest companies.

"There's a massive backlash we could be in for," he says. "Every time something goes wrong with privacy, people look for alternatives."

Internet users, he says, are increasingly "frustrated" with the way they've been treated by Big Tech's monopolies, the monoliths of Facebook and Google. "The timing of all this is building energy" for a radical change, he says.

The US justice department is investigating Google, threatening it with a break-up due to its monopoly over 90% of internet searches and 95% of mobile searches. And a Biden presidency is likely to continue to push down on tech firms. The EU is investigating Amazon's sales practices and the UK is working on an "online harms" bill.

Misinformation, such as that whipped up around the US election and claims of voter fraud, is fuelling the backlash.

Even so, Berners-Lee is optimistic. Speaking at a Technology Intelligence Live event last week, he said: "The web can become what I always meant it to be. The future of the web is a lot bigger than its past."

Now 65, Berners-Lee, who grew up in the UK but has spent most of the past 25 years working as an academic at Boston's Massachusetts Institute of Technology (MIT), is planning a comeback with a project he hopes will rival the success of the internet he helped build.

The goal? He wants to seize back control of personal data from technology giants at a moment when they face threats on all fronts from regulators and ordinary users.

"It appeals to the zeitgeist," says Berners-Lee, who's plunged into the start-up game with an ambitious new venture called Solid.

Right now, he says, the uneven balance on the internet means ordinary people have to share their data with apps only to be bombarded with "all sorts of horrible advertising".

But his new company, Boston-based Inrupt, hopes its technology will redress this balance, redraw the web and seize power over data back from the titans of Silicon Valley and put it in the hands of ordinary users.

Is Siri sexist? Should we break up big tech companies? Is data even yours anymore? Here's what the experts at the world's biggest tech conference had ...
Lifestyle
2 years ago

How that works is complicated.

Solid stands for "social linked data". It's a form of web decentralisation, essentially taking information out of the giant servers of tech companies such as Google and Facebook and storing it with individuals.

Under the Solid system, individuals have a "pod" that stores all of their personal details. They can link this up to apps, which can use that data for trusted and specified purposes. A user has the ability, at any time, to revoke their right to that material.

"It's a bit like a calendar," Berners-Lee says. "You have a calendar for work and a calendar for home. Some calendars are very private. Some you might only share with yourself, some might be shared with groups. The idea of Solid is your whole life should be like that."

In 2016, Berners-Lee, researchers at MIT and open source developers began experimenting with a project they believed would solve the problems fuelled by the indifference of tech giants with their huge profits.

In 2018, he had dinner with John Bruce, a technology executive who'd helped companies commercialise and sell out to the likes of Vodafone and BT. Inrupt, a company dedicated to the success of this new kind of internet, was born.

Over the past two years, Inrupt has gone about developing its product, accelerating its plans since the beginning of the year and putting Berners-Lee into the fast-paced world of technology start-ups.

"It's great being in academia," he says. "But in a company you can have a plan and then execute it. We were just getting set up when Covid hit. When people were joining, we didn't have to talk about where people were living. We continued without a blip."

Berners-Lee, who speaks in a rapid fire staccato as if his mind is leaping from one thread of an idea to another, serves as chief technology officer of Inrupt.

In contrast, Bruce, a Briton with an accent tempered by many years in the US, cuts a very different figure with a silky, mellifluous sales pitch.

THE INTERNET IN NUMBERS

But while it may appeal to the privacy conscious, actually building a decentralised internet structure isn't easy. Inrupt has turned to venture capitalist backers, but has declined to disclose its total funding.•

Encouraging adoption is something of a chicken-and-egg scenario, notes tech website The Register. Solid needs users to reach a scale where it provides meaningful benefits to users and businesses.

To encourage adoption, Berners-Lee and Bruce talk of solving big problems in data for businesses and governments. It has signed up companies including banks to build apps using its technology and is working with three different governments.

Inherently, the system will rely on a kind of viral nature to see its way of storing information spread rapidly.

But even if this works, it's unlikely to solve every issue that Berners-Lee has identified with the modern web he helped create.

31 years after it's invention, the internet is still not 'working for women and girls' and causing problems from cyberbullying to sexual harassment

On the 31st birthday of the web earlier this year, he warned that the internet is still not "working for women and girls" and causing problems from cyberbullying to sexual harassment.

Last year, he launched a new Contract for the Web, aimed at encouraging a new level of best practice for the internet, which he says will now focus on "better tech regulation and holding companies and governments accountable".

"Big Tech companies recognise they have to engage and actively contribute towards building 'what good looks like', particularly as they face increased regulatory scrutiny," he says.

Berners-Lee and his new start-up face a monumental task. A breakthrough is far from guaranteed, but breaking up the Big Tech giants would give the plan a serious boost.

"If the pieces all get broken up, the world shifts a lot," he says.

Twitter launches 'fleets', tweets that 'disappear after a day'

Twitter Inc said on Tuesday it was globally launching tweets that disappear after 24 hours, similar to the stories feature that is popular on ...
Lifestyle
1 year ago

Deepfake a clear and present danger to democracy

The Boston University College of Communication traces the history of human communication from oral form to simple symbols and graphics, to the age of ...
Opinion & Analysis
1 year ago