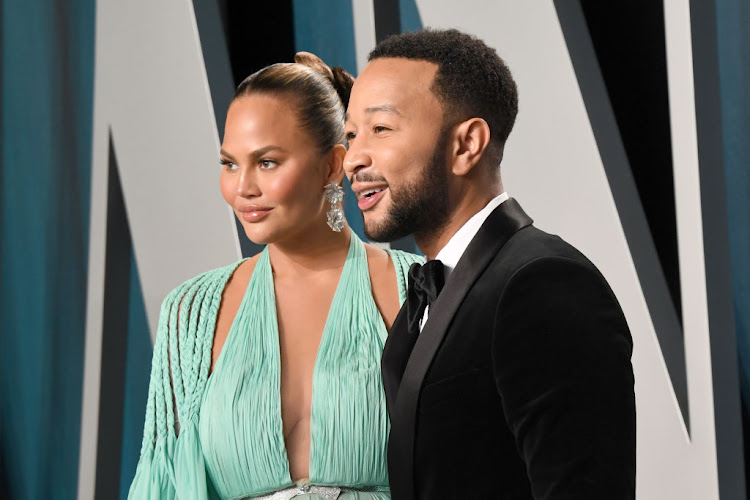 Chrissy Teigen, pictured here with her husband John Legend, has taken a step back from tweeting due to the "grief depression hole" she's in.
Image: Jon Kopaloff/WireImage via Getty Images

US model Chrissy Teigen has announced her decision to step back from her social media account as she's in a “grief depression hole”.

In the tweet, the mom of two said, “I’m not tweeting much because I’m honestly in a bit of a grief depression hole but do not worry as I have so much help around me to get better and I’ll be fixed soon.

“They’ll call when I'm better and ready for pickup and you can swing by and grab me, OK? Thank you and love you!" she jokingly added.

I’m not tweeting much because I’m honestly in a bit of a grief depression hole but do not worry as I have so much help around me to get better and I’ll be fixed soon. they’ll call when im better and ready for pickup and u can swing by and grab me ok? thank u and love you!

Teigen's announcement comes months after she revealed the heartbreaking loss of her third child Jack, who she recently miscarried 20 weeks into the pregnancy.

The Lip Sync Battle host, who shares daughter Luna and son Miles with husband John Legend, has since opened up about her grieving journey in a lengthy essay posted on Medium and has since shared the sweet gestures friends and family members have made in honour of Jack.

Teigen's revelation comes a day after the duchess of Sussex Meghan Markle, revealed the heartbreaking loss of her unborn child in an opinion piece published in the New York Times on Wednesday.

Meghan, who already has a son, Archie, with husband Prince Harry, detailed the harrowing loss of her second child in the lengthy piece, revealing it happened in July while she was caring for Archie.

The Duchess of Sussex Meghan Markle has revealed in an opinion article published in the New York Times on Wednesday that she had a miscarriage - an ...
Lifestyle
1 year ago

“I knew, as I clutched my firstborn child, that I was losing my second,” Meghan wrote, describing how she felt a sharp cramp after picking up Archie from his crib, and dropped to the floor with him in her arms, humming a lullaby to keep them both calm.

Meghan described how she and her husband were both in tears as she lay in a hospital bed hours later.

“Losing a child means carrying an almost unbearable grief, experienced by many but talked about by few,” she wrote.

Both Teigen and Markle have been praised for their brave decision to speak out on the matter.

Barely a month after the tragic loss of her unborn son Jack, Chrissy Teigen has shared the sweet and touching ways she and her friends honoured his ...
Lifestyle
1 year ago