This clever, funny film is just as thought-provoking as its more dramatic counterparts about the #MeToo movement 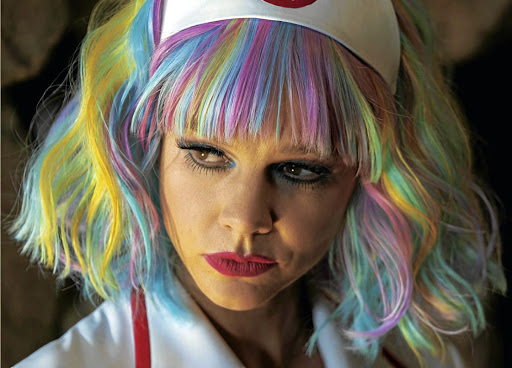 Over the past few years the #MeToo movement has gained enough traction and support to move the film industry beyond token recognition of the struggle against sexual abuses in the industry to the point at which the movement now forms part of Hollywood's content.

We've had the story of Roger Ailes's insidious abuse of power during his reign as the emperor of Fox News in Bombshell, Michaela Coel's searing indictment of the culture of acceptance around questionable attitudes to sexual consent in I May Destroy You, and Kitty Green's emotionally devastating examination of the psychological effects of the laissez faire acceptance of sexual harassment in the workplace in The Assistant. Now British actress and showrunner, Emerald Fennell's revenge thriller Promising Young Woman.

Fennell's film treads a slippery line between dark comedy, revenge fantasy and sharp satirical evisceration of the cultural acceptance of actions that are blatantly criminal and morally reprehensible. Hidden in its breezy story of one woman's determination to right a miscarriage of justice is a damning critique of the flimsy idea of the nice guy in a sea of predatory men.

We begin in a bar where three young men are having a typical guys night out, barking their false bravado outrage at the incompetence of the hysterical women they're forced to work for and turning their lascivious attention to the figure of an attractive young woman, blackout drunk, slumped alone in a nearby booth. When the seemingly nicest of them goes over to check if she's OK and slyly manipulates her into sharing a cab ride home, things take a decidedly darker turn.

After putting her in his bed, he, eager to capitalise on her still apparently very drunk state, starts to remove her panties. She suddenly sits up, very sober, very focused and very scary as she pointedly asks him what he thinks he's doing.

The film cuts to the early hours of the morning. That same young woman is strolling down the street eating a hamburger as what might be tomato sauce but also might be blood drips down her arm. By the time she arrives home and pulls a notebook from under her bed, adding his name to a long list of crosses, we, like her nice-guy victim, know there's clearly something else going on here.

This multi-layered series, which examines sexual mores in the millennial age, will give viewers a lot to think and talk about
Lifestyle
8 months ago

Cassie (Carey Mulligan) is the promising young woman of the title. She is 30 years old, lives with her parents in a garish suburban fairytale home, has dropped out of medical school and holds down a dead-end job as a coffee shop barista by day. By night she's a dolled up femme fatale playing drunk in bars to lure nice-guy assholes into her web, where their fate is heavily dependent on their capacity to display some sort of remorse for their actions.

We're drawn deeper into the motivations behind Cassie's vendetta and the horrifying events that have haunted her, taking her off the path of the promising young woman she once was.

Mulligan's performance is the best of her career. She constantly keeps us guessing whether she'll return to the traditional values everyone around her seems to endorse. Finally, in a last sly, cunning and devastating masterstroke, she shows that she doesn't have any intention of doing anything except the right thing, no matter the consequences to her and everyone else.

Funny, poignant and cleverly executed, Promising Young Woman is the first feature film #MeToo comedy thriller, and it's just as gut-wrenching and thought-provoking as its more dramatic counterparts. It ultimately asks us to take a long, hard look at the way we've been conditioned to think about consent, our attitudes to sex and what the consequences of these attitudes are for the victims of abuse.

You may not always agree with the way Cassie deals with her targets but it's hard not to see that they are all, in different ways, deserving of the reckoning they receive. The film shows that we're all complicit in creating these depressingly familiar situations.

• 'Promising Young Woman' is in cinemas.

Whether you've got two free hours to spare or eight, these are the best series and movies to spend it bingeing
Lifestyle
4 months ago

'Transplant' stands out in the oversaturated world of medical dramas

I always equated Helen Reddy's music with making women feel stronger and bolder, says the director of this biographical film about the late ...
Lifestyle
4 months ago
Next Article