From Netflix to film festivals, local series and movies are doing us proud on the world stage, but the industry still faces tough challenges

Despite the magic of Hollywood, there's something uplifting about watching a local movie or a television series that portrays familiar elements. Someone who talks with the same accent as you or uses a splash of local humour in a passing conversation. A shot of the city skyline you drive past on your way to work every day or a glimpse of Table Mountain as the production team works the iconic landmark into well-planned shots — these are things that validate your personal experiences.

It's partly, I feel, also why South Africans have been feeling a surge of pride in the local productions that have made it big, particularly over the course of the past year and a half: productions such as M-Net's Trackers, in partnership with HBO Cinemax and Germany's broadcasting company ZDF, and a steady list of local productions that appeared on Netflix last year: the first Netflix African Original series, Queen Sono, Blood & Water, Seriously Single, My Octopus Teacher and, most recently, Kings of Joburg.

"There's more interest from the rest of the world than ever in African cinema," says Steven Markovitz, who's been producing and distributing films for 25 years. He runs Big World Cinema, a Cape Town production company that has produced a number of award-winning fiction films and documentaries.

"I think North America is starting to wake up to the fact that there really are amazing stories and talented filmmakers here. And Europe too - there's the beginning of a shift in their approach to how they work with Africa."

Markovitz says he decided to start working in other African countries for a number of reasons, one being that he felt a need to start building an economy around filmmaking in Africa, as well as a pipeline of films coming out of the continent.

I think North America is starting to wake up to the fact that there really are amazing stories and talented filmmakers in Africa. And Europe too

"Twelve years ago I started seeing a lot of talent on the continent but not many people who wanted to be producers. I thought there's a lot of work to be done to partner with filmmakers around the continent and start building something."

To date, he's worked in 25 African countries and many of the films he's produced have been shown at the major film festivals, like Cannes, Berlin, Sundance, Toronto and the
Venice Film Festival.

FIRST OF ITS KIND

But his aren't the only films garnering international attention.

Toni Kamau is a writer, director and producer working in Kenya. Last year she produced Softie, a film about political activist and photojournalist Boniface Mwangi, which won Best Documentary at the Durban International Film Festival, and the World Cinema Documentary Special Jury Award for Editing at the Sundance Film Festival (it was the first Kenyan documentary to be shown there).

She produced and released a second film last year, the independent documentary I am Samuel, which had its European premiere at the BFI London Film Festival and its world premiere at Hot Docs Canadian International Documentary Festival.

WATCH | The trailer for 'Softie'

Says Kamau: "Releasing two films in 2020 was absolutely mind-blowingly insane. We've had to readjust and figure out how to release during Covid and get creative around our social media. It's been about stretching the imagination and stretching the idea of who I am as a creative. That's how I would sum up the past seven years. That and lots of doubt."

In 2012 Kamau and Murimi attended the International Documentary Film Festival in Amsterdam, where they met Roger Ross Williams, the first African-American director to win an Oscar, for his 2010 film Music by Prudence.

"Seeing him, a man of colour, talking about this film that had all this success, cemented the idea for us that this was something that we could do," says Kamau.

Kamau says it's an exciting time to be a creative because there are many interesting things happening at the same time in different parts of the world.

According to her, there's a growing appreciation by festival programmers backed by an effort to programme more diverse content with more people of colour. But, she adds, there's more work to be done when it comes to broadcasters globally. 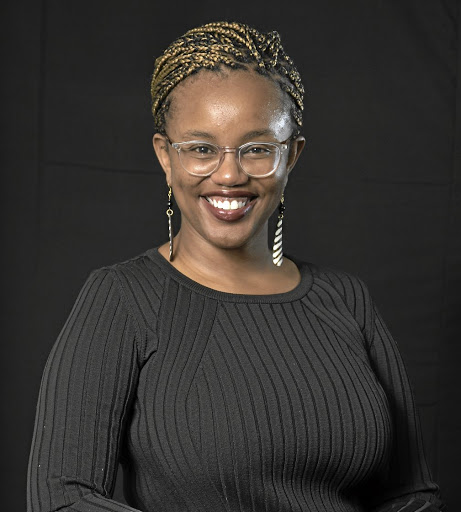 "We need to move into the next phase because, yes, you can get programmed at festivals; yes, you can get good reviews but ultimately what makes this a sustainable venture for directors, producers and creatives is if we get acquired."

More than creatives starting to showcase their work, funding is increasing. Docubox, a Kenyan documentary fund that was started in 2013, has released four documentaries into the international festival circuit. The Pan-African fund DOCA has also started to fund films.

But not all filmmakers find accessing funds a simple reality. When writer and director Tomas Brickhill started work on his Zimbabwean film Cook Off, he did so without the means to pay anyone upfront.

"Emerging filmmakers across the world struggle to raise money to make their films," says Brickhill. "The difference in most of Africa is that our struggle is compounded by the fact that in most places there's no film industry to emerge into — and no grants or funds to support independent filmmakers."

Cook Off was acquired by Netflix and became the first Zimbabwean film to be streamed by the platform, in 2020. Only then did it become possible to settle the cast and crew's deferred payments. 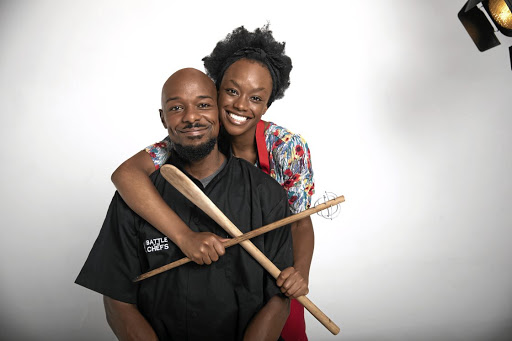 Brickhill says he believes distribution is the key to creating a sustainable film industry. "The people want the content and the filmmakers want to make the content, but what's missing are the business-minded producers who can work out how to monetise the end product and turn that demand into an opportunity for investors."

As for Markovitz, he'd like to encourage the South African government and other producers in SA to start supporting and working with other African partners.

He says: "We can't build an industry on our own, we need to collaborate with other African partners to be able to do that. As a continent, we're unrepresented on the global media landscape and if we all try and do it on our own, it's going to be more difficult. The cliché is very true that if we build together we'll be stronger."

As the SA story celebrates a decade in film, Trevor Crighton takes a look at its impact — and where the Crazy Eight are now
Lifestyle
4 months ago

Sunu Gonera, the director of this somewhat Afrofuturist film about following your dreams, hopes views 'see themselves in the story'
Lifestyle
4 months ago

Even traffic cops forget their duties when they stop the co-creator of Mzansi's hit soapies, 'The River' and 'Legacy'
Lifestyle
4 months ago
Next Article