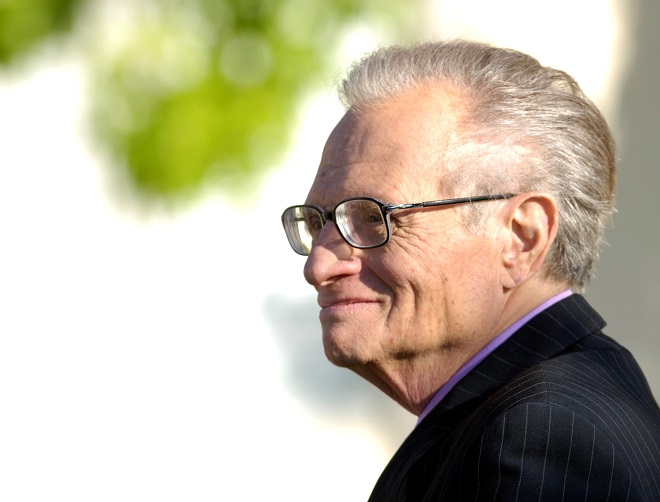 Larry King, who quizzed thousands of world leaders, politicians and entertainers for CNN and other news outlets in a career spanning more than six decades, has died at age 87, CNN reported on Saturday, citing a source close to the family.

King had been hospitalised in Los Angeles with a Covid-19 infection, according to several media reports. He had endured health problems for many years, including a near-fatal stroke in 2019 and diabetes.

He had been hospitalised at Cedars Sinai Medical Centre in Los Angeles for more than a week, CNN reported.

Late Larry King: Interviewing Mandela was 'one of the great moments of my life'

Iconic US TV host Larry King has died at age 87 after being hospitalised with a Covid-19 infection.
Lifestyle
6 months ago

Millions watched King interview world leaders, entertainers and other celebrities on CNN's Larry King Live, which ran from 1985 to 2010. Hunched over his desk in rolled-up shirt sleeves and owlish glasses, he made his show one of the network's prime attractions with a mix of interviews, political discussions, current event debates and phone calls from viewers.

Even in his heyday, critics accused King of doing little pre-interview research and tossing softball questions to guests who were free to give unchallenged, self-promoting answers. He responded by conceding he did not do much research so that he could learn along with his viewers. Besides, King said, he never wanted to be perceived as a journalist.

“My duty, as I see it, is I'm a conduit,” King told the Hartford Courant in 2007. "I ask the best questions I can. I listen to the answers. I try to follow up. And hopefully the audience makes a conclusion. I'm not there to make a conclusion. I'm not a soapbox talk-show host ... So what I try to do is present someone in the best light.”

Fashion heavyweights pay tribute to the late co-founder of one of the country's most influential brands.
Lifestyle
6 months ago

40,000 now dead from Covid-19 in SA, but Mkhize says 'promising evidence' that second wave on the decline