The ancient Greek philosopher is the true godfather of wellness. Consider his teachings for your own 30-day challenge 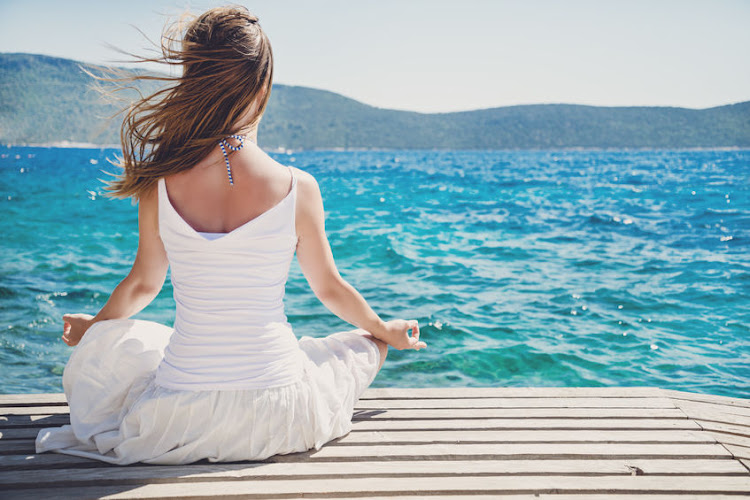 In case you've lost track of time, we're all still in January. I too am constantly surprised by that fact. I mean, it could be September for all I know, given the same-same quality of life these days.

To be fair, there are some clues that it is actually a new year. It's all the "new-you" stuff that's the giveaway. If your social-media feed is anything like mine then you're also experiencing an inundation of sorts. Every five seconds my screen is overwhelmed by Kayla Itsines (bless her), doing a Bulgarian squat or a leaping burpee, urging me to join her
30-day sweat challenge.

There's also some guy without a shirt — always without the shirt — banging on about how I need to stop running. Now! Because I've been doing it all wrong. I never find out exactly what I've been doing wrong, because, well, I'm not clicking on his aggressive abs to enter the promised land of upbeat hope and glory.

I can only presume that all of this energetic bonhomie is feeding a deep, existential need in the populace at large. We're all feeling a little bit lost, despite the fact that we're stuck in place.

So, I have a proposal to make. It's a little radical. Instead of signing up for a diet plan or an online exercise regime with an antipodean Greek, like Ms Itsines, I say sign up with an ancient Greek instead. His credentials are excellent: scientific and philosophical, that have stood the test of time, despite the almost soul-destroying blip of the Dark Ages (not the ones we're in presently).

Technology can enhance exercise, but it can never replace it. Or can it?

With virtual fitness trainers already out in the world, can exercise avatars and nanobots be far behind? Devlin Brown reviews workout trends for 2021
Lifestyle
1 year ago

Pythagoras gave us the famous theorem, advances in geometry, never mind the music of the spheres and more terrestrial harmonics, the cosmos, the roundness of the earth, the planet Venus and vegetarianism.

Yup. Vegetarianism. This is Veganuary after all. There's some debate as to whether Pythagoras was entirely opposed to all meat, but let's just say he argued for a diet that consisted of mostly vegetables, most of the time.

Pythagoras also may have trained as a boxer for the Olympics — and some people claim that when he was in training he argued for all meat, all the time, as being particularly beneficial for athletes. That would be music to Tim Noakes' ears, but even if he had identified the benefits of protein, there's enough evidence to suggest that, on the whole, he was all for the vegetable matter.

This was based on the idea that animals have souls, and that we, as humans, are deeply embedded in nature and should respect our fellow creatures as equals instead of eating them. He was, however, violently opposed to the flat bean. He would not even cross a field planted with it. Other than its troubling flatulent properties, I don't know what this bean thing is about, but we could do worse for ourselves and the planet than trying a spot of judicious vegetable consumption. 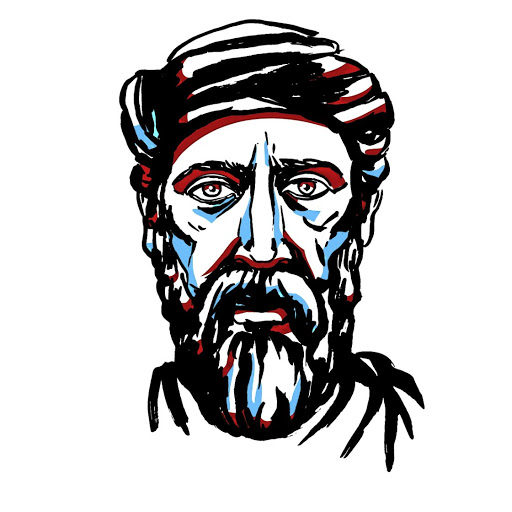 Pythagoras gave the world much more than his famous theorem.
Image: 123RF/Mariia Domnikova

Apparently his students (called mathematikoi — mathematicians) followed a daily routine that sounds positively blissful, never mind virtuous: wake in the morning and embark on a solitary walk to commune with nature. It was a meditative walk to some pretty spot, where they would ponder the coming day in silence.

Then some exercise to get the blood flowing , before applying themselves to the day's work. Obviously they were hard at it — analysing numbers and other such philosophies (he was the first to coin the term).

They built up to a simple lunch of bread and honey followed by an afternoon walk — this time with friends. Friendship was considered the greatest good: "Friendship is equality," he said. Conversation was the point. Ambulatory discourse, to tease out and debate the questions of the day, the nature of the universe and the role of the human in it.

After all that, visitors were welcomed and encouraged to join talks on edifying subjects, sometimes held publicly. An early dinner followed by lively conversation was encouraged.

Of course, restorative sleep was vital. Pythagoras was insistent on lovely white sheets. In fact, everyone was encouraged to wear minimalist white. I won't lie, this would simplify a lot of sartorial questions, particularly appealing in these days of the perennial sweat pant.

Each night before sleep, Pythagoras said you should ask yourself three questions: In what way have I transgressed? What have I done? and What should I have done that I have omitted? Once you could answer all these questions honestly and find peace with your actions, you could sleep, without "devouring your heart".

Pythagoras was opposed to wasting good energy on grief and sorrow. He was famous for his simple aphorisms, many of which seem eerily applicable to this moment. Like, "Those who do not punish bad men are really wishing that good men are injured". I'm thinking of those PPE beneficiaries here.

Also, "Don't poke the fire with a sword" — as in, it's not wise to provoke a powerful, egocentric man — Trump, anyone? He also said that man is a microcosm; all the elements and powers of the universe reside in us. It's a comforting and challenging thought.

I can tell you one thing, if Pythagoras was popping up in my feed, I'd totally sign up for his 30-day challenge.

Ah, how history repeats itself. Those Visigoths with their furs and uncouth ways are at it in our time, too
Lifestyle
1 year ago

Look but don't touch: whether it's the sea or sweets, the tempted will make a plan

Holidaymakers this season showed a remarkable resilience regarding the ocean ban, coming up with loopholes and plan Bs galore
Lifestyle
1 year ago

A plague-induced variant of the brothers grimm

Just when you thought Meghan was ensconced as royal role model, her late mother-in-law makes a comeback.
Lifestyle
1 year ago