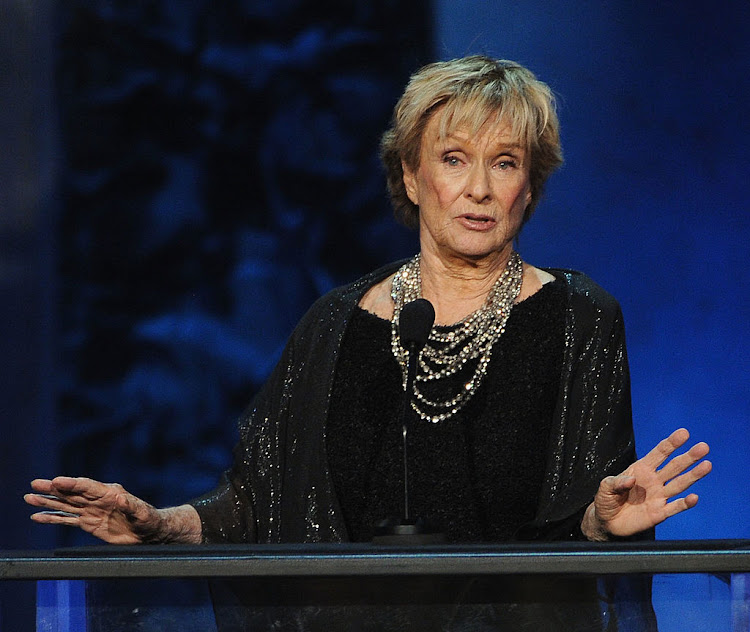 Actress Cloris Leachman has died at the age of 94.
Image: Kevin Winter/Getty Images

American actress Cloris Leachman, who won eight Emmys for her work on The Mary Tyler Moore Show and other television programs as well as an Academy Award for The Last Picture Show, died on Wednesday at the age of 94, her representatives said.

Leachman's publicist said in a statement that the actress died of natural causes at her home in Encinitas, California.

“It’s been my privilege to work with Cloris Leachman, one of the most fearless actresses of our time,” her manager, Juliet Green, said in a statement.

“There was no-one like Cloris. With a single look she had the ability to break your heart or make you laugh till the tears ran down your face. You never knew what Cloris was going to say or do and that unpredictable quality was part of her unparalleled magic,” Green added.

Leachman, who appeared in three of Mel Brooks' comic movies, kept acting regularly well into her 90s. She was a contestant on Dancing With the Stars at age 82 and appeared in the 2019 reboot of the comedy series Mad About You.

Such sad news—Cloris was insanely talented. She could make you laugh or cry at the drop of a hat. Always such a pleasure to have on set. Every time I hear a horse whinny I will forever think of Cloris’ unforgettable Frau Blücher. She is irreplaceable, and will be greatly missed.

“She could make you laugh or cry at the drop of a hat ... Every time I hear a horse whinny I will forever think of Cloris’ unforgettable Frau Blücher,” Brooks wrote on Twitter, referring to her role in Young Frankenstein.

Leachman grew up in Des Moines, Iowa, and studied under Elia Kazan at the Actors Studio in New York, where Marlon Brando was a classmate. Starting in the late 1940s, her early jobs included working on stage with Katharine Hepburn in As You Like It, as well as small roles in movies and live television dramas.

One of her first regular jobs was playing the mother on the popular Lassie show in the late 1950s and television would provide many of Leachman's greatest successes. She won best-supporting actress Emmys in 1974 and 1975 for playing the nosy landlady on the popular Mary Tyler Moore Show, which led to a two-year run for Leachman in her own spin-off series, Phyllis.

She also won Emmys for playing cranky Grandma Ida on Malcolm in the Middle in 2002 and 2006, as well as roles in the drama Promised Land in 1998, a Screen Actors Guild variety show in 1984, a 1975 appearance on Cher's variety show and A Brand New Life, a 1973 television movie.

She was nominated 12 other times and also won a Daytime Emmy in 1972.

Leachman's movie work also was distinguished, highlighted by The Last Picture Show in which she played Ruth Popper, the emotionally crippled wife of a small-town football coach who has an affair with one of his players. As director Peter Bogdanovich predicted, she won an Oscar for the role.

Leachman made an impression in three of Brooks' movies, playing comically villainous characters in Young Frankenstein and High Anxiety and Madame Defarge from A Tale of Two Cities in History of the World: Part 1.

Age did little to slow Leachman. In 2008, she became the oldest contestant ever - and a fan favourite - on Dancing With the Stars and followed that up with an appearance on the reality show Celebrity Wife Swap.

Leachman took a lighthearted and unpredictable approach to life. A lifelong vegetarian, she was in her 70s when she appeared nude - but with her body painted with fruits and vegetables - on the cover of Alternative Health magazine in 1997.

Asked in 2010 how she managed to keep professionally busy at her age, Leachman told the New York Times, “I don't like that word 'busy' because that's not how I live at all ... When I do work, it's not work; it's great fun and exciting and fresh.”

Leachman and director-producer George Englund married in 1953 and divorced in 1979. They had five children.

Sam Phillips has died,.He was 72 years old.
TshisaLIVE
1 year ago

The rock legend's death was announced by his son Wolfgang.
Lifestyle
1 year ago