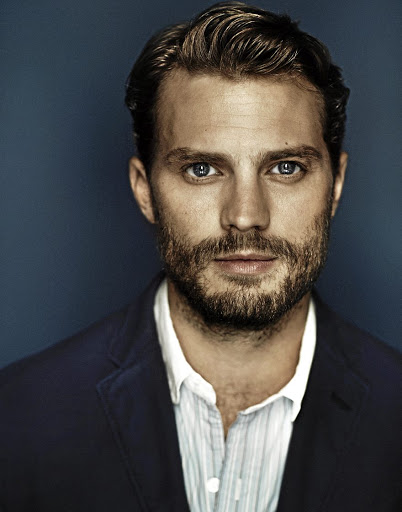 "In Ireland we're a real country of piss-takers ," laughs Jamie Dornan. He's getting some criticism for his Irish accent in Wild Mountain Thyme, which is perplexing, since he's Irish.

"No matter what you put out into the world you're going to have the piss taken out of you," he shrugs.  "I accept that. One person's version of the 'right' Irish accent is different to another's — and they can be from the same village."

The romantic comedy, written and directed by John Patrick Shanley, who wrote Doubt and Moonstruck, is based on Shanley's play, Outside Mullingar.

Anthony, played by Dornan, is a physically awkward farmer, scarred by and scared of love.

"He's a simple guy from the land and that's all he knows. An amazing, beautiful, incredible, fascinating woman [played by Emily Blunt] has lived near him his whole life. All she wants is him but he can't recognise that. To be honest, I just wanted to give him a hug," says the Holywood, Northern Ireland, native.

Jon Hamm is excellent as the American love interest who could steal her away and Christopher Walken plays the bullying father who announces he's about to sell the farm Dornan's character thought he'd inherit, prompting him to work through unfortunate events — and acquire the courage to propose. The personalities are big, and it's set in the Irish landscape — which proved to be a challenge.

"There's a lot of rain in Ireland, but we needed more. Everything is elevated in rain, it brings drama, so we also had to bring in rain machines, especially for the climactic love scene. I was lucky. I had my back to it, so Emily got the worst of it. The way the wind was blowing she was getting it directly in her eyes and they were going all flickery."

Then there were the animals — and he's allergic. "We live in the countryside and have goats, chickens, a rabbit, a horse and a dog," he says, speaking on Zoom from his home in Ireland. "I'm allergic to most farm animals."

What else gets him into a bit of a bother? Being surrounded by a sea of women!

"I have two older sisters and I have three daughters and a wife [Amelia Warner, who wrote the score for the film]. I'm surrounded by females," he laughs. "Sometimes I find myself questioning my place. I get left out a lot. There are a lot of closed doors: girls only!"

Dornan's eldest daughters, Dulcie and Phoebe, follow in their musical mother's footsteps, learning piano and joining in for Christmas carols. They love Dad to sing to them while he strums the guitar, but he found the experience of singing in Wild Mountain Thyme, "quite terrifying".

"On the first day of the shoot Emily and I sang together. She's a serious singer, her voice is incredible. It was daunting to sing with her."

Dornan says: "I've played a lot of characters — Christian Grey in Fifty Shades of Grey, Paul Spector in The Fall — who are all about control and confidence. Anthony is the opposite. He's uncomfortable in his skin. I have versions of him in me and insecurities that are closer to Anthony than to the controlling characters I've played. My confidence actually came when I met my wife. Suddenly I had more purpose, particularly now that we have kids. Every decision I make is for my family. I like that role. It makes me comfortable."

The former 'World's Sexiest Man' talks to Margaret Gardiner about his new film, 'The Midnight Sky', his Foundation for Justice, and how his young ...
Lifestyle
1 year ago

'The Crown's' Emma Corrin on her 'terrifying' resemblance to Princess Di

The director has harsh words for critics who don't 'get' his new show, writes Margaret Gardiner
Lifestyle
1 year ago